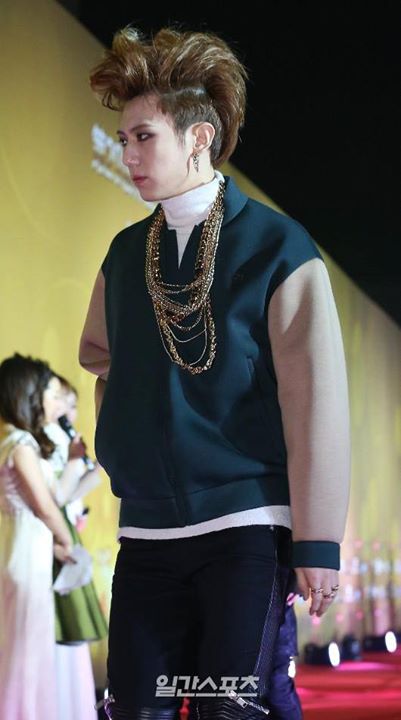 With the last of award ceremonies over and a slew of comebacks beginning, January was a great month for bad fashion. The dynamic K-pop industry is always experimental and full of expression, but sometimes it seems as if our favorite idols’ coordis hate them. Take Hyunseung, for example. What terrible offense did he commit against his stylist to end up with this outfit?

The outfit on its own is extremely unflattering — although it does look much warmer than the outfits many of the female idols were wearing, so points for comfort? — but it’s made worse with the hairstyle. I don’t even know how to describe it; all I know is that the amount of hair product used could probably pay a semester of my tuition.

It seems January was specifically bad for groups I love because U-KISS is next on the list. I didn’t mind the first suits they wore in their “Playground” MV, but the second suits worn in the MV and on Inkigayo were an eyesore. The pattern was odd, but it wouldn’t have been so bad had it been confined to the suit jacket rather than the bottom half of the jacket and top half of the pants. Instead, it looks as if the suits were inspired by a game of Pick Up Sticks (their stylist obviously lost).

I thoroughly enjoyed Infinite H’s “Pretty” music video. It was entertaining, and Dongwoo and Hoya’s enthusiasm made it even more fun — But their fashion choices should have been put on trial.

I’m not even talking about the confederate flag on Dongwoo’s pants (although that certainly would be a choice worthy of the Worst of K-pop Fashion moniker). No, I am personally offended by the dish towel shirt Dongwoo was sporting around 1:33. Why? Does he spill things that often that he needs a towel sewn to his shirt?

The towel shirt completely eclipses Hoya’s outfit during the same time frame, as well as Hoya’s butterfly outfit (1:12) and Dongwoo’s eclectic outfit at 2:20. Sure, I’m now a fan of Infinite H, but only with my eyes closed.

Lastly is 9Muses‘ teaser photos for their latest release “Drama.” Upon first glance, their outfits don’t seem like bad fashion. However, they make January’s Worst of K-pop Fashion list because, after being accused of plagiarizing one of W Korea‘s 2013 pictorials, their company claimed it was an homage done with consent of the magazine. Of course, W Korea denied giving permission to Star Empire, and Star Empire was forced to admit they they never got permission, leaving 9Muses’ beautiful teaser photos permanently tarnished. 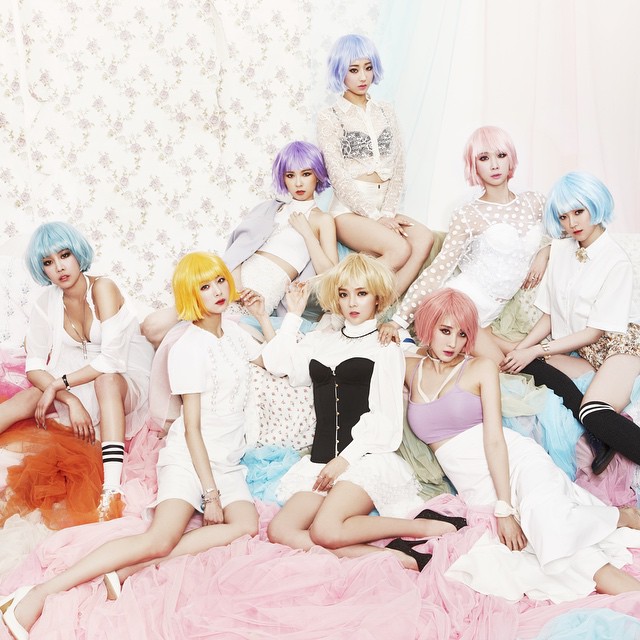 Have any other bad fashion choices you want to point out? Tell me what I missed in the comments below!