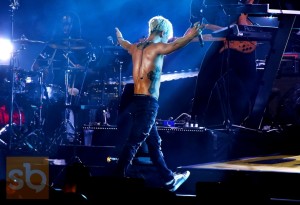 Taeyang finally embarked on his first solo world tour Rise, named aptly after his sophomore album release. He has mentioned in quite a few interviews that he spent a lot of time and effort working towards his goal of this second album and a world tour, and fortunately, his four years of hard work came to fruition.

I had the pleasure of attending his concert in Singapore this past Sunday, jamming to Taeyang hits with a 4000-strong crowd. And although Taeyang has one-fifth the star power of Big Bang, a solo concert ensures that every attendee at the concert was a fan of the vertically challenged singer, who easily melts fans’ hearts with his charming eye-smile and his impressive stage presence.

Before Taeyang got on stage, fans were discussing and placing bets on which song Taeyang would choose to satisfy our wishes by ripping off his shirt (check the video below for the answer). But when the lights dimmed, fans forgot about the bets and were immediately screaming for Taeyang to get on stage, shirtless or not. 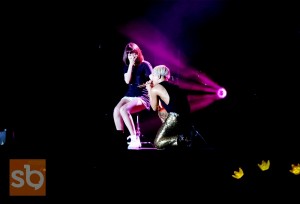 If I were to choose one word that embodies Taeyang, it would be versatility. Seriously, this guy can pull off anything from groovy dance tracks to the raw and stripped-down ballads. The setlist for the night was definitely well put-together with an easy flow throughout. It started off with a couple of upbeat songs, such as “Body” and “Move,” to get the crowd dancing along on their feet. Shortly after, he invited a female fan on stage and proposed to her, before segueing into what he does best — R&B ballads.

He took to the keyboard, displaying his well-rounded musical skills, for a passionate rendition of “You’re My” and “I Need A Girl.” Subsequently, the cheers intensified when the first few notes of “Wedding Dress” chimed, and the band accompanied Taeyang to bring a remix version of his iconic song, complete with coordinated fan chants of “Dong Young-bae.” Of course, the amazing night continued with another standout performance of Taeyang belting out “Eyes, Nose, Lips,” with a solo spotlight on him. It’s impossible not to love him for the incredible heartfelt vocalist he is.

And when Taeyang was done with his romantic serenades, he brought the energy level back up by performing another fast-paced crowd favourite, this time “Ringa Linga.” It was heartening to see how he fed off the exuberance of the fans, as he was basically itching to make his way to the extended stage to interact with the fans. He also proved his ability to achieve the charisma of two when he performed “Stay With Me” and “Good Boy,” with an imaginary G-Dragon on the screen. Big Bang hits “Bad Boy” and “Fantastic Baby” were the sing-along tracks for the encore stage, proving that Taeyang might be one-fifth of Big Bang, but he can bring the same amount of game. 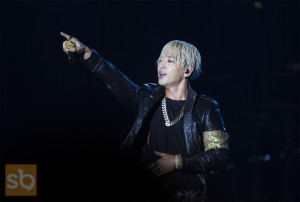 Any previous concerns doubting whether Taeyang could power through a two-hour concert on his own were quickly assuaged. He showed no signs of breathlessness or exhaustion throughout the entire night, and it’s exceedingly evident in the way he moves on stage that he absolutely loves it. He loves the stage, and he owns it. While it’s great to be one-sidedly enjoying the performance, it’s ten times more captivating when the artiste himself is having a blast of his life as well. Taeyang’s tendency to constantly freestyle and groove to his own songs made every moment thrilling and unpredictable. Just blink, and you’d miss the moment.

The concert also benefited greatly from both a fantastic sound system and live band. While most K-pop concerts rely on MR tracks, the use of a live band significantly enhanced the way Taeyang’s vocals blended in with the instruments. The rapport Taeyang has with the band is apparent, as the band never once overpowered Taeyang’s on-point vocals. The only nitpick I have is that Taeyang seemed to have used a double track, as he was merely ad-libbing for quite a few parts of his songs. The parts where he sang live were still amazing, but I just wanted more of it. 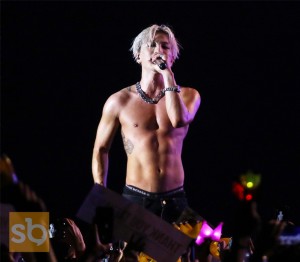 And lastly, Taeyang’s decent English skills also made his emceeing moments way more entertaining than I expected. While most K-pop groups usually play off their awkwardness and insufficient English skills by bantering in broken English with each other, Taeyang proved otherwise by conversing fluently with the crowd, joking about panties and toilet habits. And naturally, as true Taeyang fans, the crowd had no qualms and were equally bold in responding with cheeky replies.

All in all, Taeyang’s solo concert was indeed a night to remember, in part due to the enthusiastic fans who cheered and chanted their hearts out. And for the star of the night, while Taeyang himself is an exceptional performer in terms of both his vocals and dancing, he greatly reaps the reward of having an extremely solid repertoire. While his album title songs are practically legends themselves in K-pop, his B-sides are not shabby either, each worthy of title song status. It notably elevated the overall quality of the concert, and at the end of the night, I had one thing to say: Thank you, Taeyang.

Check out some of our photos below, with more to come on our Tumblr. 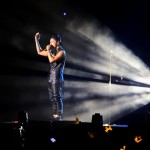 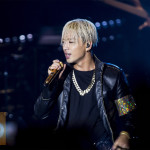 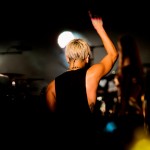 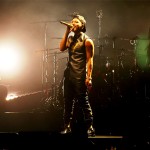 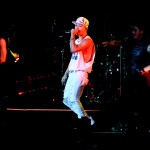 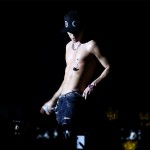 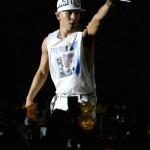 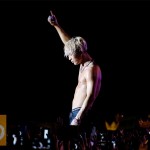 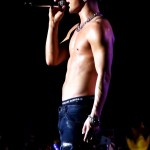 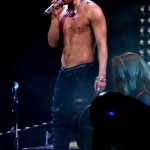 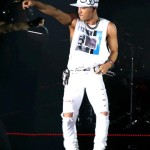 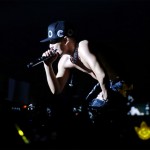