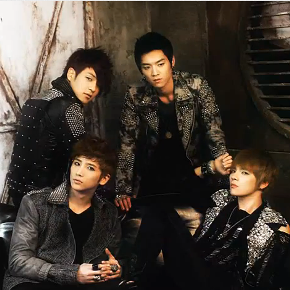 Currently with all four members, despite the group’s line up constantly changing since their debut in 2007, Tritops has comeback with the song “Your Temperature”. “Your Temperature” fits the season, embodying the genre of a winter ballad. It is a seemingly simple song that is paired with a simple MV, but don’t write it off just yet. There is as much to be found in simplistic things as in complicated ones.

The song is a ballad, meant to showcase the more emotional vocal qualities of the group. Loss and longing define the song, as the singers pine for their lovers, with the hook ‘missing you’ becoming the stand out english lyric. Though not a very original music concept, the progression is straightforward and leaves room for the artists to fill each note sung with emotion.

The song starts with each member taking turns singing, and then it gradually becomes more layered as the song progresses; If Ogres and Onions have layers, “Missing You” does too. The highlight of the song is when the pace and emotion builds as each members’ vocals start to overlap, harmonizing and hitting high notes. Though the song concept is not entirely new, Tritops has the vocal abilities to make the song attractive.

The vocals of the group are practiced and precise, as you would expect them to be when some of the members have worked together for 7 years. This is definitely a song that would find its legs when sung live, allowing the listener to completely focus on the vocal talents of the group. They have steady and clear vocals, laden with emotion that can easily attract any listener. The stage is where this group has the ability to prove their talents, with them already providing stellar examples of live performances, such as “I’m a Bad Boy”. The group’s vocals are really the selling point of this song and it’s sad to say the MV to pales in comparison.

The MV is extremely straightforward compared to the crazy plot driven MVs we have seen and grown to love over the years in K-pop. Instead, the MVs focus is on just the singers themselves as they sing to the camera. It sounds boring, right? Sure, these men are nice to look at, but overall it’s not really enough to keep the viewer interested. This simplistic direction does have a purpose; it serves to increase the focus on the group’s singing ability, allowing the MV to accentuate the mood of the song instead of overpower it. 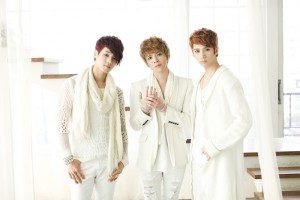 The barren and cold landscape is symbolic of the empty and longing feelings that people have to deal with when going through a break up. Though, it does seem like the group endured harsh circumstances to bring that added dimension of frosty feelings to the MV — with the breath of the singers clearly being seen in the cold weather. It must have been freezing!

Tritops is definitely embodying the meaning of the phrase where a person is a ‘slave to their art’. If they really wanted to push it further, I think they should’ve filmed the video in the middle of a snowstorm in Antarctica.

Furthermore, as the group acts towards to camera, they portray the emotions of the song though their facial expressions and movements. This ultimately brings back the focus to the emotions portrayed vocally by the artist; Everything in this MV is thought out so the listener will focus on the group’s singing ability above all else.

The song and MV are simple, adding one more winter ballad to the hordes out there. Though the MV is not really eye-catching, and to an extent even boring, it fills its purpose; in contrast the song is both musically and emotionally attractive, filling up the spaces left by the MV. Tritops has the vocal ability to pull off promoting a song solely focused on their vocals and I hope it goes well for them.