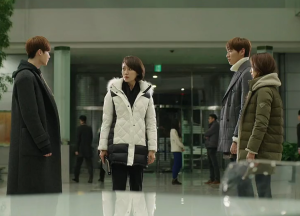 Just when I thought things were wrapping up and we were working towards the drama’s resolution, these few episodes string together characters and past events in anticipation of a final showdown. With the protagonists and antagonists becoming clear and stakes being raised, we’re undoubtedly headed towards the climax of Pinocchio.

Song Cha-ok’s conflict with the bus company owner, which was what the last four episodes left us off with, was settled surprisingly quickly in these newest installments, seeming to serve the sole purpose of showing Choi Dal-po’s growth as a reporter — he gave up the opportunity to take revenge on Cha-ok in favour of telling the truth. The real focus the story as it draws to a close is probably the fire at the chemical waste disposal plant that killed seventeen people and the reveal that Seo Beom-jo’s mother and Song Cha-ok are responsible for conspiring to hide the cause of the fire, and that they did the same thing thirteen years ago in the fire that killed Dal-po’s father.

I’m not sure how much I’m liking this development in the plot. On one hand, it definitely adds momentum to keep the drama going — Dal-po learns his father was a victim of a larger conspiracy, everyone’s stories are tied together, Ahn Chan-soo’s family is put at stake, and our main characters are given the opportunity to stop history from repeating itself. On the other hand, the drama is starting to gain a touch of makjang, with the sheer unlikelihood of a large-scale fire happening a second time with virtually the same characteristics as the first. Furthermore, what are the chances that it was once again Beom-jo’s mother’s assemblymen that caused the fire and that they managed to find a scapegoat to divert media attention this time around too.

Following these advancements in the storyline, Beom-jo’s mother has revealed herself to be the stereotypical chaebol mom — unpleasant and influential. While an antagonist was needed to conflict with the young reporters, I do wish the writer would be more creative in her choices. That being said, Kim Hae-sook is doing a wonderful job portraying the two-sidedness of Beom-jo’s mother, and the calm tone she always uses sounds particularly fearsome when she says something as ominous as, “That Ki Ha-myung is starting to get in my way.” 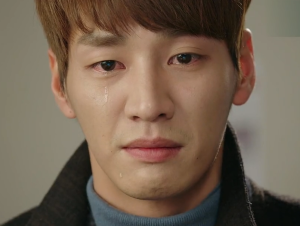 Meanwhile, Beom-jo himself has completed his transformation into the typical second male lead. I was initially pleasantly surprised by how accepting he was of Choi In-ha’s feelings towards Dal-po, but as the drama went on he predictably became a part of the love triangle between Dal-po, In-ha and himself. In these recent episodes, we see that of the two men, he is the one who is always there for In-ha, yet as a second lead, he naturally does not have a chance with the girl. What is more currently interesting about his character is the influence of becoming a reporter on his growth. Having been raised in a sheltered environment, we see him transition from a cheerful and obedient son to one who is visibly more mature and has learned to questions what he previously took for granted. His experiences as a reporter have caused him to undergo physical and mental hardships that he had never imagined; within his first few days at the police station, he commented on what a scary world it was out there, which is particularly symbolic as throughout the drama, he was continually exposed to darker sides of the world. The greatest suffering he likely had to undergo was learning that his mother wasn’t who he thought she was, and this raises the question of where he will stand when Dal-po and In-ha confront his mother about her coverup. 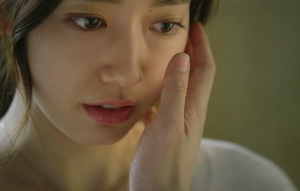 I also applaud his character for calling Dal-po out for his lukewarm attitude towards In-ha, which was something that had bothered me as well prior to the reconciliation between the two. Despite Dal-po having made clear to In-ha that he needed to cut ties with her in order to execute his revenge on her mother, in almost every interaction between the two he showed he was not ready to let go. He even directly told her on the night he became drunk that although he could not hold onto her, he didn’t want her to go to someone else. This struck me as somewhat selfish, therefore it was a relief to see him finally confess about not being able to give her up at the end of episode 15. The way they chose to rebuild their relationship was incredibly simple and effective: instead of denying their love for each other, they chose to acknowledge that there were complications that prevented them from being together at the moment but resolved to work it out with time. Their coming clean about their feelings for each other has allowed for many cute moments between the two, which is certainly more pleasant to watch than them agonising over their love. On a quick side note, a love line seems to be blooming Hwang Gyo-dong and Yoon Yoo-rae as well, which will be quite adorable to see given their love-hate relationship with each other.

Finally, what really seems to be praise-worthy about the drama is the little details that aid the telling of the story. I had thought the introduction of Ji-soo, Chan-soo’s wife and their children was just a fun insert into the drama, until I realised that the writer was trying to show viewers all the people at stake (his family) should Chan-soo become the target of the media and the public. There’s also this heartbreaking moment when Chan-soo’s son asks his parents if the names the people at school were calling his father true, as it bears striking resemblances to when Ha-myung’s conversation with his brother revealed his faith in his father was shaken as well. 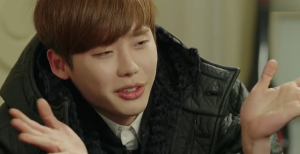 Details in Pinocchio also help strike the balance between humour and the overall seriousness of the plot. When Chan-soo carried Dal-po home, drunk, we got a grave explanation from the former of why Dal-po is avoiding his adoptive family: he feels apologetic towards his brother. Then, in the next instant, Dal-po woke up and started giving Christmas gifts to his grandfather “father” and Dal-pyung, complete with a slurred “Merry Christmas” and the shooting of hearts at the two. Likewise, there was a moving moment that in which Dal-po’s adoptive father went to visit Jae-myung in the prison to show him Dal-po’s childhood photos, but Jae-myung’s first response was, “What is with his hair?” Honestly, I’m sure many viewers thought the same thing when they first started the drama.

Pinocchio’s finale will be aired next week. While I’m disappointed that the series is drawing to a close, I’m also looking forward to seeing how all the built-up action will resolve.