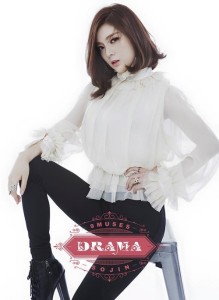 With a comeback announced for 23 January, Nine Muses have kicked off promotions for their new upcoming mini album, Drama, with the announcement of two new members who will be joining the current lineup, bringing up the total to eight.

First up we have Jo So-jin, a face who may be familiar to some K-pop fans as she was the promising Star Empire rookie included in the company’s unit project, Nasty Nasty. Alongside ZE:A’s Kevin and Nine Muses’ Kyungri, the trio released their single “Knock” in September of last year to critique and widespread comparisons to Cube Entertainment’s subunit, Troublemaker. Although the single did not fare too well, we were able to catch a glimpse of So-jin’s dance abilities which she can hopefully put to good use in her time with Nine Muses. 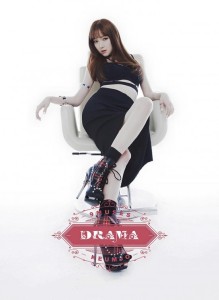 The second member to be added is trainee Lee Keum-jo. She has previously starred in the music video for “At The End Of The Day” by soulful duo V.O.S, and is also being promoted for her vocal talent that looks to strengthen the current vocal dynamics in the group.

Nine Muses are no strangers to line up changes as in the span of four years since their debut in 2010, they have undergone numerous member changes, including the most recent of which saw Sera Ryu, Park Eun-ji and Lee Sem graduate from the group in January 2014.

Hopefully the addition of two fresh faces will give the girls the edge they need to come back with a bang.