What Do Hyuna, Beyoncé and Disclosure All Have In Common? 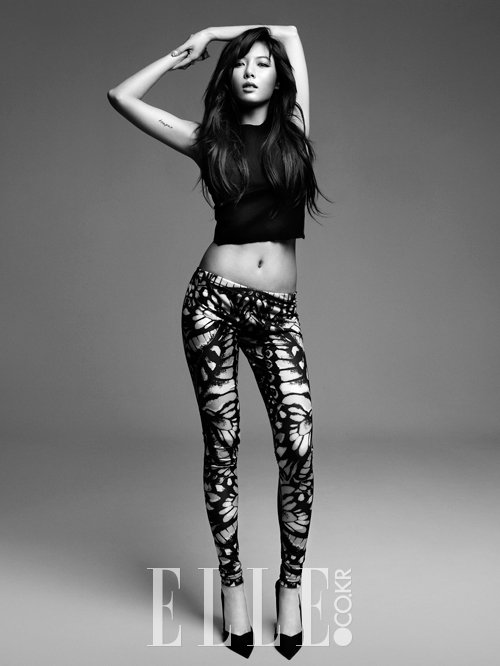 Hyuna, Beyoncé and Disclosure, you ask? Just a few of the names from Rolling Stone’s 10 Best Music Videos of the Year for 2014. Hyuna landed on the list at #5 for her racy “Red,” and earned herself this blurb:

Hyuna’s K-pop hit is a schizophrenic mess, switching from trap and hip-hop to bubbly pop and slinky Middle Eastern electro. The video does its best to keep up: While rapid scene shifts follow the song’s structure, wild images bring its lyrics to life. “A monkey’s butt is red,” goes the chorus, and on screen, a monkey with a bright red butt appears. “My lipstick is red…” and just like that, Hyuna’s wiggling on a pair of giant lips. The part where Hyuna’s about to cry? That’s when she’s singing about being lonely. Some major Korean broadcasters thought the original video was too hot for TV, which means it might be just right for an American crossover.

Though this description does a paltry, love-hate job of summing up what is going on in “Red,” and perhaps maybe why it is even important, I found myself thoroughly interested by the fact that Hyuna still catches the attention of a world audience. She clearly has always been the crown jewel of 4Minute fame (try to argue this point with me, I dare you), but so far that’s only been important to domestic reach. Outside her team and as the years go by, Hyuna has taken every opportunity to grow a personal brand. And her resulting success makes sense — Hyuna is fiercely independent, tenacious, and, for just 22 years old, absolutely relentless.

We did give “Red” a critical review upon it’s release, because let’s be frank, blind cultural appropriation is kind of K-pop’s weird foot fetish, but that is on the fault of the production team. “Red” still showcases enormous amounts of Hyuna’s talent — from dancing and rapping to acting — and is also stupidly catchy. Have you heard the hook? It’s playful and sweet at the same time, and drawing conceptually from a children’s nursery rhymes about monkeys and the color red gives this number a quirky twist.

Overall, Hyuna succeeds in balancing quintessential subversive K-pop sexuality with a legs wide open technique. It’s not an either-or type of deal. Hyuna is a cute-sexy package deal that bends K-pop music stereotypes from their predictable parameters and that is obviously what keeps her interesting. More or less, it must also be the reason she’s been popping up on the world music radar. 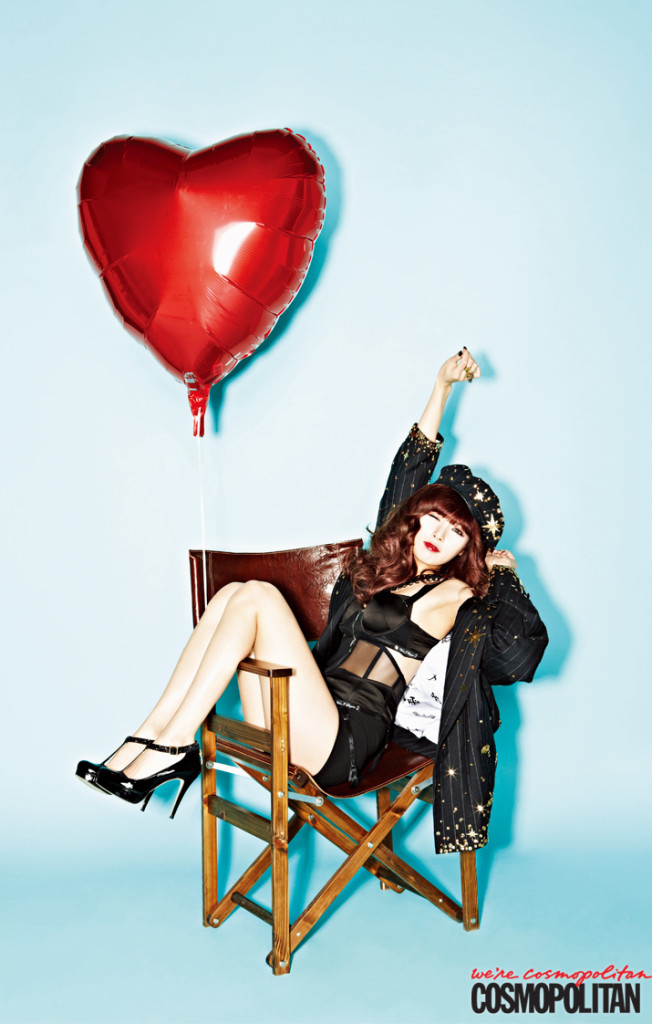 Pushing the sexy angle is tricky. Either you shoot a little short and miss the mark completely and it gets a little trashy or even predictable, or push the envelope entirely and redevelop sexy as a concept. Hyuna’s approach since the days of “Bubble Pop” has been a youthful, pop-art like approach to her sexy image, following suit to plotless and over-embellished MVs.

This of course isn’t necessarily a bad thing, however, when it works. I mean, Hyuna’s solo work doesn’t just break top ten GAON charts, or top them for that matter, because she’s a musical or artistic idiot (“Change” peaked at #2, “Bubble Pop” peaked at #4, Ice Cream nabbed the #1 spot, and “Red” peaked at #3 on the GAON).

The best part about Hyuna is her capacity for pushing limits and her own fearlessness about it. For a long time, when many of us had doubts about Hyuna, we used to wonder how something so young and innocent sounding could be so fiendish, to which Hyuna mainly responded by pushing us farther and farther into her cleavage, to which I said, in the words of her predecessor and her clear conceptual inspiration, Lee Hyori, “U Go Girl.”

If the haters were going to drag Hyuna down, they would’ve done it by now. But she’s too fast and too hard to give up that easily. From someone who used to loathe Hyuna, I can honestly say she’s the most fun female soloist and her tenacity is going to take her places. A cozy spot on a Rolling Stone list is not a bad way to star the year, so here’s to hoping Hyuna takes the momentum this year and runs with it.