Disbandment. It’s a word that drives shudders down a fan’s spine. No one wishes to see it next to the name of their favorite group, but alas, this is an inescapable fate for all idol groups. As much as we’d love to believe their cheers of “We’ll be with you for a thousand years!”, we must accept that all good things come to an end.

The disbandment of Wonder Boyz and Jewelry brought us a double blow. While the inactivity of Jewelry probably lessened the hurt for their end, the unexpected news regarding Wonder Boyz left many fans stunned and heartbroken. MBLAQ fans still don’t know what to do about Lee Joon and Thunder‘s departure from the group. J. Tune Camp tried to reassure fans this wouldn’t change things, but dude, come on — obviously, two members leaving the group changes things.

It’s a strange feeling to know that a group you’ve been following for years will no longer make music show appearances as a full unit. They were perfect together. They seemed so happy. Where did it all go wrong? That’s just the thing though. Sometimes it’s not a matter of what went wrong, but the fact that nothing lasts forever. Not even Twinkies. Yes, those things have an expiration date too.

The initial response from fans when this kind of news emerges is to immediately brush it off as fan folklore. “Wonder Boyz broke up? Yeah right, they’re just on hiatus. Stop spreading breakup rumors.”

Despite your skepticism, you can’t help but wonder how much of this is true. “I’ll just wait it out. It’s probably a lie.” — That’s what we always tell ourselves.

Soon afterwards, confirmation comes from the company or a group member. Your group is no more. Dreams of glorious comebacks have been thrown into a blender with your heart and tears. It simply isn’t fair. You love them. They can’t end like this.

Cue the melodramatic blubbering from fans who swear this is the worst thing to ever happen in K-pop. You know it’s not, but let’s not touch on serious issues here. Yes, disbandment is sad, but it’s not the worst thing ever. There are many good things to take away from this.

You can go through all of their MVs and TV appearances to relive the glory days. Watch their very first music show performance. Remember the time your bias said something hilarious in an interview? How about when they dropped their idol image for the purpose of laughter on a variety show? Look at their encouraging messages to the fans. They had so much love for us and will likely never forget the love we gave back.

Speaking of fan love, this is a great time to express it. Bust out every album of theirs and play every song. Play it loudly and proudly. Dance to their routines again. Enjoy singing off-key as you rest in the knowledge that you are most definitely killing the lyrics because you can’t speak a lick of Korean correctly. But, who cares? Probably your cat or your goldfish. Your pets may judge you, but that’s okay because you need that catharsis.

You know who won’t judge you, though? The fandom. If there was ever an appropriate time for a fandom hug, disbandment would be it. You need each other more than ever. Nobody cares who shares biases. No one cares about how long you’ve been a fan. You loved the same group. You understand their feelings, and they understand yours. You are all suffering together. Hug it out. 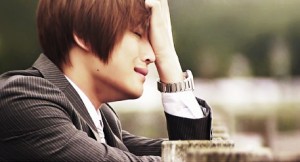 It’s okay to cry into your pillow. You can even scream if that eases the pain. Clutch that pillow with your group’s faces on it and sleep on it for as long as you need. The grieving period varies from fan to fan, so don’t feel badly if this depression lasts for months. When you’re in pain, there is no time limit for healing. Do it at your own pace.

Eventually, you will stop crying. This is when you know you’ve accepted everything. The group is over, but there is more music to enjoy from other groups. Wasn’t there another group that peaked your interest? Now would be a great time to get more into them. Some of their music appealed to you, so open your heart to them.

Bitter fans will call you a traitor as you do this because they probably aren’t ready to let go yet. Tell those fans, you understand their pain, but you’ve learned to deal with yours already. They’ll either get over it, or become stuck in a perpetual loop of denial waiting for a group reunion. While reunions are possible, don’t hold out stubbornly for one. Some things simply weren’t meant to be. 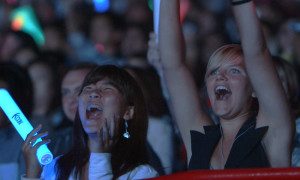 Besides, who says they’re all quitting music? Perhaps your bias will finally go solo or take up acting. Yes, more bias screen time!

They can live on their own now. Goodbye to sharing a bathroom with several other people! Goodbye, dating bans! Hello, family and friend visitations during holidays! They can live their lives again! REJOICE!

Your K-pop activities should not end just because your main bias group disbanded. This is a time for reflection and celebration. Reminisce about all the concerts, fan meetings, or other chance encounters you were fortunate to get while they were a group. Their music impacted your life and that will never change. Take this for what it is and express to the group how much you appreciate them making music that brought you joy. Wish them happiness and health because they surely want the same for you.

Wonder Boyz and Jewelry won’t be the last ones to disband in K-pop. Any of them can call it quits at any time, which is why fans should enjoy it while they can. Stop focusing on trivial fan wars or starting up smear campaigns against some vloggers who don’t like your group. It doesn’t matter. What matters is the music. Never forget that. Never forget them.

Be strong, fandom. You’ll get through this.