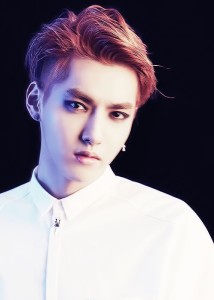 The K-pop community was shocked on the 26th of November, when B.A.P filled for the nullification of its contract with TS Entertainment. B.A.P has become the next in the list of many idols that have filed a lawsuit against their company on the basis of unfair treatment.

There has been a large increase in idol lawsuits over the past 2 years — starting with Block B’s lawsuit against Stardom Entertainment in early 2013. Since then, the torch has been passed on to Luhan, Kris, and now B.A.P, with each new lawsuit shedding light on the darker side of the industry.

It makes you stop and think about the fact that behind the glitter and glitz of K-pop there are some major problems in the entertainment industry that are not even being addressed. However, with these artists coming forward and pointing out these problems, there is an increased chance that something will be able to change. It all starts when idols speak up!

Lawsuit after lawsuit, the K-pop community has seen artists come forth with very similar reasons for wanting to file for nullification of their contracts. It all comes down to one thing, mistreatment — whether it be via unfair working conditions, contracts, income distribution or discrimination. B.A.P, Luhan, and Kris have all stated that due to constant promotion schedules they had not been allowed the proper time to take care of their own health. This subject is rarely touched on by the entertainment companies despite the many examples of idols fainting and obtaining injuries due to exhaustion. 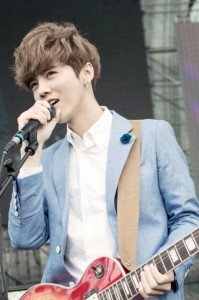 If you were exposed to B.A.P since debut in 2012, you know that the group has been constantly pumping out single albums in order to obtain the popularity they have today. This finally took its toll on the boys of B.A.P and their South American Tour was cancelled so they could get some much needed rest. It has become obvious that companies can’t sustain the current expected level of promotion without consequences for their artists, yet these procedures continue to prevail for almost every K-pop group.

It’s no wonder that B.A.P filled for the nullification of its contract with TS Entertainment when they supposedly were not compensated for their efforts — on top of being worked to exhaustion! B.A.P stated that despite TS Entertainment’s revenue increasing by 10 billion won (approximately $9 million USD), the members of B.A.P only received less than 18 million won each ($16,000 USD). If this is true, I’m with the them on this one. TS, where is their money? It’s not just B.A.P; Block B also claimed that due to monetary reasons they felt it was necessary to file a lawsuit, stating that some activities had been omitted from their income such as profits from OSTs. Once again, we see idols put in a position where they always seem to be drawing the short straw. Now, it seems the fear of company control and influence is no longer as strong as it used to be, with more artists finding the pros of leaving the company out-weighing the cons.

Back in 2009, filing a lawsuit seemed like career suicide for an idol. JYJ and Hangeng both filled lawsuits against SM Entertainment in 2009 detailing that they had been mistreated under the company. From that point on those idols were blacklisted from the Korean music industry; JYJ has not been allowed to promote their music on television since the lawsuit and Hangeng went on to pursue an acting and music career in China. Now, with all these new artists filing lawsuits, the question of ‘what will happen after the lawsuit?’ has come into concern. Will these new artist be like JYJ, who are banned from promoting, Hangeng, who no longer promotes in Korea, or will they be forced to take an entirely different path? 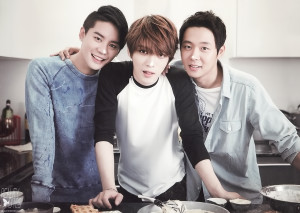 Each lawsuit opens up new paths that idols can take, proving time and time again that idols can survive without their original company. In relation to Luhan and Kris, they have gone to China in order to pursue acting careers just like Hangeng did. With the exposure in China they got from promoting with EXO-M, it looks like they have successful careers to look forward to. Furthermore, Block B showed the world that you could lose a lawsuit and still make it out the other side of the tunnel better than what you were going in. They are even more popular then when they were under Stardom Entertainment, with releases of “Jackpot”, “Very Good” and “HER” rocketing them into the spotlight.

It doesn’t just stop there, there is an abundance of options for idols within the Korean entertainment industry — ranging from acting, to singing, to designing, to being on a variety shows — that they can take up after the lawsuit. Although it probably depends on if you are an SM artist or not, because all their artists that have filed lawsuits seem to have drawn the short straw when it comes to being able to promote in Korea. However, it is clear that artists are gradually showing that it is possible to stand on your own terms. So if companies want to keep their artists, they are obviously going to have to start making some changes.

With growing amounts of positive outcomes to rising up against mistreatment and exploitation, companies could be forced to change drastically in order to keep their groups and artists. The idols have brought up the real issues and now it’s up to the companies to listen and act. That doesn’t mean banishing artists off the face of the entertainment industry — looking at you, SM. 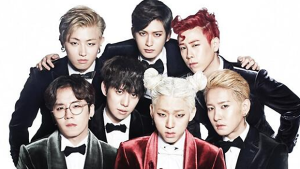 SM hasn’t seen any groups leave the company together through a lawsuit, like B.A.P and Block B, it has just been singular artists or parts of groups that have left. Obviously for SM Entertainment to keep their groups together they are going to have to focus on the desires of the individual more, which we are already starting to see in the new pursuit of soloists. It’s basically the same for all of the companies in the industry — whether it be Stardom or TS. Idols are ready to step out from the shadows of their companies and make their own decisions and I suggest that the companies let them.

It is becoming clearer with every lawsuit that idols are prepared to speak out and stand up for their rights.  Hopefully, this freedom of speech is not cut short before any big changes can be implemented. These lawsuits have the ability to start the ball rolling for companies to begin listening to and respecting the needs of their artists much more. What could possibly be wrong with that?