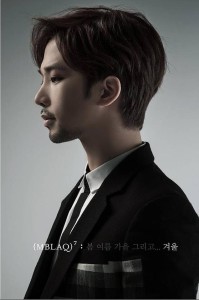 Despite the whirlwind of rumors surrounding MBLAQ last month, the group has decided to go on to release their seventh mini album Spring, Summer, Autumn and… Winter. It has definitely been a bittersweet couple of weeks for the A+ fandom as well as the group themselves.

With Lee Joon said to be leaving to pursue acting and Thunder also possibly choosing to not renew his contract, the fate of MBLAQ has been up in the air. That’s why it’s certainly impressive for J.Tune Entertainment  and MBLAQ to continue on with their album release plans, as well as their concert Curtain Call  at the end of November.

MBLAQ’s most popular songs on their Naver Music page form a list dominated by fierce, Europop-esque tracks with strong vocals and a powerful rap section. Upbeat dance songs like “Mona Lisa” or strong, angsty tracks like “This Is War” are generally along the style of what we’ve come to expect from MBLAQ as a group. 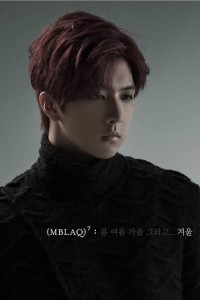 That’s why, as a casual fan, I was so very (pleasantly) surprised at the style of their latest mini. MBLAQ’s style in Winter makes them a great example of a group that, over the years, has learned to grow as performers and become versatile artists. The album’s vocals are all excellent, but the album’s songwriting and lyrics are also commendable.

Over the course of their career, MBLAQ’s members have joined in on writing their own music, and this mini album continues to show off the members’ talent. Every member, save for Joon, had a hand in lyrics, songwriting or composition. G.O. did all three for “Spring, Summer, Fall and…,” and leader Seung-ho did the same for the intro “Live in the Past” and “You Ain’t Know.”

Even the fashion and image for this comeback is more reserved than previous years. All I can say is that, despite it being “winter,” I’m glad that G.O.’s feathery poncho from 100% Ver. didn’t come back with them (regardless of how warm and fluffy it looks). Instead, we have the boys dressed up in sweaters and suit jackets ranging from gray to black. It’s definitely a more mature look, one they’ve been developing with their most recent promotions, fitting for a group that has a median age of twenty-five and has been in the industry for five years now. 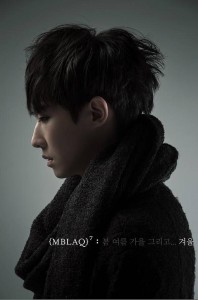 The four tracks on Winter (plus a short instrumental intro) are all ballads and perfectly convey the melancholy and pensive side of the season. The first song “Spring, Summer, Fall and…,” the album’s title track, is a classic idol ballad. Admittedly, it is not in the ranks of works by accomplished balladeers in the industry, but it is nevertheless an impressive piece that showcases how vocally talented this group can be. The song sets the tone for the rest of the album, and the tone of this song is melancholy. The lyrics lament the loss of a loved one and how over the past spring, summer and fall, “my memories and feelings are frozen to that time.”

“You Ain’t Know” shows a more angst-filled side of winter. This song is a lot closer to the title tracks that we’re used to seeing from MBLAQ, but it’s still noticeably slower and more thoughtful than usual. Even then, the lyrics and beat of the song betray deeper anger. 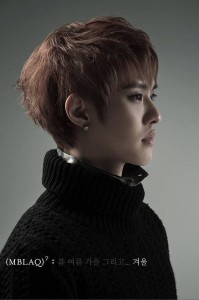 Finally, “Saying It’s Alright” is a song about parting and the feelings of sadness. The sadness of the lyrics is deeper and more emotional than the melancholy of the title track but more controlled and paralyzing than the anger of “You Ain’t Know.” Fiestar‘s Hye-mi provides an enjoyable new flavour to the song, and the balancing of male and female vocals makes the song my favorite on the album.

The last song, “Rust,” is an unplugged version of the same song that appeared on their first full album BLAQ Style. Unplugged here means removing the bass line in favour of a more prominent piano, which seems to fit the tone of the album quite nicely. I thought that placing this song from their early days at the end of what could be MBLAQ’s last album as a group was a beautiful and poignant touch, closing off an era with a reminder of their beginnings. 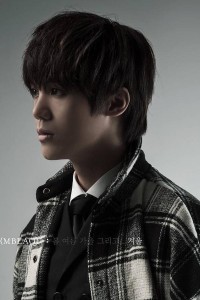 It’s hard to believe that it’s been five whole years since MBLAQ first debuted. They’ve certainly come a long way from their early days, and we’ve seen them mature and progress as artists and as a group. Winter as a mini album is short and sweet and reflects almost perfectly the bittersweet nature of the current situation.

With two members likely leaving the group, it is likely that MBLAQ may no longer continue in the future — at least with these five original members. The themes of parting and loss in the album are as such almost a foreshadowing of what may come for the group. The music and vocals of the album show a group that has evolved and matured over the past five years; it is wonderful that the group is ending their career on such a strong note.