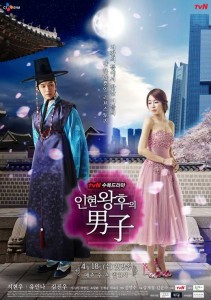 On November 28th, Pledis Entertainment along with Yuehua Entertainment confirmed that After School’s Nana has been cast in the Chinese television remake of the hit Korean drama Queen In-Hyun’s Man.

The Chinese adaptation comes alongside a host of Korean dramas and variety programs that have been licensed for remakes in China as well as around the world.

The Chinese version of Queen In-hyun’s Man will be titled The Empress’ Man and is set to air on Hunan TV beginning in February of 2015. While filming is rumored to begin in December, there has also been speculation that The Empress’ Man will follow a live shoot schedule.

The casting marks Nana’s first venture into acting. She will be the only Korean cast member, acting alongside popular Chinese actors Zheng Shuang and Jing Boran who will play the two leads. It is unclear what role Nana will be taking on in the series.

Another fact that remains unclear is Nana’s proficiency in Chinese. However, Pledis assured her dedication to both learning her Chinese lines and acting in a statement released November 28th.

We are delighted Nana will be able to participate in this work. This is Nana’s first time acting and she is looking positively toward the challenge, with high expectations… Nana’s commitment to being both an actress and singer is very strong. She is preparing diligently, as her lines are in Chinese.

While Nana and Pledis are excited about the endeavor, fan response has been mixed — although predominantly negative — on both the Chinese and Korean sides. Many are wondering why (and how) Nana was cast as the only Korean cast member in a Chinese adaptation, especially with no prior acting experience.

Readers: How do you feel about Nana’s venture into acting? Furthermore, how do you think the Chinese adaptation of Queen In-hyun’s Man will fare?