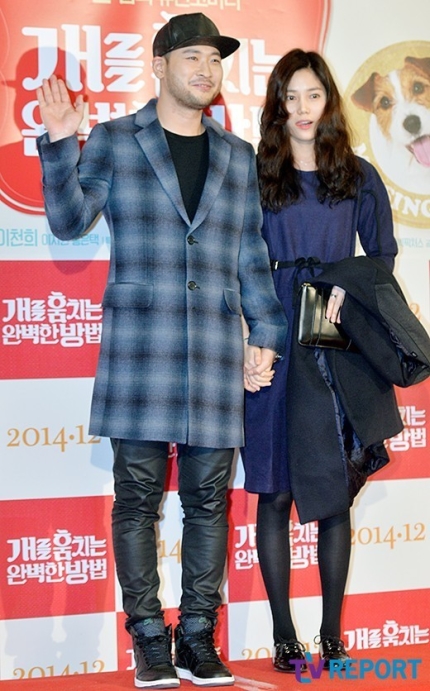 To be honest, though, the agency had little choice in the matter. Epik High was attending the VIP premiere for new film The Perfect Way to Steal a Dog — based on the novel How to Steal a Dog by American author Barbara O’Conner — when Mithra Jin turned up on the red carpet with Kwon, their hands entwined. We’ve heard some pretty fantastical excuses when companies deny things, but such an open gesture would have been hard to cover up.

That said, it is really nice to have a celebrity relationship revealed on the couple’s own terms, instead of being caught out by Dispatch. So, even though I am devastated that my Epik High bias is now off the market, I also could not be happier for him.

Congratulations to the new couple!

Readers, how do you feel about Mithra Jin going public with his relationship?