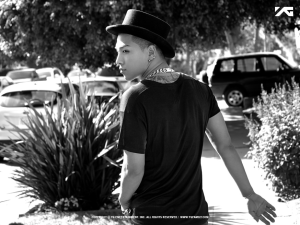 Fans of Taeyang have definitely had it good this year. Not only did he release his second full-length album after four years, YG even paired him and G-Dragon together for a GD X Taeyang release. Considering that the duo are well-known for being best buds since their teenage trainee years, it was indeed a godsend from YG.

Taeyang is a no doubt a talented and versatile artiste, as evident from his Rise album where he covered a variety of genres and each track was a masterpiece of its own. Still, Taeyang’s name is still more synonymous with his R&B pop roots from back in the day, a slight deviation from Big Bang’s hard-hitting hip hop style. The smoothness of R&B brings out the slickness and groove of his dance moves even better, something most K-pop fans are already aware of. In this K-pop Throwback, we take a look at one of Taeyang’s earliest releases, which cemented his status as a successful K-pop solo idol. “Wedding Dress” is one of the few K-pop songs that have penetrated beyond K-pop and into the Asian pop market, to the point that even non-K-pop fans were aware, and obsessed with this beautifully-heartwrenching ballad. 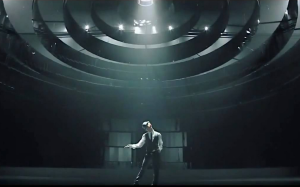 Being such a visual genre, it’s amazing how K-pop MVs rarely get it right — random seductive closeups, flashy bizarre outfits, an abruptly put-together storyline, and not to mention, the weirdest hairstyles ever. Many a times, a great song has been let down by a subpar MV, and I’m glad to say “Wedding Dress” will go down in history for doing just the opposite. The MV for “Wedding Dress” hit so many right notes, and it’s apparent in the way some of the more later well-acclaimed MVs have attempted to take a page from the “Wedding Dress” book.

Before we go into the awesomeness of the MV, the song itself definitely deserves a mention, for being such a well-composed and moving K-pop song. I never fail to recommend this song to my non-K-pop friends, as the catchy R&B melody with a smattering of wonderfully-placed ad-libs and vocal layering really make for a fantastic first (even if not representative) impression of the genre. By itself, the song is one of the few previous gems in K-pop, and Taeyang’s heartfelt delivery and emotions brings it to a higher level.

The intro of the song starts off with this beautiful piano solo, before being accompanied by some electronic beats and drums. As the intro transitions out and Taeyang’s voice takes centre stage, the tinkling of the piano floats quietly in the background without overpowering Taeyang’s vocals. Aided by the repetitive drum beat, Taeyang’s voice is the sole anchor of the song, and his tender execution allows the listener to be completely immersed in the song. “Wedding Dress” is a seamless example of how a song should properly flow. From the verses to the chorus, the transitions and dance breaks all fit together like a puzzle. The parts all come together faultlessly, and before you know it, you are hitting the replay button again.

The choreography adds another layer of perfection, depicting a strong freestyle technique that is so uniquely Taeyang. His moves fit seamlessly with the drum beats, and Taeyang just shows why he’s one of the best dancers in K-pop by pulling it off effortlessly. The dance complements the overall message and lyrics of the song, demonstrating the process of a guy beating himself up for missing his chance to confess his love.

To add to that, the flawless simple styling is such a far cry from Big Bang’s crazy costumes, in the best way possible. Dressed merely in black and white ensembles, Taeyang portrays the innocent love of a boy next door, with no ridiculous hair or accessories to distract from the stripped down and raw nature of the song. And indeed, simplicity is beauty. 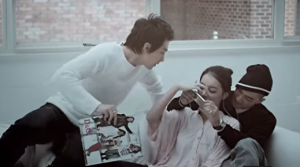 The choice to minimize the dance scenes with an emphasis on the storyline was probably what elevated this MV to legend status. Back then when MVs were filmed in box sets with clichéd boy-meets-girl storylines, “Wedding Dress” flouted expectations and crafted a relatable yet impactful story. The first half of the MV initially appeared to be a typical best-friends-turned-lovers story.

Taeyang is seen hanging out with the female lead all the time, and it’s shown that Taeyang evidently sees her as more than a friend. And before you think that a happy ending is in store for Taeyang, the previous scenes spring a twist on us by revealing the lurking mutual best friend, who beats Taeyang to the girl. As viewers all over the world cheer on Taeyang to fight for the girl, he nobly prioritizes his friends’ happiness over his, and is sadly relegated to the status of best man at their wedding. And even if Taeyang is not the best actor ever, his lingering touches and lovelorn gazes conveyed his painful unrequited love, and all our hearts were broken with him within those few minutes.

While many popular songs become viral through gimmicks, such as hilarious dance moves, or catchy one-liners, “Wedding Dress” certainly rose above gimmicks. There’s not one dance move or lyric that its success can be attributed to, it’s really the whole package that made is so well-received – from the song and lyrics, to the MV and choreography. It’ll go down in history as one of the best K-pop has to offer, one of the classics.