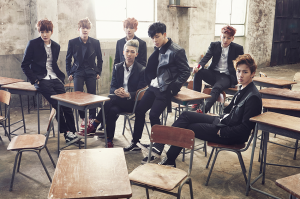 In a comment that has been largely overlooked by both Korean and overseas K-pop media, Suga from Bangtan Boys has stated that his ideal type is not restricted to females only.

Despite the lack of official media attention, there has been considerable discussion among fans — mainly within the Army fandom, BTS’ official fanclub — as to whether this is Suga’s admission of bisexuality (or pansexuality), a mistake lost in translation, or something in between.

Last week, BTS gave an interview to Japanese magazine Oricon Style, promoting their Japanese album Danger. At a first glance, the interview was pretty standard fare, containing all of the usual questions that interviewers ask during promotional period, and that we probably know by heart: What is the concept behind this album? Where would you go on a dream date?

Halfway through the interview, the interviewer asked Suga: “What do you notice first when you look at girls?” His reply was:

I focus on personality and atmosphere. I don’t have an ideal type and it’s not limited to a girl.

The line “not limited to a girl” was translated from the Japanese phrase “異性に限らず”. Japanese and Korean both derive a large percentage of their vocabulary from Chinese characters: 異性 (i sei)  here translates directly into Korean as 이성 (i seong). Both are derived from the same characters which literally mean “opposite gender”. Suga is saying that his view of an ideal type is not restricted to only the opposite gender, but encompasses all genders. 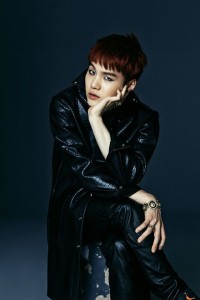 From his reply, it seems to me that Suga is implying that he simply does not see gender as related to attraction: in the same breath, he says that he looks solely at the personality and atmosphere surrounding the person, instead of worrying about gender. This could align with a definition of pansexuality — individuals who are attracted to people regardless of gender.

That being said, I wouldn’t want to label Suga as anything that he doesn’t identify as until he comes out and confirms it for himself.

I don’t want to rule out a mistranslation, either — it is entirely possible that Suga meant that he judges based solely on personality, regardless of gender and attraction. However, the implications of Suga possibly stating that he is bi or pansexual are quite large; it would make Suga the first idol to admit any sexual orientation other than heterosexual and place him in a handful of Korean celebrities in general that have done so.

South Korean society remains considerably unfriendly to sexual minorities, and same-sex marriage is still not legal. Actor Hong Seok-cheon is one of the very few celebrities that has managed to come out while remaining a successful celebrity. He has accomplished this largely by staying out of any political or social discussions relating to his orientation. On the other hand, filmmaker and active LGBT rights activist Kim Jo Kwang-soo has stirred up controversy last year by announcing his marriage to his boyfriend of nine years Kim Seung-hwan. Their ceremony was public but considered illegal in South Korea. 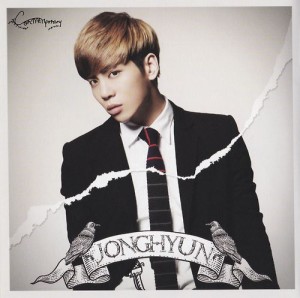 Even in the international fandom, there are definite homophobic sentiments that have surfaced in light of this discussion. Comments have been written online “in defense” of Suga in the face of these “accusations”, saying that these are all just mistranslations.

It’s sad that fans feel the need to “defend” Suga, as if being anything other than heterosexual is a horrible crime. While much of the fan response has been supportive and encouraging, there remains a large portion who feel that not being heterosexual is negative and needs to be defended against. But Suga being non-heterosexual is not a bad thing. To be called gay should not be considered an insult, regardless of how some people might use the term.

I’d like to think that Suga would feel proud of fans being proud of him no matter what sexual orientation he is. While greater South Korean society has been more reluctant of accepting sexual minorities in the past decade, Suga could possibly join the various idols who have implicitly or explicitly shown support for the LGBT community in Korea and around the world. 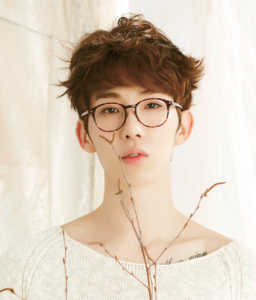 SHINee’s Jonghyun sent waves of discussion throughout both the Korean online forums and internationally, after he changed his profile picture to a poster put up by a bisexual and transgender student at Sungkonghoe University, protesting the injustice of the repeal of a proposed anti-discrimination law in the South Korean legislature.

He also reached out to her via private message, comforting her and saying that he understands somewhat her struggle as he is also a minority in the public eye as a celebrity. Jo Kwon from 2AM , as well, has been performing this year as the lead role in the musical Priscilla: Queen of the Desert; the story follows character Adam in his role as a drag queen, empowering queer and transgender individuals in their struggle for acceptance. Jo Kwon received negative feedback from the public for taking the role, but he was firm in his decision and in his approval of the play.

Do you think that Suga intended for his comments to be interpreted as a statement of pansexuality or bisexuality? Do you think that more idols should be coming out as LGBT allies or as LGBT themselves in the current South Korean sociopolitical climate?