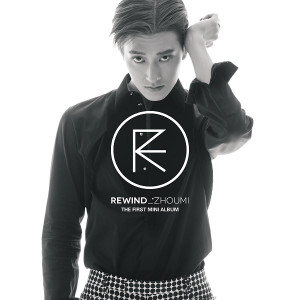 SM Entertainment, once again facing a huge scandal, has decided to go with the tried-and-true method of crisis management:  reaffirmation. Zhou Mi‘s solo debut from nowhere is clearly meant to remind the public that they have a huge stable of talented artists capable of making their own musical mark. And Zhou Mi succeeds, better than anyone expected.

While there was some concern that Zhou Mi’s solo work would end up being eerily similar to fellow SuJu-M-member-cum-soloist Henry, those fears are for naught. “Rewind” carries a distinctly posh taste that is so rarely seen in K-pop. Honestly, the artist he reminds me most of is Justin Timberlake. He has this slick charisma and notable lack of fucks to give about anything that draw you into his performances, be them audible or visual. There is Zhou Mi, there is the music, and there is nothing else.  That alone proves his worth as a solo artist in my opinion.

“Rewind” as a song is one of SM’s best works of 2014. Unlike “Mamacita”, “Mr. Mr.,” “Happiness”, or damn near any other SM release this year, “Rewind” is distinctly not loud and over the top.  Congrats, SM, you finally figured out what ‘subtlety’ means. The whole first verse is nothing but the bassline and Zhou Mi,  with some stylistic snapping thrown in for effect. It picks up a synth piano at the chorus, but drops it as soon as the second verse hits. It’s just so simple and crisp and polished, it makes my heart sing. Chanyeol and Tao are serviceable on their raps, but they don’t really add anything to it either way. At the very least the flow of the song isn’t disrupted by them, so they haven’t truly earned my wrath.

The MV gives me mixed feelings. On the one hand, there’s quite a bit going for it. It matches the slick polished tone of the song, and is not a box MV. You read that right: SM released a video that is not in a box. It even has the love interest be seen! (Note to self: start prepping for the Apocalypse soon.) The plot consists of Zhou Mi reminiscing over a failed relationship, wishing he could go back in time and remedy his mistakes. Noble, but seriously dude, it’s not that hard to fix.  Get off your butt, buy a dozen of her favorite flowers, and tell her you’re sorry and want to do better. Voila! One repaired relationship, hot and ready.

I have to admit, the placement of the required random shirtless scene made me laugh. I wouldn’t have even noted it– you know, beyond the obvious reasons– except that the whole thing happens after the song ends. It just gives the impression that the editor forgot to put it in, then panicked and slapped it on as a coda, fearing angry Zhou Mi stans sending him nasty letters asking where their fanservice was, and why don’t they get fanservice. I don’t think he wasn’t prepared to deal with that. 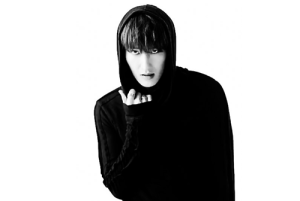 On the other hand, “Rewind” suffers from what I call ‘Minor Detail, Major Distraction Syndrome.’ This occurs when something in a work, something that is usually innocuous and is only noticed when done extremely well, sucks so hard it causes constant distraction. With “Rewind,” it’s the wardrobe.  Leather jackets and leather pants may only be worn in conjunction by Angelus, and under no circumstances may either of those things be worn with turtleneck. In half his close-ups, Zhou Mi is wearing this awful detachable. . . hood . . . thing that makes him look like a cross between Justin Beiber and Edward Cullen, and SM owes the Audubon Society a letter of apology regarding the owl pelts that went into crafting that bastard child of sweaters and robes. Seriously, whoever’s responsible for that needs to be shot. At the very least, they should be sent back to design school.

SM clearly has quite a few eggs in Zhou Mi’s basket. They’ve lost two members from EXO-M, and are obviously trying to maintain their hold on the Chinese market. Unlike Henry’s solo promotions, which were focused mainly on Korea, Zhou Mi has more emphasis on a diverse appeal. “Rewind” has been released in both Korean and Mandarin, complete with identical MVs. And of all the  surprises SM has given us this year, “Rewind” is miles above the rest.