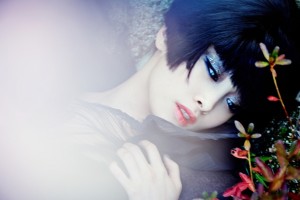 Aaand she is back.

After releasing a very promising set of teasers, the full music video for “MAMA” has finally been released marking Nicole’s confident return to K-pop since her shock departure from KARA earlier this year. It also marks her official debut as a solo artist — transforming from the super-bubbly, smile-inducing, rapping/dancing queen that we came to adore, to a sultry diva that is able to exude sexiness without really trying. Since she’s known to be a very well-rounded performer, fans expectations are high for her solo venture and “MAMA” is looking to provide a tenacious platform to what should be a long and prosperous career.

From the get-go, it’s clear that image-wise, Nicole is aiming to distance herself from the bright concepts of KARA and instead has adopted a more demure image. The song is about her meeting up with her lover behind her mother’s back, and the confliction she feels at sneaking around as she struggles with her sorrowful feelings towards her mother against the excitement that comes with a forbidden relationship and her desires as a woman.

It’s a pleasant sounding tune with a synth-pop infused style and a resounding organ beat in the background that gives it a more jazzy feel. Her vocals, though not spectacular, are fitting to the style of the song and are delivered well, yet overpowered by the production at times. Nonetheless, the track has a very sultry feel to it that is meant to demonstrate her transformation into a mature sound and is complimented by imagery that reflects the same notion. 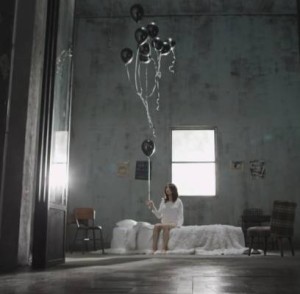 The video begins with Nicole sitting on a fluffy white bed dressed in white, in a shabby bedroom holding onto a number of black balloons, metaphorically illustrating the contrast between her good persona and inner bad girl full of sinful thoughts. The storyline is not so linear but instead shows Nicole in various different states, all in a majority of run-down settings — including a bathroom — which seemingly depict her inner turmoil and the sinfulness of the situation. On the one hand, she feels sorry towards her mother but on the other, she is coming to terms with her sexuality and wants to sneak off with her lover.

Therefore, we see her often gazing out the window or sitting on the floor around the room waiting for him to arrive, feeling conflicted. However, as the song progresses we see her become more resolute in her rebellion against her mother. At one point, she breaks open a vending machine and has a piece of the ‘forbidden’ candy inside, blowing bubbles as she sits in front of a portrait of mother and child. At another point, we see her open the cupboard as a pair of legs tumble out (hopefully attached to a body) before we reach a point where all but one of the balloons fly out of her hand as she crosses a line she’s never been over before sexually. 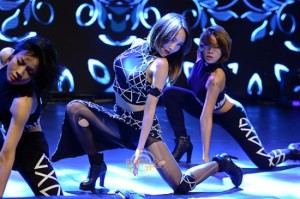 In terms of style, the outfits range from simple and innocent to sexy. These highlight the two different sides to her persona in the song. Her black and white number during the bulk of the choreography is particularly stunning and exudes sultriness, especially when coupled with the choreography. The moves are hypnotizingly elegant yet sexy without being overly crude, allowing us to visibly see the maturity she’s gearing towards, as the moves are pulled off quite flawlessly — demonstrating just how much she has improved in her dancing. A scene that particularly stands out is when Nicole sat in a chair in a dark room next to only a piano. A spotlight falls on her as a male approaches and proceeds to dance seductively around her. This is a strong focal point at illustrating the charm he exudes to lure her in to the dark side and the resolute attraction she feels towards him.

Overall, the video is fairly simple and beautifully constructed, really demonstrating Nicole’s confidence in her new musical direction. Although the imagery is beautifully portrayed with stellar use of space and lighting, it can be a bit confusing to follow at times and could have been improved at adapting the lyrics onto the screen, if it had a more linear structure amidst all the dancing and imagery. 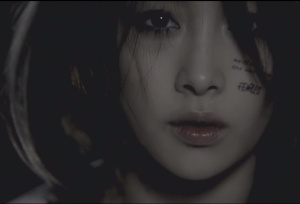 All in all, the song is a resounding statement from Nicole that she has indeed left her KARA days long behind and instead evolved into a more mature image that suits her to a tee. This is a good move from B2M Entertainment as we can see her individuality shine through rather than witness the safer option if she stuck to the pop sounds we are already used to hearing from her. This is a testament to her level of risk taking — something which with the abundance of female soloists nowadays, is an absolute necessity and I only hope that she will not be afraid to experiment further.

Nonetheless, whilst “MAMA” does come off as a solid song and as a good starting point, it isn’t something that is all that unique in the world of K-pop and just seems to lack that memorable ‘it’ factor that will allow it to make a strong impact on the scene. More importantly, it does not demonstrate her full potential as a soloist since I can’t help but feel she has so much more to show. However, as it is still only early days as of yet, it will be interesting to see how she develops after she spends some more time testing the waters and finding her own sound.

For Your Viewing Pleasure: Wearing the Pants 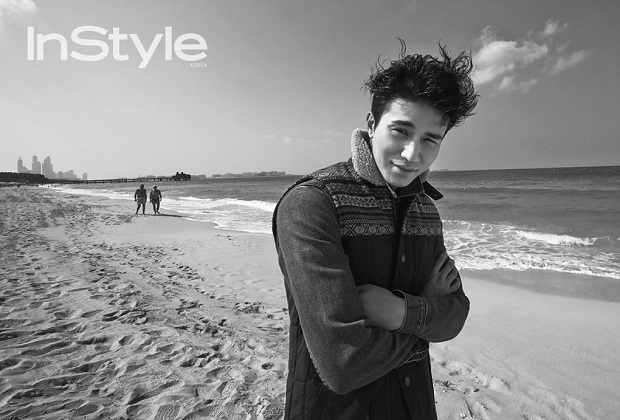 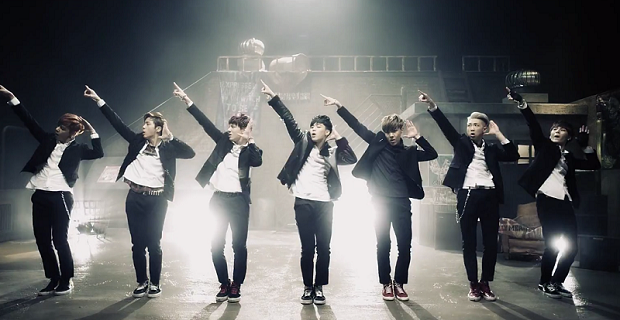