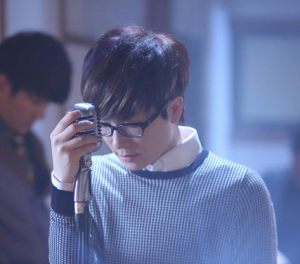 The legendary and never aging Seo Tai-ji has made his long awaited comeback after 5 years. Following the release of his collaboration with IU, “Sogyeokdong,” he released the MVs for the lead track “Christmalo.win.”

If you’ve paid any attention to Seo Tai-ji, you wouldn’t be surprised by the title or the concept; Seo Tai-ji has always been a bit out there. So how does his latest venture stack up?

“Christmalo.win” has an almost teasing quality to it, which is largely due to Seo Tai-ji’s singing style. But Seo Tai-ji doesn’t just sing; he also reaches back into his Seo Tai-ji & Boys past to do a rap during the break.

The little girl part of the song is truly creepy. Nothing is creepier than kids singing questionable nursery rhymes. This is especially true when the singing is done against darker music. Adding to the creep factor for the song are the electronic effects. I’d say that some inspiration may have been drawn from the shower knifing scene in the movie Psycho.

The track additionally layers upbeat electronic music over heavier rock elements to combine styles commonly associated with Halloween and Christmas. “Christmalo.win” combines both the creepy and lighthearted nature of both holidays. 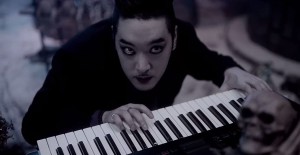 Lyrically, “Christmalo.win” essentially depicts Santa Claus as more malevolent than we usually perceive him. He is a gluttonous and conniving person who uses the promises of gifts to control behavior. In that manner, the song is a metaphor for society. Those in power and the rules they set in place aren’t always what is in the best interest of the rest of the population. Lies will be told, and we can be easily deceived. Therefore we should question — and perhaps revolt against — what is happening.

The band version is the uninterrupted version and is what you should watch if you just want to listen to the song. However, just because it’s just the musicians and Seo Tai-ji doesn’t mean the creep factor is absent. The keyboardist makes up for anything the other performers may be lacking. He slithers up from below his keyboard and generally makes weird head and eye movements to embrace the concept.

True to its name, the cinema version is an 8 minute mini-movie (which I hope has a sequel). It’s quite the trip and seems like a Seo Tai-ji meets Tim Burton meets George Orwell production. It’s a more dystopian and demented alternate version of The Nightmare Before Christmas. This dystopian quality reflects the lyrics quite nicely.

The MV is set in two different locations: a creepy Halloween Town and an even creepier Christmas Town. Those in Halloween are happy and innocent. Those in Christmas, well, not so much.

As the MV starts, we see little witches happily being taught by the kind witch. You know something bad is going to happen when you see a horned creature peaking through the window. However, it’s not the creature that causes problems; it’s people from Christmas kidnapping the witch and all the other children. 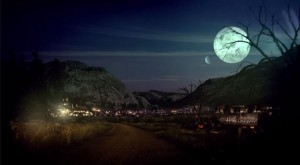 The Halloween town is in an uproar over the fact, and one little witch in particular — presumably the witch’s daughter — sneaks off to Christmas town in a state of panic and sadness. There she encounters the wine mentioned in the lyrics. In true frightening style, the wine is made from witches in some sort of distillation process.

It is apparent that the Santa figure, with his sleazy-looking henchman, is controlling people. Or perhaps the sidekick is the true mastermind. Children sign their lives away in hopes of being “good” enough to gain a gift. Those found lacking are put to work. They even freeze the faces of children into permanent smiles. The little witch is able to escape this dreadful punishment after being spared by an evil, rich girl.

While meeting Santa, the little witch sees the older witch in chains, and the latter, in a fit of anguish, manages to save the children with some magic. The older witch becomes a sacrifice, similar to the events during the witch trials. The MV closes with the little witch discovering her power and beginning to lead a Halloween revolt against Christmas. 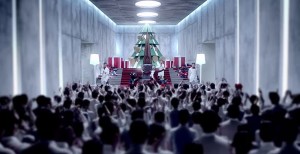 So, what does it all mean? Halloween represents those who are not the status quo. They don’t follow the rules and embrace happiness in a more simplistic way. Christmas is society, and those in power are the rich and manipulative people. They use people, including child labor, in order to gain some sort of artificial reward. The MV also touches on how those in power use surveillance in order to secure their power. In today’s society, we’re all aware of this related idea of “Big Brother” and the constant threat of being tracked by governments. In some places, dissent will not be tolerated, just as in the MV.

Often times, those who are rebellious or different are villainized — like the creatures of Halloween — but really are just innocent. The true monsters are those that use their power to do wrong and only benefit themselves. This is what Seo Tai-ji is emphasizing: it’s okay to be different and critical.

Also, by using Halloween, which is usually seen as bad, and Christmas, which is seen as good, the MV spins our concepts of right and wrong in a way that we can all understand. 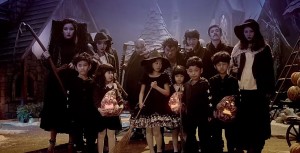 Seo Tai-ji has always released music defying aspects of society, so this isn’t that big of a surprise. Musically, the fact he maintained the style set out in his 2009 album, Atomos, is great. Although Seo Tai-ji’s basis is heavier rock, his voice matches really well with the softer, electronic rock style.

“Christmalo.win” is a fantastic comeback with Seo Tai-ji in all his eclectic glory. Trick or Treat everyone!