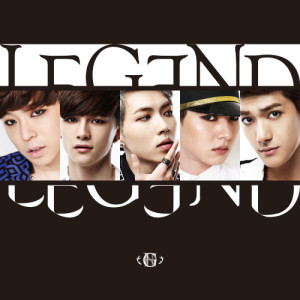 Summertime seems to be the season of rookie boy groups with several groups debuting in the past few weeks and more to come. The latest boy group to debut is Legend which consists of members Lee Seung-tae, Lee Chang-sun, Qinfen, Ryu, and Kim Min-jun.

The group boasts being fluent in multiple languages (English, Japanese and Chinese), having a Chinese member (Qinfen), and having their debut song written by British composer, Iain James. Legend debuted last week with “Left Out” and while the song is nothing extraordinary, it certainly is catchy and shows off some impressive vocals.

As most K-pop songs are, “Left Out” is about love. More specifically, it’s about the end of love when one party does not wish to let go of the love they shared. “Left Out” is pretty typical in this regard, with nothing exceptional about the lyrics. However, the song is elevated due to the music.

The catchy piano hook is borrowed from Gyptian’s “Hold Yuh” which has been sampled before. In comparison to the other two songs, “Left Out” takes a strong pop direction that wouldn’t feel out of place on Western airwaves. 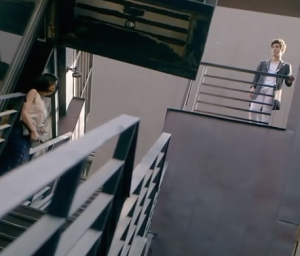 In fact, the music of “Left Out” could easily fit in on an Olly Murs album. Of course, this is due to the fact that Iain James has written for big acts such as One Direction, Olly Murs, and Little Mix. Iain James is no stranger to K-pop, however, having also been part of the team behind DBSK’s “Wrong Number.”

Legend’s vocals are surprisingly pleasant and add to the song’s smoothness. Having been trainees for a number of years, their vocals are much more stable than other groups that have debuted this year. The only flaw of “Left Out” is that it loses clarity during the chorus. The bass does not sound crisp and, combined with the rise in music, leads to Legend’s voices becoming unfocused.

Whereas the song is good, the music video is mediocre. All five members pine over one woman in equally forgettable scenes and the random addition of cars as a backdrop fails to make Legend seem cool. The focus is more on Legend than the actual woman, leading to a MV that doesn’t know if it wants to tell a story, focus on the dance, or make Legend look cool. 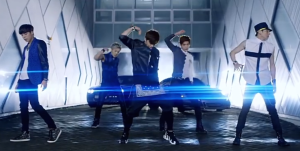 Had the MV chosen to focus on the dance, the MV would have had a clearer focus. In fact, I would have preferred that as the dance is fairly interesting and the brightly lit scenery felt more fitting for the lilting piano notes. This scenery also allowed the viewer to get a better look at the members — a must in a debut music video.

Although the music video could have been better, Legend hails from a small entertainment group and probably didn’t have a large budget. The song makes up for the MV with its catchy tune and charming vocals. Legend didn’t blow their debut out of the water but they did make a strong impression with a solid debut. Hopefully, they continue the trend of good music and someday live up to their name.

Did Legend’s debut impress you? 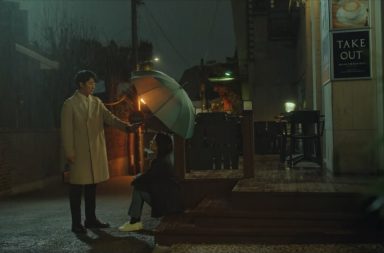 LEGEND is Delirious in “Lost” 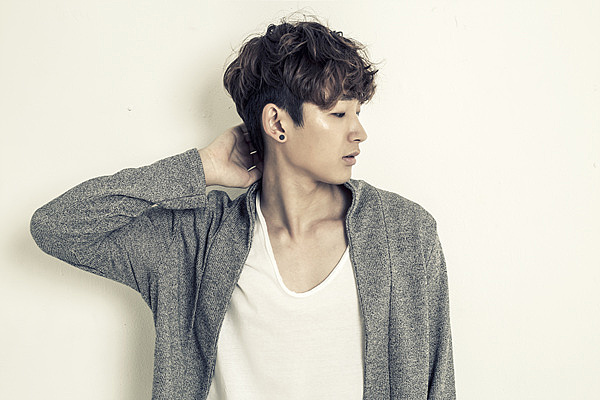