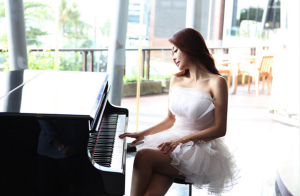 Welcome to the first edition of Unsung Artists, where we take a look at some of the lesser-known releases of the previous month!

Competition for the spotlight is fierce, and a lot of good songs get buried underneath the flashing lights and endless teasers. From indie artists and rappers to nugus and veterans, this segment will be your source for a wide range of interesting songs. And who knows? Maybe you’ll end up discovering your next bias group!

First up is a song perfect for Valentine’s day, “WithU.” It’s a catchy feel-good love song which mixes old and new musical styles. CJ E&M was even kind enough to release a second music video fully subbed in English. The whole song is just a celebration of being happily in love with that special someone.

This next music video is one I’ve been waiting since early January to  share. It takes me back to the folksy pop music artists of the 90s and early 2000s, such as Jewel, Sixpence None the Richer and The Cranberries. I mean, how many songs have harmonicas in them anymore? The lyrics are simple and talk about going through various hardships in life. Like a positive affirmation, the chorus is repeated in gradually stronger tones, taking us from worry and doubt to a fighting spirit.

No matter how hard it is or whoever insults me, in front of me suddenly flickers

my mom, my dad with their whitening hair and wrinkled skin

No matter how hard it is or whoever insults me, on my shoulders suddenly are carried

my dream, my future, and my young little brother, I’m superman

“The Wind Rises” is another song about hopes and dreams but takes a different approach. “The wind rises/small petals are trembling/one streetlight has still not turned off/on top of the sleepless street/my small dreams, why are they only blooming in the spaces between?” The chorus has two versions, both asking the listener to join him in being like the flowers or trees in the street, fluttering in the rising wind.Technically this song was released on their album last year, but the band was finally able to make an actual music video for the song and released it in January. Their first song they promoted off of the album was “Jacklyn.”

Once you hear Hwayobi‘s unique voice you never forget it. It seems as if she breathes the lyrics rather than singing them. “My Man” starts out as a normal breakup song with the singer missing her man. But then the chorus kicks in and emphasizes her frustration with not being able to get over him. “Who (the hell) is this guy?” she asks, “He still fills my heart; he’s not leaving my head.” The song follows the roller coaster of confusing emotions that come with separation.

While Hwayobi is fighting to forget her ex, Sei tries to win his back in “Broken.” The lyrics talk about how much his girl means to him and also apologize for his past mistakes. The video at first seems like he meets someone new and moves on, but then we see at the end a repeat of the scenes at the beginning. Like a broken record, the protagonist can’t help but relive all the memories of his relationship over and over. It’s an endless cycle of not being able to put things back the way they were, but also of not being able to move forward.


No list about Korean music is complete without at least one K-pop group. From the more obscure realm of Korean music comes Legend. They were one of the many groups that debuted in 2014, but have managed to already release a few singles (my favorite probably being “I Wanna Know“). “Trace” is a slower song, but at the same time it’s not your typical ballad. With different instrumentals it would have sounded like the dozens of other ballads out there. But the choice to gradually speed up the tempo, keep the piano at a minimum and add in some drum work makes it stand out.

It’s difficult to understand how large of an impact the Sewol Ferry tragedy had on Korean society. It brought to light all of the systematic failures in the government and it shattered people’s faith in emergency services. As recently as January 11, residents in Seoul accused emergency helicopters of helping to spread a fire from one apartment building to another. Although terrible accidents and mismanagement have happened in the past, the fact that most of the victims were mere children made the tragedy even more heartbreaking.

This beautiful song is sung from the viewpoint of the victims.  “Don’t forget me, April will come again.” This refers to the month the tragedy happened, but also to the fact that spring and new beginnings will also come again. The lyrics reassure the listeners, saying how the victims will be with them (“When the warm south wind blows from afar, while you sing, I will come. I, a mere child, became a lark”). The ending lyrics promise a reunion that will last forever. The video is also a respectful tribute because it keeps the focus on the children. Around the 4:00 mark we see the empty dock and shoreline transformed into scenes of the children enjoying the music and coming back home. Overall, it is rather uplifting despite the topic.

These are just some of the songs that I think deserved some attention last month. What about you? Do you have any of your own hidden gems for January? 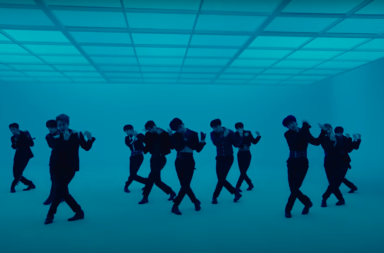