Go Back In Time With Mamamoo's "Hello" 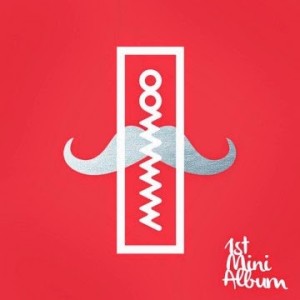 Mamamoo is one of the most anticipated debuts of 2014, following their excellent pre-debut songs “Don’t Be Happy” and “Peppermint Chocolate.” They’ve made a name for themselves among fans and singers, as seen by their impressive list of guest stars, which includes Bumkey, Wheesung, Geeks, and K.Will. Mamamoo’s official debut is the mini-album Hello, with the title track of the same name. The mini has a very retro vibe, with every song reaching back in time to an older sound.

“Hello” is the intro track. There’s a very Motown vibe, sounding like something the Crystals, Ronettes, or Supremes would sing at the start of a show. It’s very soothing, letting the listener really relax into the music.

The Motown sound is carried through to the next track, title track “Mr. Ambiguous”. It’s a very confidant number, carried with excellence by Mamamoo’s skilled vocals. There’s a bit of a modern R&B sound, as well as a sense of theatricality. It’s got a musical theatre edge as an undercurrent that somehow works with the Motown/R&B sound. It’s very easy to imagine “Mr. Ambiguous” performed live, which is no doubt why it was selected as the promotional single. The lyrics, though, are not as high quality as the voices singing them. 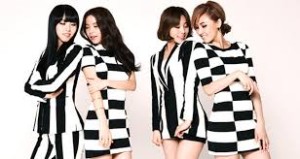 Please excuse the following instance of grammar nazi-ism, but it needs to be said. Mamamoo, ambiguous does not mean what you think it means. If someone or something is ambiguous, it has multiple meanings or options, it’s not clear. The so-called “Mr. Ambiguous” isn’t being unclear as much as he’s being shy. The only thing he does to imply he’s not interested is fail to know their feelings. That’s not ambiguousness, that’s being a guy. There’s a huge difference between toying with someone and being nervous. And considering the push-pull Mamamoo is doing, they’re being more ambiguous than he is.

Next is “Hi Hi Ha He Ho”, featuring rap duo Geeks. It’s also old-school, but instead of going to the 1960’s, it’s a callback to the mid-2000’s hip-hop ballad boom. There are few things I regret more than missing out on hip-hop ballads the first time around. This is right up my alley– I adore hip-hop ballads, and having two such talented groups work together on one creates a magnificent one. Mamamoo’s lush vocals combine with Geeks rap skills in a flawless meld. “Hi Hi Ha He Ho” is probably the best track on the album, and it stands out among its’ genre, as it’s actually a very happy romantic number. The title refers to laughter, and how just seeing the one you love can make you smile and end your sorrow.

After the glorious “Hi Hi Ha He Ho” is “Baton Touch”. “Baton Touch” is hard to talk about, mostly because I kept forgetting that it was playing every time I listened to this mini. “Baton Touch” is supposed to be the other upbeat dance song of the album apart from the title track. It’s got a funky beat reminiscing of the late 60’s, early 70’s era. Nothing is inherently wrong with “Baton Touch”, but there’s nothing really right about it either. Nothing about it pops, and not even Mamamoos’ voices are enough to save it. It’s not bad or out of place, just meh. 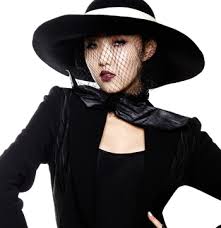 “It’s My Heart” is a solo track for Mamamoo’s most overlooked member, main rapper Hwasa. Despite being a group known for and delivering on their vocal skills, Hwasa’s solo is my personal favorite on the mini. “It’s My Heart” is a statement of independence from the expectations of society. It rebukes those who would tell Hwasa to stop partying. It’s her heart, her life, and she can do what she wants. So what if she doesn’t look pretty chugging drinks, if she’s out past 10:30, if her boss sees her?

She wants to enjoy her life, and no one has any reason to tell her not to, other than “It’s not ladylike.” For the record, that is the worst reason ever. The beat is very basic, driven mostly by a thudding baseline that gives “It’s My Heart” a very down-and-dirty, turn-of-the-century, feel, which goes perfectly with Hwasa’s performance. She’s not the best rapper to ever live, but she delivers her raps with conviction, and the feeling of “f**k off” really sells the song as a whole.

The last song is Mamamoo’s first pre-release, “Don’t Be Happy” featuring Bumkey. Unlike “Hi Hi Ha He Ho”, “Don’t Be Happy” is a pure R&B number, a tale of heartbreak that’s just as good now as it was in February. It’s very powerful, with both halves of a broken-up couple ordering the other to remain sad. It’s never made clear if that order comes from vindictiveness, or simply the desire to rekindle that old relationship. It could be one, both or neither, and the lack of clarity just makes “Don’t Be Happy” work even better. The ambiguity gives a complexity to a break-up that most songs don’t go for. It’s the only song that doesn’t reach back in time for its inspiration, but when a song’s this good, why bother?

Overall, Hello is a really solid mini. It’d be impressive for a group two or three years old, let alone a debut. I can only hope that this provides a good start to a long career for Mamamoo.