g.o.d Comes Back with Next Great Chapter 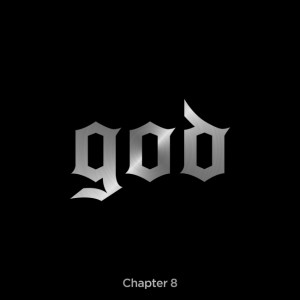 2014 has been the year of comebacks when it comes to old school artists. So far, we’ve had Park Hyo Shin, Wheesung, Gummy, Rain, and Fly to the Sky. The latest addition to the comeback is g.o.d — and what a comeback it was. Immediately topping charts upon its release, Chapter 8 is the quintet at its finest.

Chapter 8 is over 45 minutes of purely great music. It embodies what g.o.d has really always been about: R&B and funky music, just as the co-producers, member Kim Tae Woo and Double Kick, stated. Whether it’s a ballad or a dance track, g.o.d delivers the goods.

As someone who loves orchestral music, “5+4+1+5=15” is an amazing piece of work. Instrumentals are common on albums (there are two on the album), but we don’t usually get a piece of work that is stand alone. Recorded by the Czech National Symphony Orchestra, to simply refer to it as a track would do it a major disservice. The piece samples “Sky Blue Balloon,” “Dear Mother,” “Lies, ““I Love You and Remember,” and “Road,” which are past hits from the group. As the opening, “5+4+1+5=15” is both a gamble and perfectly fitting with the album. At almost 5 minutes long and with only a brief narration from the members, it may turn off those who were looking for a bang to start the album. However, the piece is a culmination of 15 years of the group and reminds listeners of why Chapter 8 was released to begin with: commemorating g.o.d’s career.

Just as the opening piece marks their past, so does slow, but slightly funky, ballad “Ordinary Day.” The song was originally released back in 2005, without Yoon Kye Sang joining the group. What better way to mark the return as a full group than to remake the first song released without all 5 members?

Additionally, the track has an orchestral lead-in, so it flows seamlessly after the opener. Of course, the song chosen creates a bit of pause, considering it’s a track about effectively moving on after heartbreak. The song may be directed to a girl, but it can be relevant to the group. Yoon Kye Sang’s departure was quite a hefty blow to the group. However, g.o.d has moved on with each other and almost seemingly being back to ordinary.

The group has released MVs for three of the songs on the album: “Sky Blue Promise,” “Saturday Night,” and “Story of Our Lives.”

Back in June, g.o.d pre-released “Sky Blue Promise.” The track was a reminder to their fans (whose official fan color is sky blue) that they promised to come back. The group jokingly laments how much they’ve aged over the years: being a father, husband, or unmarried bachelors. They also gave a clever shout-out to JYP in the chorus. The MV is a look behind the scenes of their comeback. You see the group recording and their hilarious attempts at doing choreography. Musically, the track is upbeat R&B and fits perfectly in with their old songs. With syncopated bass and a big brass line, the song just grooves along. “Sky Blue Promise” is the latest addition to the group’s lineup of songs showing their love for their fans.

“Saturday Night” is clearly one of the best MVs this year, and such a fun song. It serves as a great follow-up to their 2000 song, “Friday Night.” Poppy and groovy, both songs are great for a weekend. And since it’s already been reviewed, go here.

The ballad, “Story of Our Lives,” is the latest MV released by the group. The track and MV are pretty heart-wrenching and touching. “Story of Our Lives” is about family: the struggles, the regrets, and the love. In the MV, you see how blind people are sometimes to the pain of their family members and can take advantage of them. However, when there is understanding and shows of love, the one prickly heart (depicted by nails), softens and becomes whole again. Just as the lyrics are touching, so are the voices. g.o.d leaves such a strong impact on the song with their own vocals, that you feel that they really have gone through this pain of not saying how much they love each other. Megan Lee also features on the song (as well as in a skit on the album). Her sweet vocals add a touch of innocence to the message of love.

Megan Lee wasn’t the only featured lady on the album. There was also IU, who featured in the fun track “Sing for Me.” IU represents the young music listeners who ignore things like age and seniority, instead choosing to just love the music. She wants them to sing a sweet song for her, and they happily oblige. The group and IU exchange playful banter in the song, and it almost feels more like a conversation than song. The song is also rather jazzy track, featuring an organ and upright bass.

Including “Sing for Me,” there are a string of upbeat tracks to get over the emotion of “Story of Our Lives”: “Smile,” “I Like It,” “Stand Up,” and “G’Swag.” While the first two are love songs, the other two are fun and funky tracks.

“Stand Up” is essentially a funky track meant to get you moving. Like “Sky Blue Promise,” the brass is loud. The song also has a true funk sound that is reminiscent of the 1970s. g.o.d is imploring us all, young and old, to get up, clap, and dance. It’s time to party! “Stand Up” makes you want to party and generally let all the stress go. Resisting the “nananana” is pretty difficult. 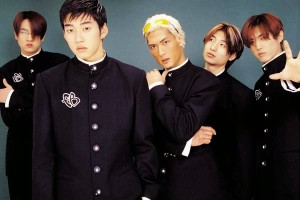 “G’swag” may be rather oddly titled – okay, it’s just a bit ridiculous – but there is some logic behind it. g.o.d is just going to keep doing g.o.d. Despite debuting in 1999, g.o.d has their own attitude and are gentlemen. They even go as far as to say that they make people scream “oh my god.” Talk about being expertly named. And like the lyrics profess, the music for “G’swag” is pretty dang smooth. While “Stand Up” was more bombastic funk, “G’swag” is more on the R&B side of the funk. It truly fits the g.o.d style.

Rounding out the album is the pre-released ballad, “Lone Duckling.”

Thankfully, g.o.d avoided an excessive amount of ballads for the album. While g.o.d delivers beautiful ballads, their bread and butter are smooth R&B and dance tracks. The group has this unique flavor that can never really be replicated.

When debuting under JYP Entertainment 15 years ago, g.o.d was a group that epitomized what the label was about: R&B. Chapter 8 continues the trend. Even though they have grown quite a bit since their breakup back in 2005 – Park Joon Hyung is (shockingly) now 45 – they still possess the same attitude and spirit as before.