AirPlane Happily Stays the Same in "Back to the Future" 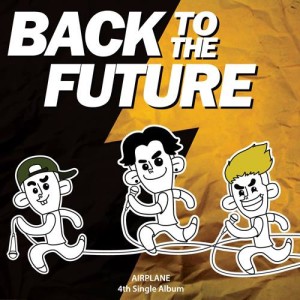 After their previous string of sweet releases, trio AirPlane is back with their latest single, Back to the Future. With a title track by the same name, the group is proudly and loudly declaring that people should simply be themselves and enjoy their life.

“Back to the Future” is a hybrid hip-hop, rock n roll and pop track. Like the title, the song itself is a trip back to the time when we were eyeing our futures, particularly those of us who were at least teenagers 10-15 years ago. When the song begins, some of us may be taken back to the rock of the 90s: impacted syllables and prominent simple drums. The bass line is also reminiscence of old school hip hop. The music creates the urge to dance around happily.

The vocal and rap abilities for the group should also be mentioned.

It’s no surprise that member Minki does a great job with the chorus. If you’ve heard the group’s previous songs or the singer Mekid, you already know Minki can sing. Which is probably why he’s the vocalist for the trio: he brings the extra vocal oomph. His high vocal range brings the bit of rock-ish edge to the track, which fits in well with the music.

As for the rappers, mNine and Bokiri each has different styles, but yet blend in very well with each other. The pair also has an inflection in their voices that is happy and optimistic. This is what “Back to the Future” is about, so good job by them for providing that necessary quality for listeners to believe what they are saying.

Unlike their previous releases, AirPlane is not singing about a girl or love. Instead, the group opts to go with a song that can be an anthem of staying the same. “Back to the Future” is the happy realization that despite all the past and future issues, you still keep the child-like freedom when moving forward to your goals. The group says that though worrying, they will be themselves and sing out loud.

The MV for “Back to the Future” is relatively simple. Filmed in mostly black and white, the three members are the only one’s seen. That’s logical considering the song is a simple message. Why have some frilly, over-dramatic MV for a such a song?

There are colored scenes with mNine, but only him. It is curious as to why it’s only him who has such scenes, but I’m sure the director had a good reason. You can see mNine sitting contemplatively, yet serene. It is almost as if he has come to the happy realization mentioned earlier. However, at least there was equal opportunity for screen time.

The inverted clock background was eye-catching. Upon seeing the teaser image, you couldn’t tell it was a clock. But in the MV, you can clearly see what the 12 and 9 meant: time going back. Although it wasn’t superfluously done, the clock still provides context in regards to the song.

In the same vein of contextual scenes, there is the bubble scene. First, it was just cute. There is something about people playing with bubbles that make one smile. Second, the scene alludes to the lyrics. As the members mention being children, playing with bubbles is a reminder of the simple childhood joys. How many of us remember playing with bubbles as children and having so much fun? I’m sure most of us do, which is why the scene works so well in the MV.

Throughout the MV, there is a sense of happiness. The trio is smiling and playing around. The quirky actions of the trio also add to the amusement of the MV. For example, Minki’s overemphasis with his mouth while lip-syncing to the track, or kicking over the stool during the chorus. Then there’s also Bokiri’s silly little air guitar – which makes sense since this song is rock-based.

It is these little things that keep the MV from being AirPlane dully lip-syncing in a black-and-white room.

But seriously, can we get a full album already? More music from AirPlane would be appreciated. The trio clearly has talent and their songs are pleasing to the ears. “Back to the Future” is just the latest enjoyable track from AirPlane. So, everyone put your hands up and dance like a child with AirPlane. 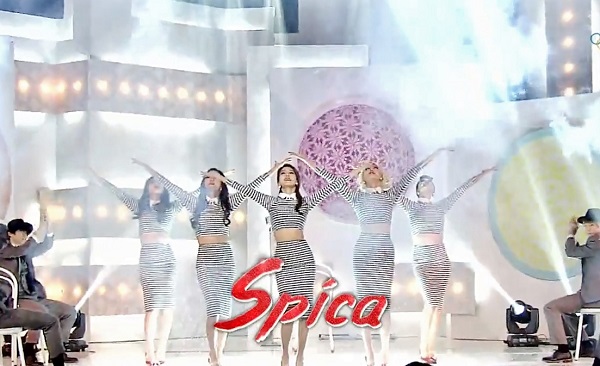 Airplane is so Pretty (With a Twist) 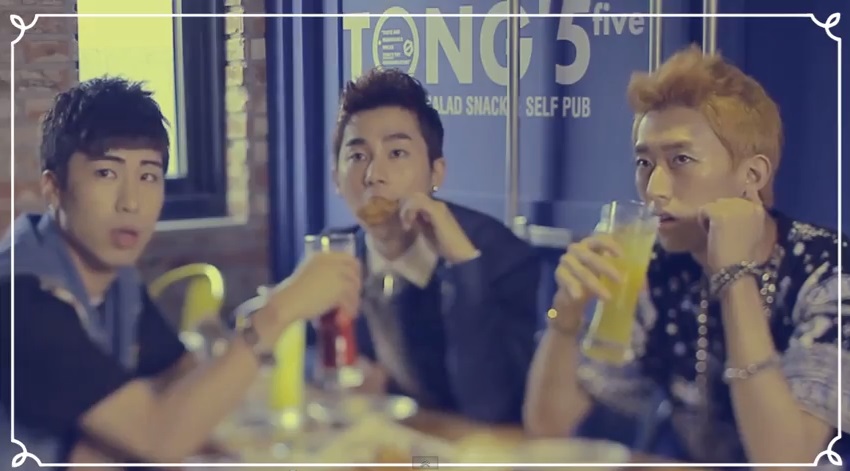