Airplane Asks "Give Me a Chance" 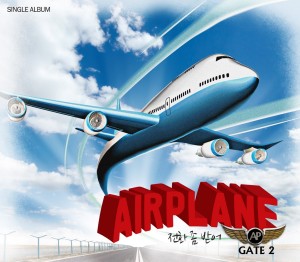 K-hip-hop has been in the news more than usual lately, and it’s hard to say decisively if that will be good or bad for the scene. Regardless, it definitely gives its artists more exposure to all K-music fans, including international ones who often remain oblivious to it due to the especially hard to overcome language barrier. This makes trio Airplane‘s comeback rather timely as they musically feed off the hip-hop scene with a tablespoon of K-pop seasoning for good measure.

Coming out of Winning Insight M Entertainment (originally Winning Insight Entertainment before a merger with TH E&M), the trio debuted earlier this year with “So Pretty,” a soft pop ballad and hip-hop marriage. While the production wasn’t the highest and the music video lacking, the song wasn’t the best, but it was enough to pique my interest. Now, Airplane is returning with their second single “Give Me a Chance,” and I’ve decided to fulfill their request and give them a chance.

The track is a sweet plea for forgiveness. Airplane begs a girl to pick up the phone so that he can apologize after the fight that they got into earlier. With a relatively subdued electronic line and acoustic guitar, the song takes a little bit of everything making for a similar mid-tempo ballad sound as “So Pretty” but a more fine-tuned pop sound. Main vocalist Min Ki leads the chorus with a thin but controlled cry “Don’t go,” and when weaved with the raps of Bokiri and mNine, it comes together in a catchy, hook-heavy song that gets stuck in my head every time I hear it. And the music video plays off the sweetness of the opening whistle and acoustic guitar pair, making for an even stickier track.

Featuring the three members and their intentionally silly acting, the music video is fun and cute. Using sketch animation over a hipster style cinematography (think warm yellow and green tones and soft focus) plays up the artsiness while the so-bad-it’s-funny acting plays up the cuteness. There isn’t really a plot to the music video. While there are hints of something possibly going on, there’s not much that happens.

The music video opens with a girl playing a guitar in the middle of the woods. With a ding in the music of the start of the first verse, the three members wake up, and Bokiri starts off singing and checking his phone, as the lyrics at the point indicate that he’s waiting on a call from his girlfriend after their fight. There are no messages unfortunately. And from there, any semblance of a plot sort of disappears.

We switch to see mNine rapping and walking around some park. It’s all just basic shots of the members singing and rapping. When the chorus comes around, the trio goes out to eat and sees a girl (who I imagine to be the same from the opening shot). Since she seems to be waiting on them at the restaurant, they spend the entire meal staring at her and even trying to flirt with her, in Min Ki’s case. Nothing seems to come of it though. 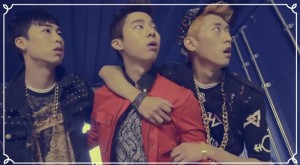 As the song goes into the second verse, Bokiri raps and sits on a park bench interacting with a sketch animation of a girl. She ignores him, flips her hair at him, and then finally gets so aggravated that she leaves, all of which play off the lyrics but don’t give us any sort of understanding of what’s supposed to be going on.

It only gets more confusing since during mNine’s next rap, it seems that maybe Bokiri did score a date with the girl as he’s seen holding hands with a girl as they walk through the forest. It’s from a distance so it’s hard to discern if it’s the same girl, but that’s what it seems like.

We progress through several shots that are more for cuteness and playing around with the sketch animation, and then we find them back at the restaurant singing and rapping. This is when it becomes especially hard to say what’s happened since the guys all seem to be hopefully singing in the direction of the waitress, despite the fact that it seemed that she and Bokiri were together. By the end of the music video, she walks by, they all stare after her, and I’m just confused.

While it’s incredibly cute with the cinematography paired with the animation, I don’t understand what’s actually happening. Since the aesthetics are so great, perhaps they would have been better off without any attempt at a story since they would have been enough to carry the music video. Regardless of the confusion, I still really enjoy it because the animation is adorable, the members are cute and silly, and the song is lovely.

Airplane are still rookies, and it’s pretty obvious in their awkward cuteness that doesn’t seem intentional. But it’s endearing, and when paired with their talent, the effect is heightened. “Give Me a Chance” is a wonderful track with a cute but puzzling music video that has won Airplane a place in my heart. I just hope to see them continue and not go the route of their labelmates Piggy Dolls or that of other former labelmates Chaos. With so much talent, it would be disappointing and a waste.