ZE:A's "First Homme" is a Step in the Right Direction 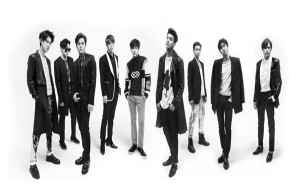 With each new release, ZE:A gets better, and if the fan chants are any indication, so does their fan base. This is largely due to visible members such as Kwanghee, Siwan and Hyungsik who have made names for themselves through variety shows and dramas. They are clearly doing something right, because their efforts are bringing attention to the group.

ZE:A members are first and foremost idols; and so, they’ve recently released their mini album, First Homme. Fitting the title, the group has come back with a more masculine and model-like image. While not perfect, the new mini album is a collection of catchy and pleasing tracks, offering both R&B and pop tracks. First Homme gives the sense that ZE:A has reinvented themselves and are striving to distinguish themselves among the crowd.

The first track on the mini is “First Homme.” The short snippet is an R&B style introduction to the album. While announcing that they are back, ZE:A ensures listeners that they will like what they hear. The group doesn’t lie: the introduction is just a taste of the niceness that is to follow.

“Wobble” provides the opportunity to show off another set of skills: contribution to their music. With additional contributions from e.one and Urban Cllasik, member Minwoo tries his hands at lyric writing. The track is all about a destructive and unstable relationship. The couple tries finding ways to hurt each other and manipulate the feelings of each other. In the end, the relationship is doomed and must end.

Enjoyably, the rappers Taeheon and Heecheol get more significant parts. Usually relegated to one or two lines combined in the middle of the track (such as in lead track “Breathe”), the duo is each given their own verse in “Wobble.” This is understandable, since the track is a pop R&B hybrid. While synthesizers are present, the piano and acoustic guitar makes the song a little less pop. They also are the focus of the instrumentation, and therefore, subdue the electronic background.

With its effected sing-a-long chorus and hook, “Wobble” is nice and fresh.

Even those that aren’t fans of Brave Brothers and his typical style will enjoy title track, “Breathe.” Once again, “She makes me breathe” – or that’s what it sounds like is being said – makes an appearance at the beginning of a ZE:A title track (and will later show up in “Stagger”). This is consistent with “Aftereffect.” But, at least it isn’t “Brave Sound,” right?

Just like the introductory statement, “Breathe” seems like a follow up track to “Aftereffect,” even though two years apart. We even see some of the same dance moves. Both tracks have that distinct “ZE:A Pop” feel to them: upbeat with strong bass lines. The distinction comes with the pronounced electric guitar and piano. If it wasn’t for the heavy electronics backing the song, “Breathe” would almost seem like a ballad. Especially given the lyrical content: the sadness and heartache the follows a breakup and the lingering memories of the lost love’s breath.

Whereas “Wobble” had better line distribution, “Breathe” takes a step back. By now, some of you have probably seen the live; so, this would be a good time to point out that lines were, understandably, switched up due to Siwan’s current acting project. However, Kwanghee is still stuck with his one line the entire song and the rappers with their one combined section. At least Junyoung saw a few more lines than usual.

A review of the MV is coming soon, so all that will be mentioned here is that Whovians will probably get a kick out of the amusing appearance by the TARDIS.

“Stagger” is one of the best tracks on the album. A slow R&B track, and the second one by Brave Brothers, “Stagger” showcases the smoothness that ZE:A possesses. The song is of course perfect for a voice like Kevin‘s, who is known for his smooth R&B-like vocals and dance moves. Despite the others not having the same type of voice, the group pulls off the track well. Dongjun’s ability to fully express the emotions only improves the track.  Add in the sweet high notes being hit in the end, and “Stagger” is a pretty impressive effort.

The lyrics to the song read like a scene from a drama. Eating and sleeping alone, and in a bout of intense sadness, staggering along the streets in tears. So very clichéd.

With the clack – that almost overstays its welcome – in the background, “Stagger” is easy to keep the beat to, so you can readily groove along. Other than the clack, the song keeps the instrumentation rather low-key, with guitars, keyboards, and bass line. Although the instrumentation is overwhelming typical of R&B tracks, we do get treated to a saxophone. Who doesn’t a little bit of a sexy saxophone playing in the background?

The one complaint that can be made is the “rain drop” in the background. It would make sense if the song had anything to do with the rain. The closest it gets is speaking of tears, which isn’t good enough of a reason to including such a random sound.

First Homme snappily ends with “One.” The poppy, upbeat ballad is another example of ZE:A members contributing to the music: Kevin and Hyungsik helped compose the song, and Kevin also contributed to the lyrics. 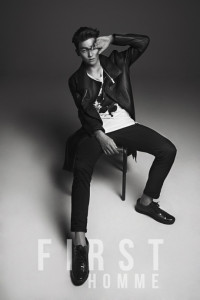 Once again, listeners get what I’ll now dub the “ZE:A Bass Line:” the ever-present strong bass that pervades their songs. This is not a complaint, since strong bass is always welcomed. The beat overtakes all the other instruments. However, we can still hear the others used. In the beginning, we are treated to what appears to be an orchestra-type backing: guitar, piano, strings and splash cymbal. As the song progresses to the chorus, the bass line kicks in and moves the song. Listeners should pay attention to the piano, as it provides a rather pleasant melody.

Although ambiguous, “One” almost feels like a song dedicated to their careers and fans, and less to that of someone they loved. The lyrics speak to the one chance and dream that the group will pursue. Despite missing and longing for their childhood, they continue to sing and give everything they have. “One” seems like an anthem for the group and promise to their fans that they will not give up. It also serves are encouragement to those whose dreams seem to be fading.

Despite having been around for four years, and continuously proving their talents, ZE:A has never had the “big break” they’ve been searching for. While it’s doubtful it will happen with First Homme – given the competition – the mini is still solid. It shows off the consistent vocal strength of the group, and their talents as music makers. This solid effort will go a long way in helping the group gain ground and attention.