ZE:A Travels Through Space With "Breathe"

Within a few days of releasing their mini-album First Homme, ZE:A dropped the much-awaited MV for their title track, “Breathe”. The MV switches between many different locales, leaving viewers more confused than not. Also, the cheap CGI effects of some of the scenes were laughable to watch. Such a pity too, since the beginning post-apocalyptic scene actually looked promising. 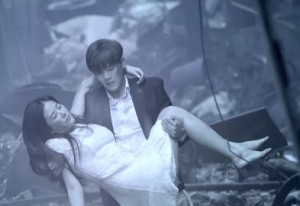 Although the official translation of the song is “Breathe”, the way it’s used in the lyrics actually refers to a person’s breath — the noun rather than the verb. Put in that context, the song talks about how the sound of the lover’s breath lingers in a person’s mind, long after she has gone.

Dong-jun stars as the main character, looking utterly James Bond-like in his black and white suit. He finds his girl lying amidst debris, and puts an oxygen mask on her, trying to give her back her breath. All of a sudden, we transition to this spaceship hurtling through space, where the girl is recuperating from her injuries. In case we think that they are the only two people left in this post-apocalyptic world, we see that the other ZE:A members take turns to watch over her.

All of a sudden, a TARDIS shows up, leaving me confused as to why a K-pop MV would use a reference from Dr. Who. In any case, the TARDIS stands for Time And Relative Dimensions In Space, which is actually a time/space machine. The spaceship that the girl is traveling is probably the TARDIS, which is Dong-jun’s attempt to transport them to a dimension where they are both alive and safely together. By the end of the MV, we see that they both make it to this fog-covered land, and the girl wakes up, to Dong-jun’s relief. 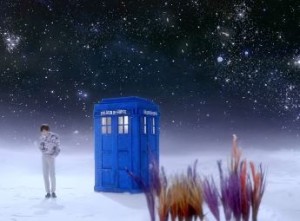 The scenes with Hyung-shik and Kwang-hee in the same fog-covered land is likely to be a parallel storyline. Useful wingman Hyung-shik uses his telescope to spot Kwang-hee’s girl on Another Star, alive and happy. Kwang-hee folds paper aeroplanes (which look like hearts), and successfully flies it to her. He presumably achieves this through the help of the TARDIS, since we see the floor of the TARDIS (the girl’s recuperation room) is scattered with many red paper aeroplanes.

Based on the lyrics, we see how both parties are desperate enough to use the TARDIS to be in touch with their girl. The TARDIS signifies a removal of reality, something the viewer would need to be able to get through the fantasy-like MV.

In typical ZE:A style, the MV has terribly uneven distribution of screentime, as we see copious amounts of Hyung-shik, Siwan, Dong-jun, and Kevin. The other members barely have a few seconds, and Kwang-hee at least gets an extended cameo appearance. It’s not something one can blame Star Empire for, since it makes total sense to capitalize on the popular members to bring fans to watch this MV. 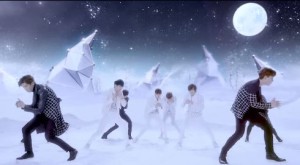 While the song is catchy and enjoyable with the notable piano and bass instrumental, it’s nothing that will immediately grab a passerby’s attention. The auto-tuned chorus line is a fun touch, but the vocals are nothing to write home about, except for a few impressive ad-libs near the end of the song. The accompanying MV did not help its case, since the badly done backdrops  made the release look low-budget, almost like a video game.

The costumes, however, caught my eye this time round, because they were put in complementary instead of matching outfits, avoiding the Ctrl-C, Ctrl-V look. The bright blue in the outfits popped against the white background, hooking in my attention for most of the choreography. Not to mention, the styling on all of them were terrific, not one of them boasting a notably hideous hairstyle.

While I appreciate the attempt at a unique and thought-provoking storyline, it was unfortunately weakly done. The scene changes with different characters were confusing, so perhaps a clearer narrative could help avoid the MV looking like a mish-mash of seemingly unrelated scenes. 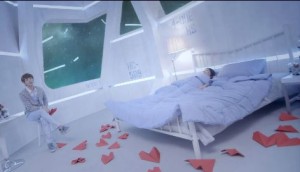 While ZE:A has constantly suffered from being under the radar — individual members being more popular than the group — their group activities are actually decent and occasionally underrated. Unfortunately for them, “Breathe” will unlikely get them the attention they need, especially being up against some pretty big names.

What do you guys think of the MV? Any other interpretations you can think of?