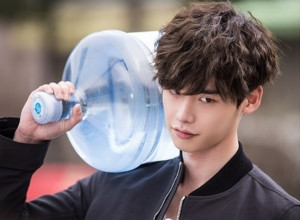 Starring crowd favorite Lee Jong-suk as the charming yet tortured medical prodigy Park Hoon, SBS‘s Doctor Stranger has been steadily rising through the K-drama ranks. Beaten out by MBC‘s Triangle for the first two episode airings, Doctor Stranger picked up first place in the Monday night ratings for episodes 3 and 4. It’s a show that combines romance, action, and mystery into a rom-com/medical drama/political thriller hybrid that proves utterly fascinating.

I’ll do my best to sum up the “basic” premise, but this is really one I recommend watching to get the full scope of what’s happening. The show really takes the time to flesh out the complicated plot and give each character a memorable personality, to the extent that many of the main characters are not fully introduced until the third episode. 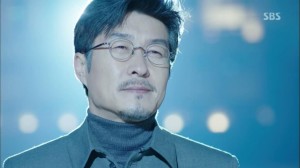 Driven by international and internal politics, the South Korean government brings young child Park Hoon and his father, renowned heart surgeon Park Chul, to North Korea so that Park Chul can save–dramatic pause–North Korean leader Kim Il-sung, who in reality did die of a heart attack. Once they’re there, they can’t go back, so Hoon grows up in North Korea. After the first time skip, his star is rising quickly through the medical ranks and he’s proposing to sassy colleague Song Jae-hee (Jin Se-yeon).

A few time skips later, after Jae-hee has been wrenched away from him twice, water delivery guy Hoon has escaped to South Korea but aches to find her again. Enter a sequence of medical escapades that results in a now-rebellious Hoon being recruited to an elite medical competition between, naturally, two improbably young and improbably beautiful teams. The prize is the honor of operating on Prime Minister Jang Seok-joo (Cheon Ho-jin)–the man responsible for sending Hoon to North Korea and killing both of Hoon’s parents. 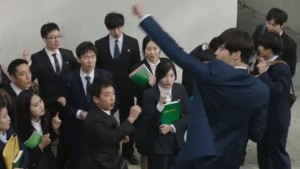 The relationship between North and South Korea is actually tackled in an well-nuanced manner, certainly more nuanced than the lens adopted by most major news sites. North Korean life is not depicted as utterly bleak, backwards, or brainwashing. The people living in North Korea are also not demonized, since the set-up after the first flashback shows us that growing up, adult Hoon successfully formed his own community and even planned to get married in there. There’s an adorable scene where he dances to Wonder Girls‘ “Tell Me,” hearkening back to the very-real dance mania of 2007, as he tries to sell illegal copies to an eager crowd before running from law enforcement. Hoon and his father also travel to a rural area to hold a clinic for citizens in need. And of course, the love of his life Jae-hee is North Korean, kind, and a skilled doctor. This obvious effort to humanize a people that are often wholly demonized works to offset the scenes where North Korean soldiers try to run down and gun down Hoon and Jae-hee.

Meanwhile, in South Korea the majorly corrupt politician Jang Seok-Joo resorts to major voting fraud and bribery to win the race, and actually murders multiple South Korean people to ensure he keeps his spot. When Hoon reveals that he learned to be a doctor in the other Korea, the doctors in South Korea immediately doubt his skills and shun him, refusing to believe a top surgeon-doctor could come out of “backwards” Pyongyang. In Doctor Stranger, neither country is a pillar of virtue. 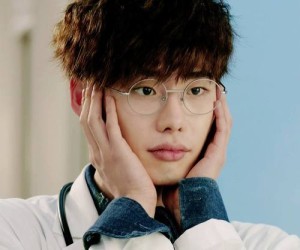 There’s one obvious hurdle that must be overcome to enjoy the drama, which is that believing Hoon as a genius prodigy doctor extraordinaire takes a giant leap of faith: He can diagnose everyone, without examinations or tests! He can sense your bones! He can cut skin without drawing blood! He can resuscitate people by performing CPR on their breastbone! I only wish I were exaggerating. (Note to medical dramas: more accurate usage of CPR requested, it’s an applicable life skill!) But I was able to suspend my disbelief more easily than expected thanks to great medical montages, clarifying special effects, and Jong-suk’s infrequent but effective dark expressions. He pulls off “tortured soul” quite well, especially given that he’s more in his element when he’s besotted and a bit whimsical.

The medical ethics he displays are less than stellar, as an understatement, and horrifying when you really think about it. In North Korea, his job requires that he perform experiments that kill people. Of his own will, he literally kills a patient to save another patient in worse condition. His father’s dying words are a request: never forget he is a doctor. Once in South Korea, it’s no surprise he develops a gigantic hero complex. He even disregards a coma patient’s DNR (do not resuscitate). He resuscitates her, breaking one of the major rules of medicine, and agrees to perform a surgery on her that he knows will not succeed, also against her wishes. Thankfully here, the writers make the right choice and the patient does die, because watching a drama where a doctor plays God willy-nilly and suffers little to no repercussions would be agonizing. The great takeaway is that the drama has no problems raising the stakes high; Hoon can’t save everyone, and not everyone wants to be saved. 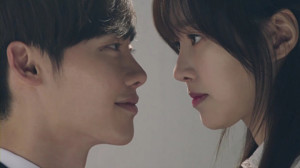 The cast of characters has already ballooned out substantially. Bora from SISTAR plays her part well as Hoon’s tomboy best friend who is for once actually not in love with him or anyone, so I love that the drama has thus far avoided the rampant cliche. Despite Hoon’s rudeness to her, second female lead Oh Soo-hyun (Kang So-ra) is quickly becoming one of my favorite characters because she refuses to give up and has interesting, if combative chemistry with Hoon. The clinical second male lead Han Jae-Joon (Park Hae-jin) displays no emotions, is an obvious foil for the reckless, emotional Hoon, and has yet to interest me. But I’m excited to see what more his expert medical team brings to the stage moving forward.

Jilted veteran doctor Moon Hyung-wook (Choi Jung-woo) offers great comedic relief; his nose continually encounters rather hard surfaces and he meta-explains how he, a middle-aged doctor, successfully tailed Hoon all the way from the hospital to his house with “My car’s super fast.” Jang’s less-evil, kind of nice right-hand man Kim Tae-sool (Jung In-gi) also makes me laugh due to his penchant for wearing sunglasses indoors and consuming small lollipops at all times. Finally, Kim Sang-joong deserves a round of applause for his sadly short-lived performance as Hoon’s father. 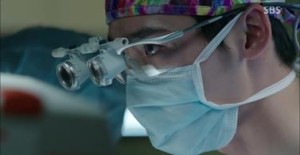 As someone who normally finds it hard to get into K-dramas, this one has my full attention; each episode has me on the edge of my seat and not-so-occasionally wiping away tears. And afterwards, I have a lot to say, because I like chewing on the “food for thought” questions the drama is pushing, both at its characters and at us as viewers. How does the relationship between North and South Korea affect the people living there? What horrific acts would you commit for someone you love? What does it really mean to be a doctor?

What do you think so far? Also, a friendly note to please kindly refrain from spoilers beyond the first four episodes in the comments.