The Plight of Nameless Fandoms

Everyone’s well aware there’s nothing more important to a group than its fans. The constant fan service, reaching out on social media, at every single turn pronouncing how the fans keep them going and they’d be nothing without their love, it’s all proof positive of the lasting effect a group or artist’s fans have on their career. K-pop is host to some of the most interesting and… “unique” fandom names in the world. But what’s more astonishing than even the most ridiculous name is not having one at all.

It’s my contention that every fandom, no matter if I’m part of it or not, deserves a name. If Game of Thrones is any indication, names are tantamount to purpose and self-worth in the world. Thus even if I can’t claim to be a fan of (or even like) a certain group or artist, that doesn’t mean those who do love them don’t deserve recognition, a home, a family name. There aren’t a great deal of fandoms that don’t have names or identities; however, I think that’s what makes it even more saddening when a fandom doesn’t. It may be a trifle thing in the grander view of K-pop and its lasting power. But to those who have a considerable investment in a group or artist–buying albums and merch, attending concerts, buying and creating goods for their bias–an identity, something that let’s the artist know “We’re here for you, all of us, your family of fans,” seems like a necessity. 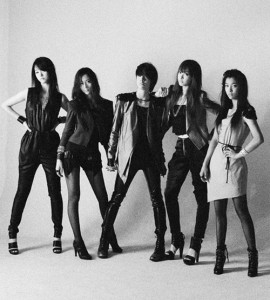 f(x) has a huge following of fans who are a) slightly underappreciated, and b) always on the receiving end of some form of SM trolling. Not only has the group seemingly been ignored or put on the back burner, their group of loyal and passionate fans go nameless in a sea of doubt and uncertainty. Just as f(x)’s creative future is always up in the air, from what I’ve found, so is their fandom name. I’ve heard three possibilities: Aff(x)ion (pronounced “Affection”) and at one time Plus (neither of which are official names), or the fandom is simply nameless. f(x) is akin to the proverbial “red-headed stepchild” in SM. Their music is catchy; their members are quirky and adorable. And what’s more important than any of that, they’ve got a very solid group of fans who are always waiting for the chance to see their bias group get the sort of recognition they deserve.

Another and, quite frankly, the most surprising SM group to not have a fandom name is EXO. It came to my attention that the name I thought was official was, in fact, more an unofficial name made popular by non-EXO fans and spread as more or less a derogatory term for the group of very loyal, very rabid fans. The term “exotic” has mostly negative connotations, especially regarding persons of color and the idea that their ethnicity is an “otherness” so strange, it’s considered exotic and is often fetishized and belittled. (Side note: apologies to anyone I’ve called an EXOtic in the past. I truly meant no harm in it.) I also thought for a time the fandom was known as the EXO Planet, which apparently was also just a general if not unofficial term. As huge as the group has become, and given that their fandom is one of the most rampant and dedicated, it baffles and almost saddens me to realize they don’t have an actual name to call themselves. No matter what non-fans think of the group or its fandom, no matter the schism that there is between certain facets of the fandom, EXO’s fans deserve something that can connect them.

A group prime for a funky fandom name is Crayon Pop, and yet here they are, on this list of fandoms that remain ambiguously named. The group’s cartoonish concepts seem to be the perfect amount of sugary funness that would lend itself to having a group of fans with an equally interesting (if not absolutely silly) name. However, much like their peers in f(x), there’s still nothing official in the fandom registrar. For a while, the fans were referred to as, unsurprisingly, Cuties. Then sometime around last year, the fanclub moved in a different direction and started calling themselves Sketchbooks. The helmet-wearing, pogo-jumping little cuties have a fan base as large and effervescent as any of the most popular boy groups or their decidedly (if not by design) sexier female peers. Perhaps they have settled on Sketchbooks, but, as mentioned before, up until at least middle of last year, they were referring to themselves as Cuties. Have they settled on this name officially, or are there more creative and adorable names on the horizon? 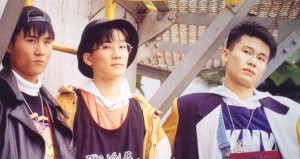 Then there’s the group that essentially started all this madnes: Seo Taiji and Boys. Now, granted, when they were around K-pop wasn’t even an entity. In fact, one could argue the terms “K-pop” and “hallyu” weren’t even actual ideas until around 2003. However, their following is stalwart and immeasurably important, not just because of the group, but because it was pretty much the first group of fans connected to a group that had any social and cultural pop impact. Obviously, a comeback isn’t in the works for the group, though Seo Taiji himself has stayed around the scene for what seems like always. But just on principle, I think this group’s ever-loyal fanbase deserves a shout out for being one of if not the first fandom in K-pop.

I suppose the ultimate question is what do we call these fandoms who are sort of nameless and sometimes completley faceless? You’ve got the newer groups like AkMu coming up that have made in enormous impact and could possibly change the overall face of K-pop. Their influence could usher in a new era, more focused on honest composition than glossed perfection. Then you’ve got groups like JYJ, who still have loyal Cassies that will never leave their side, but many in the fandom have only been fans of the three men as they are now. The fandom is so painfully divided, the group color is still unclear (there are colors for individual members, some claim the color is green, others remain pearl red). So what of them? Are those fans who were never part of the constellation to remain simply “JYJ Fans,” citizens of the “JYJ Republic”?

There are those (fans included) who may think a fandom name is insignificant, that the love fans have for their bias group is enough of a connection, makes each fan a member of an extended family by virtue of their favorite group or singer. However, I think everyone deserves a name, something they can blare loud and proud as their group’s colors. In the end, every fandom is a family: there are some you adore, some you wish to disassociate with, and those who you don’t even know that creep around the corner. But every family has a name. Every household has a recognizable moniker that’s an indication of who they are and what they stand for. I think every single fandom deserves that visibility, no matter their bias.