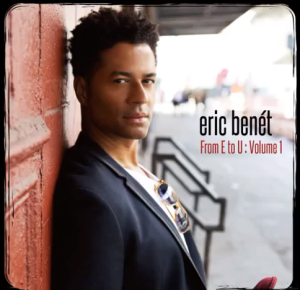 With a lot of questions over the validity of K-pop artists collaborating with Western (mostly American) artists, producers, etc., it’s good to finally see a collabo that’s actually quite beautiful. Eric Benét, an artist whose songs many an idol claims to have auditioned with, reached out to one of the biggest voices in K-pop, none other than American-born Ailee.

The duet is for Benét’s upcoming album and is a remake of the 1984 classic “Almost Paradise.” The song was also the theme for film Footloose, and it’s fitting–the original song having been sung by two artists with powerful voices in their own right, especially Heart‘s lead singer Ann Wilson.

This snippet was released by Warner Music Japan yesterday and has already gotten a lot of attention from fans of both artists. It’s been a long time coming for Eric Benét fans who’ve missed the man’s smooth vocals since 2012’s The One. Fans of Ailee are overjoyed to see the singer come back with more music.

What’s even more impressive is that the song isn’t attempting to force a style on to either artist that they wouldn’t be comfortable with. It’s a pure power ballad, flat-out beautiful singing that’s not contrived or overexaggerated. It helps that Eric already has experience working with K-pop groups: he’s collaborated with Fiestar on track “Whoo!”, which he also composed, as well as with Brown Eyed Girls leader Jea on “Days and Nights.” This is truly an instance of mutual artist respect, regardless of ethnicity or musical background, and the result is stunning.