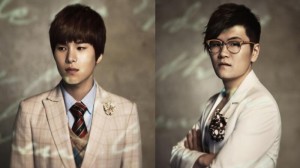 Multiple lineup changes and three years later, the vocal excellence that is R&B group 4Men returns. This time we’re gifted with the first of three singles from their upcoming album 1998. Fans of the group will be surprised with the latest lineup. As the album’s title suggests, they debuted in 1998 four-man R&B vocal group (hence their group name). Their powerful vocals and incredible harmonies saw members Yoon Min-soo, Jung Se-young, Han Hyun-hee, and Lee Jung-ho become one of South Korea’s most important vocal groups. In 2001, Min-soo took his leave and became one part of duo VIBE, and from then on the group went through a number of shifts. They went on as a trio until 2006; then member J1 joined to complete their quartet. A couple years later, the lineup again shifted, completely new members (Kim Won-joo, Shin Yong-jae, and Kim Young-jae) making up the trio. Prior to their latest release, Young-jae moved on, and now Won-joo and Yong-jae are left to keep the group’s legacy alive.

And they do it in the most explosive way.

Quite frankly, all ballads more or less tend to be the same, especially when we’re talking about the OST power ballad so common in K-pop. It seems writers and composers are incapable of creating ballads that aren’t prey to the same melodramatic strings and overdone drums, symbolic of the heartbeat of the lovers involved in the show’s (or in this case video’s) main plotline. Lyrcist and composer Park Kang Il and arranger Choi Seong Il saw fit to follow the same pattern. That being said “Erase” is a powerful ballad, the vocals mighty and elegant. The lyrics are typical “Why can’t I get you out of my head?” fare, nothing unheard of in K-pop (or any love song for that matter). However, whatever clichéd tropes are gleaned from this song are more than swept away in the unbelievable vocal largeness of the piece. The instrumentation is obviously dramatic, OST-style composition. And though not incredibly original, it does compliment the duo’s voices quite perfectly. 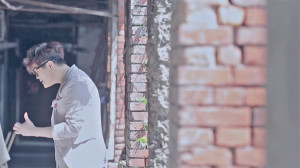 The video is actually typical love story fare; however, use of the album’s songs (namely second single “Pray” at video opening and “Erase”) keeps the viewer invested, if only just to hear more of those magical voices. Opening with a delicate a cappella harmony, the video starts with an incredible piece of heartache and yearning from the first note. The video compliments the song so well, following Won-joo as he wakes up after having the love of his life on his mind all night. The video concentrates on the senses of our protagonist: the sound of water running in the sink, the feel of the bristles of his toothbrush on his fingers; these all elicit memories of her scent, her feather-light touch on his shoulder. We experience these memories with Won-joo, being witness to his struggle to get the lingering taste of his lover out of his mind the pain of realizing that he’s incapable of doing so.

Meanwhile, we have dramatic glimpses of Yong-jae as he belts out the chorus. The camera work is emotional, being off-kilter to capture the passion in Yong-jae’s singing and the listless wandering of Won-joo’s mind as he tries to get the stain his lover left behind erased from his system—this being illustrated with scenes of Won-joo leaving a faded shadow of himself behind as he continues to purge himself of his lover’s constant memory. There are the typical close-ups, far-off shots of our protagonist staring helplessly into the distance. Even a scene of romantic discord between the two lovers on “Romantic Lane.” It’s almost too corny to be true. The typical storyline aside, the softness of the color palette—all icy blues and slate grays with splashes of faded pastels—is actually quite beautiful. 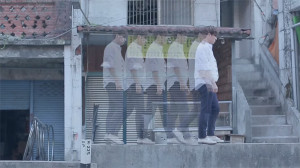 While “Erase” is nothing new, there’s actually nothing wrong with that. The video is very textured and the colors are photographically gorgeous. But the main goal is definitely to highlight the emotional rawness of 4Men’s vocal delivery.

It’s obvious the vocals are there and always will be. The group is as strong as they were 16 years ago with the original lineup; however, fans will no doubt notice the drastic changes. With 1998, the group seems to be making a statement. Yes, we were four all those years ago, but we’re here now, and our music will leave an indelible impression. The voices are incredible and the visuals are stunning. It’s no surprise that this group continues to thrive despite all the challenges they’ve faced in their long career. 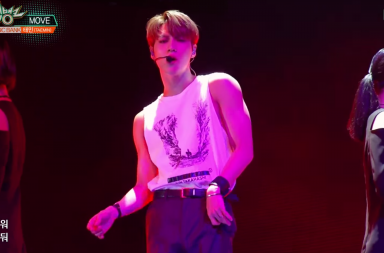