TINT Returns With "Wolf Is Stupid" 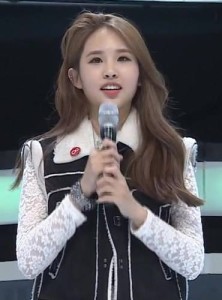 5-member girl group TINT have recently made a comeback with their single “Wolf is Stupid.”  Being relatively unknown amongst the plethora of rookie girl groups, TINT possess something a little special; member Lee Mi-rim. Lee Mi-rim, initially debuted on K-pop Star 2 as part of the girl group YouU. After her dismissal from the show, she signed with GH Entertainment and not long after was set to debut alongside the group TINT in October 2013. TINT debuted their first single “Love at First Sight”, with the determination to “tint” the K-pop scene with their own colour and style.

“Wolf is Stupid” is said to be inspired by the fairy tale “Red Riding Hood,” and watching the MV — this rings true. Featuring back up vocals from Teen Top’s Chunji (though I fail to hear him in the song,) the MV is a diabolically sweet concoction of sugar and aegyo.

The beginning of the MV starts with one member of the five running on to a set that mimics a clearing in the woods. The female seems to be frightened as a shadow approaches her stealthily. Cue the freakout and after recovering from a nasty fall, she opens her eyes to find the other 4 members of TINT glaring at her in blatant judgment.

If you haven’t figured out what is going on by the time, don’t fret. It becomes pretty apparent as the song starts that this is about a girl feeling under appreciated in a relationship. Likening the boy to the image of a wolf, is hinted at in the title, but is taken rather literally during the MV.

We see a wolf getting dressed as any human would, in the morning — putting on his suit and tie, wearing glasses, and carrying a newspaper; this wolf is your average working man. During the course of the MV, the girls each take their turn in capturing the “wolf’s” attention — only to be shot down with each attempt. One member invades the wolf’s personal space, viciously flipping her hair in his face. His reply? A sneeze right back in hers. Another member cooks an array of dishes that magically appear from thin air, whilst another buys the male/wolf lavish presents — both go completely unnoticed by the said protagonist. One of the more interesting techniques used included working out and posing alongside the wolf. This is all done in the midst of the other “reds” (other members in red cloaks) watching the girls and their attempts at seeking the attention of this alpha male — as if to hint at some mass-observation experiment being carried out. Unfortunately to no avail, the girls fail to catch the attention of the aforementioned male and it all gets a little too much for the “reds” — who then proceed to assault the wolf with an oversized mallet. 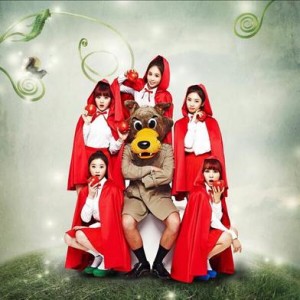 The lyrics also exclaim a girlfriend’s feeling of dissatisfaction in a relationship, mirroring the sentiment shown in the MV. They are not complicated, easy to digest, and get the point across well.

There are few things we understand about the wolf in the MV: 1. He really doesn’t care about her (she puts on makeup for him, and goes unnoticed), 2. He’s hypocritical (disliking short skirts, but checks out girls in them), and 3. He’s inconsiderate – telling her she looks bad without makeup on, and “stuffs his face” while she is starving. If you look at this in another way, the relationship is seriously dysfunctional — and TINT dumbing it down and serving it as lighthearted banter is questionable. There is an apparent lack of communication in this relationship, whereby the girl feels uncomfortable expressing her true worries to her loved one.

Everything in the MV is pretty generic, from the cute styling and props, to the sets, as well as the way the MV is filmed. Though there is not much to be said there, what is interesting is the directors’ spin on the famous children’s fairy tale “Red Riding Hood.” Commonly thought to be about “stranger danger,” “Red Riding Hood” actually has a much deeper message about society. As a result, it is constantly being used as inspiration for movies and stories today, as well as having been re-written from every perspective possible. Some popular interpretations of the text include it being a commentary on ageism, puberty rituals, sexual awakening and rape amongst others. 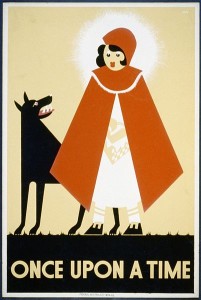 TINT’s take on this is interesting for two reasons: the wolf is seen as a predator who is inconsiderate and views women as objects (shown in the MV through him checking out another more seductive woman,) and the “reds” (the other members who are wearing red cloaks) serve as guardian angels to this young girl in the beginning of the MV who is scared of the “Wolf.”

If we look at the MV is this light, the ending makes sense. The young naive girl gets fed up of the wolf’s tactics and the “reds” decide to intervene and set the wolf straight. They embody experience in dealing with men — much like how Red Riding Hood kills the wolf in the original tale after finding out he ate her grandmother. The girl who ran in to the clearing is the one who hits the wolf on the head with the hammer, now donning a red cloak and her posse of red riding hoods; She appears to have passed some sort of strange initiation ceremony and is now a bona fide “red”. She has learned her lesson with the help of her sisters, and now will not beg towards a wolf.

Though the MV can be picked apart bit by bit to reveal such a profound message about puberty and sisterhood, it is sad to say, the message is largely overshadowed by the diabetes inducing sweetness. The MV seems to be fluff in the beginning, and only after watching it five hundred times do you understand some deeper meaning. For many of us, we just don’t have the time. 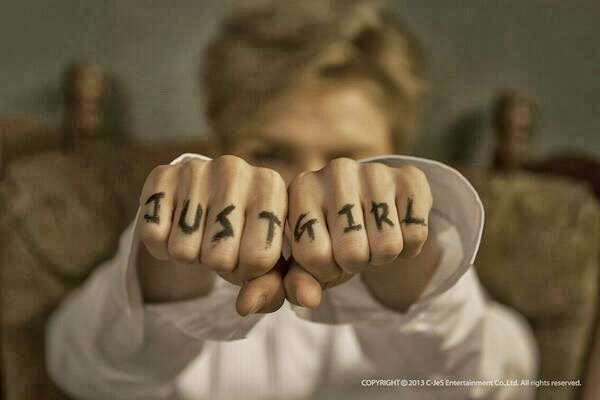