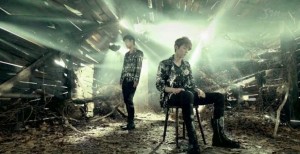 Perusing the publicity often used by companies to promote their idols can often only lead to pictures or short MV teasers.

Teasers give fans something to anticipate as their favorite idols mount a comeback. Usually, their lengths are shorter. As many fans can testify, the sound bites from these teasers don’t always reflect the final product. They may be effective in piquing interest but may not always accomplish all the marketing goals in ramping up expectation for a comeback or debut. Sometimes, there can only be so many teasers before fans demand an actual song or video. As an ever increasing trend, the pre-release has been used more frequently by entertainment companies. The intentions and receptions from the pre-release may differ. However, the pre-release has gained pertinence in an ever saturated market.

Sometimes, idols are away from the K-pop scene for extended periods of time. Not surprising given many forays into different countries or increased individual promotions. After being away from the scene for extended periods, one of a few things may happen: fans either become more eager for their favorite group’s return or the group starts to lose bearing with the public conscious. Teasers can give a slight audio/visual bite to the direction the idol is headed. Due to brevity, these are not always fully fleshed out. A good portion of an artist’s following consist of the fans that are dedicated or part of the fan club. To reach outside of that set number of fans to capture new territory, a teaser may not suffice. Instead, the pre-release offers many more opportunities.

Recently, MBLAQ dropped the track “Our Relationship” as a pre-release to their mini-album “Broken” after almost 9 months since their last mini-album. The song not only served as an appetizer to fans who have been waiting for their comeback but also gave fans a full song to digest the understated maturity emphasized during this mini-album’s promotions. 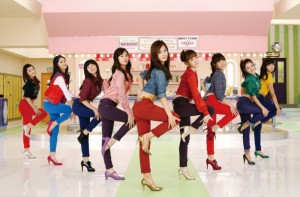 Another nuanced attempt in regaining spotlight within the public conscious is with Girls’ Generation and their track “Dancing Queen.” Prior to this song, they were absent from the Korean music scene for over a year. They sprung this MV to spark a sense of nostalgia in long time Girl’s Generation fans. This release also served to add dimension to the girls’ comeback. SM Entertainment went a bit left-field with the title track “I Got A Boy,” so the pre-release was a precursor attempt at satiating divided fans.

By dropping a full song and/or music video ahead of a comeback, the flexibility of the intended purpose is wide. Vixx and B.A.P both have utilized this method in the past to increase their conceptual scope. It can become easy to box K-pop idols into specific categories based off their promotional tendencies. A necessity to prove an idol’s capabilities outside of this limitation can arise. For Vixx, “Only U” served as a break from the frequency of their dark thematic MVs. “Only U” was great in not only showcasing their vocal prowess, but it allowed for them to highlight a softer R&B sensibility. Similarly, B.A.P had been pigeon-holed as a sort of one trick pony with their hard-hitting title tracks. When they released “Rain Sound” as a prelude to their “One Shot” promotions, they allowed for their fans to connect with them on a more emotionally charged level.

Stylistically, pre-releases can often serve as news starters. With Ga-in’s “Fxxk You” pre-release, the music video touched on a heavy topic. The brazen title and teasers alone may have turned off some listeners. When it is coupled with the execution of the whole song and video, the message is able to come through rather than if it had been simply left as a promotional teaser. In contrast, G-Dragon drew major headlines with his lyrics for the pre-release of the song “One of a Kind.” He was gaining more credibility as an artist for his role in creating music. This song not only served to gain him praise for his songwriting, but also for his ability to rap. 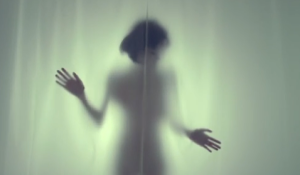 The varying expectations of fans often forces entertainment companies to react in different manners. The pre-release in particular seems to be a reaction to satisfy contrasting desires of fans. Some want to consume material that is consistent with a set image while others desire more growth or a mix up in style. Western artists have traditionally used the idea of the promo single as a barometer for introducing a different sound or testing out the public reception to a song. It is often a safer route to put your name on a promotional pre-release instead of having your name attached to a commercially unsuccessful single.

K-pop has reacted to the divergent whims of their listeners. Can the use of the pre-release evolve to move towards the ‘promo single’ in regards to rookie debuts?