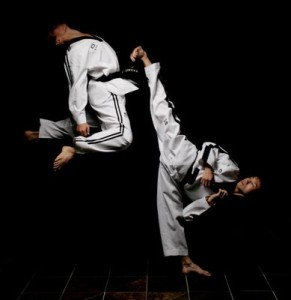 Upon browsing the internet as one does in the late evening, I suddenly found myself clicking on a video sent to me by my friend. K-tigers was the title, and this was their dance/taekwondo cover of Taeyang’s “Ringa Linga.” Putting aside the obvious question of “what on earth is a taekwondo cover?” I humored my friend and pressed play. I found myself steadily enjoying what I was watching, and by the climax of the song I was fist pumping and air drumming myself to exhaustion. Attribute my enthusiasm to the glory of the video or to the deliriousness one experiences whence they are in the purgatory between conciseness and sleep — I couldn’t deny that the video kicked ass.

K-tigers are a taekwondo group that hail from South Korea, that specialize in quality Taekwondo training. Upon further research (and the help of my old friend Google Translate) I found that it was founded in 1990, and have since then competed in various high profile taekwondo tournaments around the world.

Browsing comments upon comments, I found that my sentiments echoed across the valleys of the fandoms and I was amongst the many fans that had put their names on waiting lists of taekwondo training centers in their local areas. I was ready to kick some ass — when I looked at the price list. Stopping myself from pressing on with the payment, I perused this predicament I was in. Had I been sucked in by the bright lights of martial artistry? Had their flying kicks left my brain unable to function properly? Would my dreams of joining a legion of pretty boys and girls be rendered useless? Was I being sucked in to a flamboyant marketing ploy? 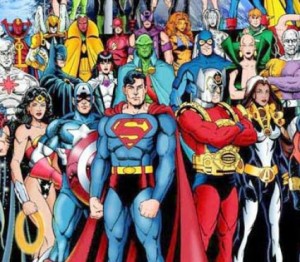 In 1994, John Rockwell of the New York Times wrote an article about Exporting American Pop Culture. He pointed out that the impact of American movies were overwhelming (citing 88/100 world movies attended in cinemas were American.) This is not to mention the pop music, television, novels, and “the nebulous, all pervasive imagery of American fashion” that was being imitated in streets all around the world. However, he argued that “such dominance, could breed insensitivity to other cultures fears that their traditional values may be lost”. Though the Korean Wave in some aspects can certainly be translated as being a force to be reckoned with, the latter cannot. The idea of K-pop undermining the deep-rooted cultures of the countries in to which it expands (The Americas, Europe, Middle East, Asia etc), is pretty far-fetched.

However, to say that the Korean Wave cannot make a mark whatsoever is also incorrect. The “Korean Wave” has already worked it’s way through the minds of budding fans all around the world, and has started to leave it’s mark amongst them. It had become apparent that the Korean Wave has started exporting a pop culture of its own — however differing slightly to American Pop — more and more elements of Korean culture has seeped its way through the dramas, movies and music consumed by fans.

The Jakarta Post did a feature on the above, and concluded that Korean pop music is “undoubtedly the leading force in the Korean culture boom, that is attracting thousands of visitors to the country.” They pointed to fans who claimed that they learned of Korean culture and food through K-pop — flying out to Korea to broaden their experience of the culture. K-pop provided them with a gateway in learning the Korean language, its cuisine, and traditions. Along with experiencing traditional Korea, these fans actively tried out more modern innovations; such as dance, beauty, and singing. 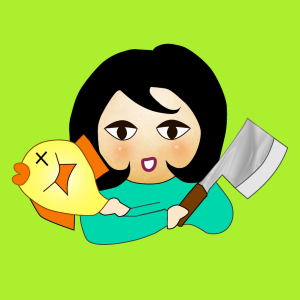 Korean companies are well aware of the influence that K-pop is having, and as a result they are pushing Korean culture (old and new) through various channels to meet these demands. YouTube channels such as Mnet America offer services to people who are curious about “K-Style.” Arirang TV is famous for Korean Cultural Education segments, and niche YouTube chefs such as Maangchi are thriving on the appetite that fans of K-pop have for other parts of “Korean experience.”

K-tigers are also contributing to this trend, and exposing another part of Korean culture to the wider audience. In fact, many people find it hard to “be in to” K-pop, and not know anything about Korean culture. They go hand in hand for the majority of us, and it is no surprise that enterprises are cashing in on this. Baik Ju-hyun from the Hallyu Tourism Team of the KTO has clearly stated that they will continue to come up with various programs that combine K-pop with other fields to better promote Korean culture to the world.

“K-pop is here and K-pop is now” in the words of Wall Street Journal columnist Jeff Yang. He argues that by riding the consumer dollars of its burgeoning tween-fanbase — reminiscent of American Pop culture — K-pop will thrive for the foreseeable future. I am inclined to agree with him.

What are your thoughts on this?