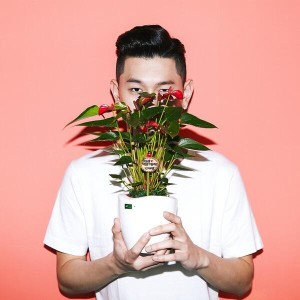 Crush is probably familiar to most K-pop fans. He’s worked with artists like Zion.T, Gary, and AOMG artists. Although he released “Red Dress” back in 2012, Crush has been making his bones as a producer, songwriter, and featured artist over the past couple of years. Now, he is making his “official” debut as a solo artist with “Sometimes”.

As spring time has come, it seems the sappiness of music has also come, and K-pop artosts seem to be in need of help pulling themselves together. Crush has joined the slew of songs lamenting the loss of love, reminiscing about all the good times he had with his past love. While these lyrics are a perfect fit for Crush’s style, it would be nice to see him doing something less sappy with his next solo release.

You can never have too many smooth-singing R&B crooners in music. Crush is the latest addition and is welcomed with open arms. His voice will seduce listeners and make them melt. Although his voice is mid-range, his high notes are actually full. While it would be expected for him to use vibrato, he doesn’t and opts to keep the vocals pure and simple.

Upon listening to the music, it’s not hard to see Primary’s hand in the song. Notable for his smooth electronic R&B, Primary has put his stamp on “Sometimes”. We are of course seeing this style of music everywhere in R&B, so it seems we can expect some smooth tracks from countless artists, especially those from labels like Amoeba Culture.

Despite the sad nature of the lyrics, the song has such a strong groove, that it’s difficult to not start nodding your head along to the track. The bass guitar is the best part of the instrumental: It’s strong, persistent, and takes center stage of the instruments used. Then, there’s the tambourine. It’s been a while since I’ve heard a recent song use one, so it was an interesting and cool addition, and sets the song apart from others.

It wouldn’t be an electronic R&B song without the electronic part. The melody is played with what sounds like a synthesized keyboard, played over — what is likely — electronically produced strings and light rim shots. The fact that all these others are behind the bass line ensures that the groove is the most important aspect of the instrumental.

The main MV plot for “Sometimes,” though loosely done, revolves around Crush reminiscing while writing a song. Whether he’s writing lyrics and composing music, he simply can’t get his ex-girlfriend out of his head. With mirrored actions, such as drinking coffee and sitting on the same couch, the connection between Crush and the girl is shown. The MV does end sweetly with his ex listening to his song he wrote about his feelings, “Sometimes.” Smooth plot twist there. 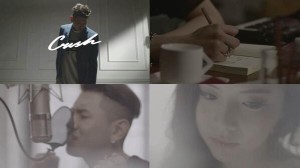 Amongst the plot points are cuts to him dancing and singing. Who knew Crush actually could dance? Artists at Amoeba Culture aren’t exactly known for being dancers, so it was surprising to see Crush add some slick moves. He even treats viewers to a couple of body rolls.

The characterization of the female character is an enjoyable sight. We are used to pretty girls, wearing pretty dresses, and generally made up to look like the most stereotypical girly thing possible. However, the female in the MV is low-key and sporting a hip-hop style. Wearing oversized shirts, jerseys, and high-top sneakers, she’s fits well with the genre. She also matches well with Crush’s own style.

What’s a hip-hop/R&B MV without some cameos? Crush shows off his repertoire by including several artists he’s worked with: Zion.T, Jay Park, Loco, and Gray. They can be seen as his friends who help him relax and distract him from his pain … or at least that’s the excuse I’m using for the appearance. Either way, it’s an example of how interconnected the Korean R&B/hip hop genre is, and how supportive artists are of each other.

With “Sometimes,” Crush continues to solidify himself in the market. The song has performed quite well on charts, so it wouldn’t be a surprise to see him really make a splash later on. Here’s to hoping that we hear more of his sweet voice and great music skills.