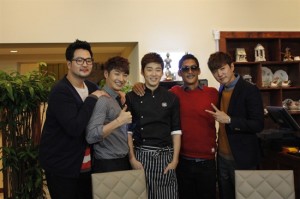 Amongst all the fervor for young, fresh faces of K-pop groups, there are the longings for the legendary artists who made the genre a phenomenon. Many in the world of K-pop wish for comebacks of artists from the 1990s and early 2000s, whether it is solo artists or groups.

As with every year, solo old school artists make comebacks. In just the first four months we’ve seen several high profile artists release new music. Rain and Shinhwa’s Minwoo made quite the masculine splashes with their respective projects. They reminded people of why they ruled K-pop in the early 2000s. Park Hyo Shin’s “Wild Flower,” as well as Lee Sun Hee and Lim Chang Jung, have continuously topped the charts so far this year. So, who else will be joining their esteemed colleagues and should get your attention?

When it comes to legendary artists in K-pop, Seo Taiji stands out more than most. The never-aging rocker-turned pop artist-back to rocker is an icon in the industry. Befitting his reputation of surprise news and dropping bombs on his fans – like his marriage and expectation of fatherhood – Seo Taiji has announced his plans for new music. While the details and specifics are still speculative at this time, just the possibility of his comeback is big news. Seo Taiji hasn’t released any new music since 2009, despite teasing fans with rumors of a new album last year. Whether he’ll return to his harder rock roots, or release another album like 8th Atomos remains to be seen. Either way, it’s almost guaranteed to be good.

On the female side of things, Gummy is also making her official return. Although her comeback has been pushed back due to the Sewol tragedy, she is still slated to return sometime this year. Prior to now, Gummy has mostly released OSTs and collaborations in Korea and her new mini-album will be her first comeback in four years, and also her first under C-JeS. Gummy is a powerful songstress with a unique voice. Her progress, and possibly a change in style, is something to keep an eye on when she returns.

While soloists are generally active, groups mostly remain absent. 2014 looks to be a year for the winds to change. Finally, some long gone groups have announced their comebacks. Age is a factor that may be an obstacle, since most artists are in their 30s, and sometimes even older. Adding to the separate activities – acting, solo music careers, family – it’s not difficult to understand why groups don’t reappear together often. With the exception of Shinhwa and hip-hop groups, old school groups have long been apart. Naturally, every year speculation of group reunions runs rampant. From H.O.T to g.o.d, group members are questioned about any plans.

Sometimes, those hopes for reunions actually come true, or at least are wishes are encouraged in happening. After constant photos – and denials – g.o.d may actually reunite. As the group faces its 15th anniversary, there have been subtle hints that they will release a special album. Of course, due to Yoon Kye Sang’s acting career, there are roadblocks, but, he has not flat out denied participation. That’s a giant step in the right direction, since previously, all members have said “No.” So, here’s hoping the reunion happens. 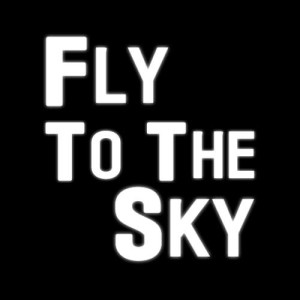 Probably the biggest news to come out is the return of Fly to the Sky, which will assuredly be covered extensively here. The powerful vocal duo of Brian Joo and Hwanhee began separate careers back in 2007, after 8 years of success. While they’ve seen success, and tried their hands at different projects, Fly to the Sky was one of the groups who paved the way for R&B. Given Brian Joo’s recent releases, the group will have to find a way to resolve the difference between their former image – smooth, R&B – and their maturity through the years. It should be an exciting time.

BUZZ may not be a familiar name to many K-pop fans, but they are one impressive band, and known for their rock ballads. Formed in 2003, this will mark the first time since 2008 that all the original members have worked together. The band split when serving their military service requirements, and went their separate ways. After that, only leader Yoon Woo Hyun remained to carry on the band with two new members. In early April, following the wedding of Shin Joon Ki, Kim Ye Joon announced that the original band will reunite. While I expect a few rock ballads, like “Coward,” the band could also unleash a song like “Leaving on a Journey to Me.” Good rock music is always welcome, regardless.

Now, if only we could possibly get a Jinusean or 1TYM reunion, other than on an YG Family concert stage. A fan can dream.

In the meantime, have your ears open and prepared for what will surely be amazing music and likely a walk down memory lane.