Two Thousand Won are Worth a Million with "Beautiful" 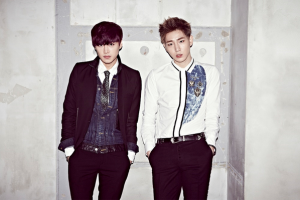 Two Thousand Won has joined the ranks of reality show contestants to make their official debut. The duo, Kim Hyo-bin and Kim Il-do, made it all the way to the final four of K-pop Star 2. Afterwards, they got signed to Reve Entertainment for their troubles. The two have just released their first single “Beautiful”, a collaboration with vocal powerhouse and current It-girl Ailee.

“Beautiful” as a song is, quite frankly, beautiful. It’s one of those songs the world can never have too many of. “Beautiful” is a lovely cross between a sex jam and a love song. The sleaze and  innuendo of the former is definitely present, mostly in Il-do’s raps, though Hyo-bin gets in on it, too. At the same time, the softer, more gentle music and lyrics provides an earnestness and honesty seen in the latter. It’s about finding someone beautiful.

Now, Two Thousand Won doesn’t mean this only in the literal, physical sense, as in “God, my new significant other is hot“. No, they’re also speaking in the metaphorical sense, where you find someone so completely amazing, “beautiful” is the only word that seems to fit.

These sweet, love-struck words amazingly don’t clash with some of the later lyrics, where it moves from sweet and innocent to some very sexual lyrics:

“I want to feel you and touch you more, this night might not last forever
That’s why it feels more precious alright”

Instead, they balance each other out. This prevents “Beautiful” from being either about puppy love, or an ode to sex. Instead, “Beautiful” is about more a realistic relationship, one where the participants are older, with life under their belt, but without being stripped of all idealism and romance.

“Beautiful” has a wonderful balance between vocals and instrumentals, and is surprisingly gentle for a song so heavy with synth.”Beautiful” really proves the capabilities of the softer side of electronica. Typically, there’s a distinct beat that serves as a backbone, with other layers serving more as embellishments then vital components of a song. Here, the composition is effectively a synthetic band. There’s piano, drums, a bit of guitar, and all hit that sweet spot where it takes a second to figure out if the music is from real or synthetic instruments. This gives the song an overall feeling of realness that a lot of electronica doesn’t have. It lies in an inverse uncanny valley, where the inability to tell reality from fantasy makes it better. 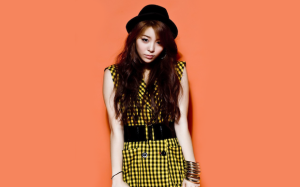 Vocally, “Beautiful” never had a chance to be anything but spectacular. Hyo-bin and Il-do alone could have rendered this into a masterpiece. Il-do’s rap delivery is smooth and sleek. Hyo-bin gets a chance to show off his incredible range. He goes from low and sexy to a falsetto that actually manages to sound good. The standout, though is Ailee. Not because of the chorus, which is her usual belting, stunning as it is. Instead,  it’s her adlibs sprinkled throughout the verses that make her shine. Why? She sounds sweet and in love. Before “Beautiful”, all the emotions she’d ever expressed were sass and confidence. These are not bad, but hearing her express a more vulnerable side was a delight. On the negative side, the exclamations of “beautiful” by children, autotune, or possibly a squirrel really need to go.

This is the place where normaly, the video would be dissucussed. However, Two Thousand Won have not released a MV for “Beautiful”, and shockingly, this doesn’t bother me. The MV is supposed to make a song better, to enhance it, like the MV for “Catellena.” It adds depth that would be missing otherwise. With “Beautiful”, there’s not really a way to make it better. Yes, there could be interesting, non-clichéd plots, like making one-half of the couple scarred or an amputee. And while it would be interesting, it wouldn’t change the meaning,  just make it more clear. As the MV wouldn’t be able to improve “Beautiful”, the absence isn’t really felt.