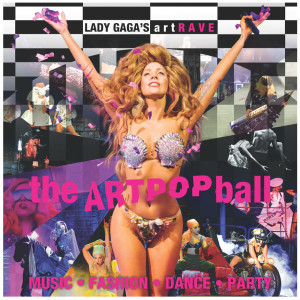 If you’re a fan of Crayon Pop, you’re probably excited that Lady Gaga recently announced on Twitter that the idols behind the “Bar Bar Bar” craze will be opening for her on most of the North American leg of her summer tour, artRAVE: the artPOP Ball. They will perform from June 26 to July 22 and do a 30 minute set at each concert.

Crayon Pop stated they are very enthusiastic about this performance opportunity, and they are big fans of Gaga. I’m betting it’s especially thrilling for Ellin, who once said that her ultimate dream would be to perform with Gaga–for her, a dream is coming true far ahead of any anticipated schedule!

The overlapping space occupied by K-pop and top 40 has always been murky, though. K-pop fans and Lady Gaga fans have voiced various opinions on the combination: some apprehensive, some confused, some happy and some doubting. Personally, I think with the right management, the at first seemingly incongruous combination of Crayon Pop at a Lady Gaga concert could benefit both artists and possibly introduce more crossover between fanbases.

As for why Gaga asked Crayon Pop, I think it’s because as a performer she is known for pushing boundaries with her performance style, and she loves to surprise concertgoers by making them confront acts they have never seen before. Most of the fans who attend her summer tour will not have heard Crayon Pop (though they’ve probably heard Gangnam Style by now). But, even within K-pop, Crayon Pop are an unusual group who often try out new concepts not seen elsewhere in K-pop. The keywords with Gaga are theatricality and uniqueness, and Crayon Pop have both of those qualities in high doses. Their characteristic helmets, weird dance moves and high energy lend well to a Gaga concert; Gaga herself Tweeted the “Bar Bar Bar” MV along with the announcement. It’s also not a case where the share the same music label, since Crayon Pop are signed internationally with Sony Music Entertainment and Gaga under Universal Music Group.

Another initial point of doubt is that Crayon Pop’s fans are called Cuties, and Gaga’s fans are Little Monsters. But, Lady Gaga is an artist that inspires high levels of loyalty and passion in her fans, similar to the way K-pop idols depend on the loyalty of their fanbases. In addition, Gaga often preaches acceptance of difference in her music and in her philanthropic efforts. This leads me to hope that fans at her concerts will be respectful, though there is already some minor shade being thrown over Twitter at Crayon Pop–but from non-K-pop fans and K-pop fans. 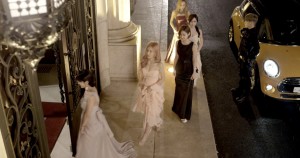 Breaking into the U.S. market is a topic that comes up whenever K-pop idols venture to the United States. Usually, an intense hype is created–remember when Wonder Girls opened for the Jonas Brothers? Or when Girls’ Generation appeared on the Late Show with David Letterman? Sometimes the hype is so much that the reality can never stand up against it. In this case, though, I’m hoping that the hype stays down and that the tour goes well on its own terms. I’m thinking that Crayon Pop will be a good match for Gaga, and I actually like that thus far they haven’t been talking about “spreading K-pop around the world” or “breaking into the U.S. market.”

Crayon Pop were actually asked to open for the entire tour, but they were only able to dedicate a month. I think it’s admirable that they didn’t change their promoting schedule too much–no delaying comebacks or pushing back CDs. Instead, they seem to be managing it as a great opportunity that will add to their future goals, rather than their one chance to “make it” in the U.S. It’s more hopeful and realistic to see the tour as Crayon Pop spreading their own music to new audiences, picking up new fans along the way, and performing with their signature glee on the same stage as an artist they admire. That’s something I can definitely get behind. 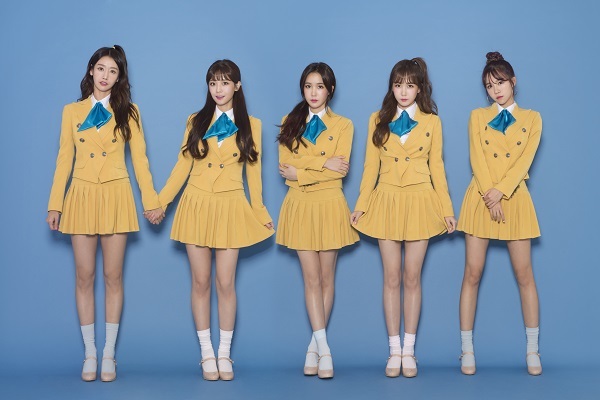