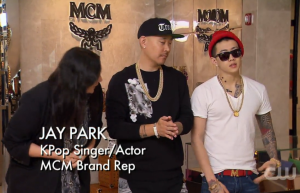 Recently, it was announced that Nick Cannon would be creating a new show based around a group of friends who love K-pop. This could possibly be an avenue for showcasing the Hallyu movement in greater detail, and maybe be the catalyst for bringing popular Korean entertainment to the U.S. mainstream.

Interestingly, K-pop has already made several small guest appearances in a few U.S. television series in the past couple of weeks. A while back, fans were excited to hear Big Bang’s “Fantastic Baby” in an older episode of Glee, but in the past few weeks both Crayon Pop and BtoB could be heard and seen on some other shows.

As interest in different Korean industries and brands grow internationally, the niche K-pop culture in the U.S. is something that promotes K-cool to a wider audience. It is slow progress as the word “Hallyu” isn’t as buzzworthy as it used to be, but the sentiment is still there as Hallyu music, dance, and fashion continue gaining more attention from a wider audience. It is intriguing to look at Hallyu’s introduction and usage on these different shows and what type of message it is sending as to an unaware American audience, and how that bodes for K-pop to ‘make it’ in the U.S.

Crayon Pop’s “Bar Bar Bar” was recently featured on the American sitcom Selfie where John Cho’s character, Henry, was babysitting a kid who was playing around pretending to be a DJ. When the kid initially played the song “Bar Bar Bar,” Henry’s had an annoyed reaction and he rebuked “do you think I like K-pop just because I’m Korean?” A fair speculation, that is later used as a comedic bit as John Cho jams to “Bar Bar Bar” after it is replayed (interestingly, the commercials utilized “Gangnam Style” which is understandably better known by the general public after becoming a breakout hit).

This appearance is akin to “Fantastic Baby” appearing on Glee as both songs are filled with such unbridled energy that people can’t help but dance. The dance pop goodness of some of K-pop’s biggest hits is undeniable and these brief features on those shows give a glimpse of one of the great things about K-pop. You can get those great high energy tunes which get you on your feet.

This, of course, is taken to another level with choreographers taking the 2NE1 song “I Am the Best” and reworking it for a performance on the U.S. version of So You Think You Can Dance. As discussed before with the K-Tigers export piece, K-pop is being paired with other mediums to expand its reach. YouTube has produced its fair share of K-pop related creators who have made the spread of K-pop more accessible and a topic of greater discussion. 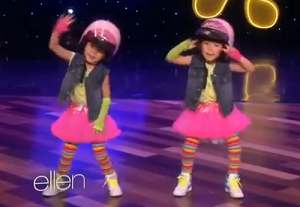 For “Bar Bar Bar,” the song has had its viral moment and its song and dance came in a new form on The Ellen Show as she brought young twins, Yony and Zony, from Taiwan to dance to the hit song.

The dance choreography which has launched numerous covers when paired with the song has become quite the internet sensation. Something to consider is that out of all the dance covers, why were these two tiny twins chosen? Maybe, the image is consistent with something the U.S. audience can better associate the song and routine with.

One of the most intriguing features of K-pop actually comes during the 21st season of America’s Next Top Model. Now, the show itself is a formulaic reality competition for model hopefuls, but the trip to Seoul makes the last couple of episodes an intriguing look at how K-pop is discussed from the perspective of this reality modeling competition. On the first Seoul based episode they aired, BtoB made an appearance where they taught the contestants to dance to their song “Beep Beep.” Their introduction to K-pop described it as “a trendsetting fusion of music, dance, and fashion.” The contestants’ challenge was to incorporate K-pop into a photoshoot where they danced to the song. Peniel from BtoB also mentioned how they had to always look good for their fans.

While the show isn’t exactly my cup of tea (due to the catty drama between the contestants), their trip to Seoul has enough substance to keep me watching for now. All of the glamour of K-pop becomes mystified with contestants declaring how different Seoul is from America with the delicious food cooking on the streets, this group of boys doing a cool dance, and the city as an emerging fashion powerhouse. There is a mystique being created here with how Hallyu is being represented on screen. Given network TV only has a limited time to get a message across, this metropolitan air and selection of these elements is pushed forward as an aspirational high culture. Given that high culture often makes the leap to a consumer mass, shouldn’t K-pop’s attempts start to spread faster? 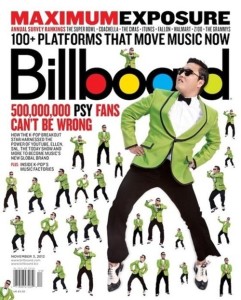 The funny thing is the Hallyu wave was always anticipated to be a viral sensation that would sweep internationally. K-pop videos, songs, dance, and other promotional materials demand a time-sensitive immediacy . Groups have their promotional period where the song is expected to peak in popularity and accumulate views at an accelerated pace. Hence, the idea of K-pop crossing over to the US market may also be thought of with this same respect.

Perhaps this is the wrong attitude with K-pop. Maybe it is something that clambers along here and there gaining traction in a bid to establish itself over time. Of course, “Gangnam Style” and its viral mania may contrast against that, but there does seem to be something deeper underlying why there hasn’t been sustained success for anyone from an Asian heritage.

Looking at the stories being told on U.S. television, minority faces as main characters are largely missing. Even with the minorities in leads or supporting roles, to have them portray characters that aren’t caricatures or stereotypes is even rarer. So, for a show like Selfie which portrays Henry, the Asian lead male character, as something other than an emasculated male – as someone who is viable as a romantic interest, is a great leap. Unfortunately for the show, Selfie has been cancelled. This could be suggestive of what’s still holding K-pop from having sustained success in the U.S. Cracking the market and being considered a serious musical act has a slew of hurdles and understanding cultures and being comfortable with race may be one of them.

So for the uninitiated U.S. viewer, K-pop can either be glamorous, foreign, pubescent, or conflicting with a stereotypical understanding of Asian culture. Who is to the say that the Hallyu’s time isn’t fast approaching? A few years ago, if someone had told me that I would hear Psy or 2NE1 on TV commercials, I would have dismissed it as wild conjecture. These appearances of K-pop on primetime television shows, even if not the highest rated, are a positive sign that there are opportunities for Hallyu to crossover. While the Hallyu wave may burst or is already declining, the urgency to create a major K-pop success act is incredibly high. While prior attempts have been futile, new collaborative efforts are going to push acts to not only crack the charts but to stay there.

What are your thoughts on K-pop appearing on these U.S. television shows? Are there other instances where K-pop has appeared on your TV?