Coming To You Live: Live Albums and K-pop 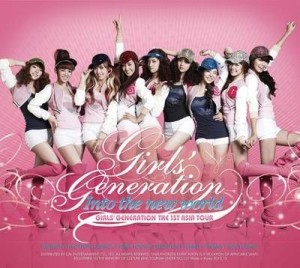 In K-pop, there is a lot more happening ‘live’ than there is in most other music. Live appearances on multiple weekly music shows, live performances for endorsements, and of course, live concerts and tours. However, there is one ‘live’ concept that has never quite managed to catch on: the live album.

Live albums are the audio recordings of concerts. They are also one of the most underrated release types in music, regardless of genre. They offer no new material, and the quality of the music is never as good as one hears on a studio album. Live albums only work in genres where the main draw is the music itself, like classic rock. When a person listens to AC/DC Live, they’re getting the best part of the 1992 concert: the music performed live, the improves and riffs, and the energy and power musicians get when performing for an audience instead of a producer. They also  don’t have to suffer through the bad parts, i.e.  Angus Young stripping down to his tighty-whiteys. 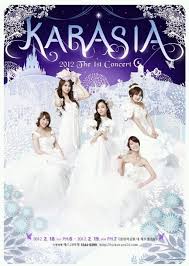 Genres like K-pop, on the other hand, are more visually oriented. The draw of a K-pop concert is seeing, not hearing. Concertgoers want to see their favorite idols dancing live, improvising, and connecting with their fans. None of this shows up on a live album, which are usually edited down to include nothing but the songs. This is backed by the popularity of concert DVDs compared to the rarity of live albums. Concert DVDs allow fans to see the show. This includes the performances as well as the cute moments and interactions that can’t be translated to audio-only version of the same event. K-pop is further driven away from live albums due to the frequency of lip-syncing at live concerts. While the practice does make sense from a practical standpoint — concerts are long and draining on the idols — lip-syncing strikes another blow to live albums. If the album has the same audio as a studio recording, only with a screaming audience, there’s no point in getting it.

There’s also the pesky detail in that, in order to record the audio from a concert, you need to have a solo concert. Unfortunately, that eliminates a lot of K-pop groups from the potential live album pool. Sometimes, a group has to wait years for their first solo concert. Even then, a good live album recording is expensive. Sure, they can be done relatively cheaply, by miking the audience or recording the audio from the sound mixer, but the quality won’t be very good. The best way do to so is multitrack remote recording, and that’s not cheap. When it comes time to record a concert, it makes more sense to pay for a DVD recording, which a lot more people will buy, than a live album recording.

Kara, for instance, released three DVDs off their KARASIA tour alone, but never released a live album. Hell, SM Entertainment has released only 10 live albums in the past 11 years, despite having one of the biggest rosters in K-pop. They’re clearly not a priority, and not a good fit. SM is the epitome of a concert wants to see more then hear. The title tracks of SNSD, SHINee, Super Junior, and TVXQ are dance oriented, necessitating lip-syncing. The signature SM euro-pop music means a lot of post-production work, and the loss is jarring. The SM style and needs of live albums are both good, but they don’t mesh. 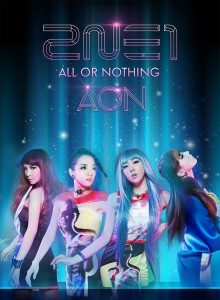 Honestly, there’s is only one company in K-pop with the money and the music to consistently produce good live albums. Thankfully for live album fans, YG figured that out a good while ago.

In the last eight years, YG has released thirteen live albums, and if number 14 doesn’t come off of 2NE1‘s All or Nothing Tour, I will eat my own foot. They’ve been getting more frequent as well– Big Bang released two off their ALIVE Tour. That said, they are 13 good live albums, and that is because of YG’s musical style.

It’s not that hip-hop is better live then pop. It’s that how YG artists put on concerts translates better. When Big Bang performs “Fantastic Baby,” they’re not trying to recreate the studio recording. They’re being louder, acting crazier, holding notes longer. They perform with a wild energy that doesn’t fit anywhere but a concert. Big Bang and 2NE1, as well as Psy and Epik High, they all let go in a way that most K-pop idols don’t, and that letting go is what makes a live album so great to listen to. In these instances, you don’t see a concert. You go to one.

Readers, what are your thoughts on live albums in K-pop — or the lack thereof?