Ga-in Treats Us with "A Tempo" 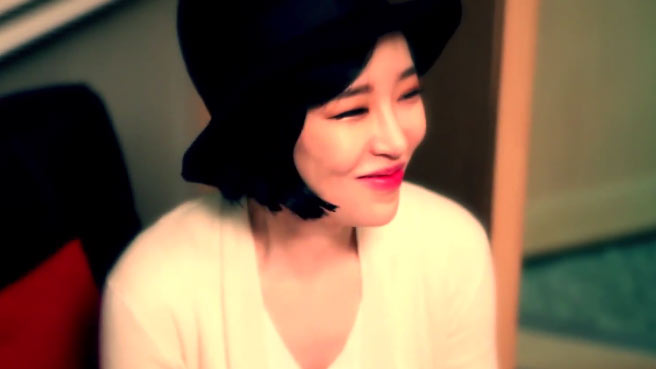 Ga-in is back with another music video for her single “A Tempo.” This one is a simpler MV, unlike her previous videos for “Fxxk You” and “Truth or Dare.” She treats us with a simple love ballad that, while pleasing to listen to, is neither ground breaking or all that memorable when it comes to the work we’ve seen from the maknae of Brown Eyed Girls. Most of her solo singles have been, dare I say it, revolutionary, either in topic or concept, but this one could easily be lost amongst the constant onslaught of music videos if it wasn’t for her name attached to it. Again, this is not to say it’s bad song, but it’s clear why this wasn’t top of the list for promotions.

The entirety of the video is simple behind-the-scenes recordings of her singing and lounging around the studio looking cheerful and relaxed. It’s layered with a dreamy, soft filter and swaps between a sepia tone look and one that is highly saturated. There are brief moments of clarity, but the subject matter does not change so, while one would think it was the climax of the song or video, it’s simply to let us focus more on Ga-in and her guests, Miryo, Jea, and the composer, G. Gorilla. While it is nice to see the two other members of the group, they give simple shout outs to fans and don’t add to the video, even for a “behind-the-scenes” video. They aren’t seen working with her or really interacting. They’re simply tacked on to the end which ends up coming off more as a teaser for the video instead of part of the entire experience. 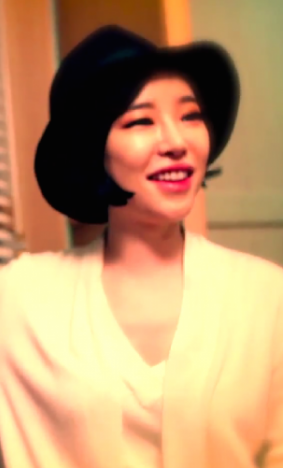 G.Gorilla does add a bit more to video by stating that he was trying to create a more “innocent” image of Ga-in than the public is used to. And that does make sense as she’s seen as the more daring member of her group. While all of the members have had solos, hers do push the boundaries more than her peers that she hardly comes of as a makane or all that innocent. It rarely seems that that’s even the look she’s going for, but the idea of switching gears does make sense to make her more approachable to different audiences.

However, the song falls short of this task. While the song does capture the aspect of “innocence” with it’s lyrics, complete with fluttering hearts and the constant “I don’t know’s” throughout the song, the music video it’s self doesn’t add or take away from Ga-in’s image. At most, we know that she enjoys a ballad every now and again, but that doesn’t exactly translate to innocent and does more so in appearing laid-back. I don’t think that this is bad, as being relaxed can lead to being more approachable, but Ga-in herself still comes off as controlled and mature in their “behind the scenes” clips. In other words, it’s very apparent that she knows we’re watching her.

Needless to day, it was a bit disappointing. Even with the ballad, I always expect something extra when it comes to Brown Eyed Girls and their members. Sad, funny, or racy, they always come out with a little extra “something” to make the music stand up. It’s something that’s to be expected with their status in the industry and experience. However, this video falls flat. It made me reminiscent of the disappointment I felt with M&N’s short debut. A good treat for fans, but not nearly had hard hitting as we’ve come to expect. For this, I give it a 2/5.

What did you think of the music video? A bit too boring, or just right?