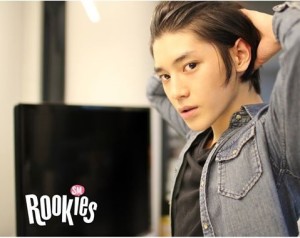 After JYP Entertainment and YG Entertainment spent the last few months showcasing their latest cohort of trainees to debut, it was only a matter of time until SM Entertainment joined the mix.

Two years ago, the agency began unveiling the long-rumored 12-member male team EXO, but now the shiny new “pre-debut” team is SM Rookies, and it isn’t the all-girl or all-boy group that one would expect.

With so little information about the new group, there’s room for speculation. Barring Younique Unit, SM Rookies stands to be SM’s first co-ed group, and based on its name and status as “pre-debut,” SM’s concept and vision for this group are a mystery. SM is also vague about whether there will be additional members to this three-piece set.

November and December are months that entertainment companies use to begin charting out their paths for the upcoming year. Could the SM Rookies bunch be the focal point of SM’s 2014 agenda ? How will they fit into SM’s ever-growing umbrella of groups?

And most importantly, will we suffer through dozens of teasers before we see and hear this group do anything? 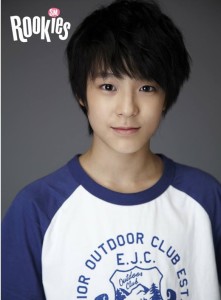 Until we get our answers, we’re left with these teasers, which I found surprisingly informal and unpolished compared to previous efforts by SM. The videos with Seul-gi are purposefully intimate and intend to showcase personality and not skill or even appearance.

Regardless of the mystery, what seems clear is that SM Rookies intends to be atypical, so this this method of introduction is undoubtedly an intentional choice on SM Entertainment’s part.

So far, 2014 seems to be shaping up as a year of tough competition if the Big 3 companies all debut new groups around the same time, especially since the new SM, JYPE, and YGE  groups are presumably going to be the face of the next generation of idols for their respective agencies.

Any thoughts or predictions on the breaking news, readers?