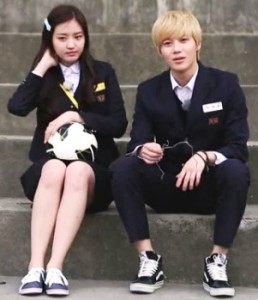 We Got Married is a staple of the K-pop variety world, but it has also become one of the most controversial shows out there. I call it a “variety” show instead of a “reality” show because there is no doubt that the show is heavily guided by a script. Even though the show likes to pretend it is showing you authentic and spontaneous romance that simply isn’t the case – as Taemin’s recent controversy proved. One big repercussion of the show being scripted is that couples are often cast as characters that do not reflect their real personalities. While that may not be such a big issue in and of itself, the fact that those fake personalities are presented as “fact” is a much bigger issue.

In an industry where reputation is of huge importance it is dangerous to portray famous people, and music idols especially, as having a personality contrary to how their fans see them. It is also dangerous to put these celebrities in situations that may cast them in a poor light because it will affect their standing with their fan bases. Even outside the fan bases WGM is a fairly well known show, so any personality portrayed on the show is how regular viewers that don’t have a previous opinion as a fan will end up seeing that celebrity for the rest of their career.

It’s a difficult situation because the show, due to its popularity in earlier years, was a great way to get a celebrity’s name out there if they were looking for more publicity. However, because of the delicate romantic situations and the decisions of the directors it has become a pretty big risk. Sure, you could earn increased popularity by becoming a sweet, romantic heartthrob husband on the show, but you could also see a decrease in popularity if you are portrayed as cold or fickle. 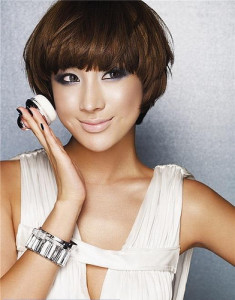 Two examples of this are SHINee’s Taemin and all around entertainer Seo In-Young. On the current season of WGM Taemin has been portrayed as being somewhat of a liar and a prankster. His image has suffered damage in the public eye as he has been given a role to play that sometimes portrays him as immature or plays him up to be a jerk. Similarly for In-Young, WGM portrayed her as a headstrong bad-girl – not the type you’d want to marry — and her image has never fully recovered. She has spent the years since her appearance on the show trying to convince people in both her personal and professional lives that she isn’t actually like that.

If the reason these two celebrities joined the show was because their company wanted to increase their public appeal it certainly blew up in their faces. That isn’t always the case of course, sometimes the show really does improve people’s reputation. 2PM’s Nichkhun and Secret’s Sunhwa both became much more appealing to the public because of their images on the show. Sunhwa, whether scripted or not, won the public over with her cooking and dedicated housewife/mother image. Sure, she was sassy at times, but the wife qualities she showed far outweighed that.

However, Sunhwa has never had much trouble with her image anyway, unlike Nichkhun. Nichkhun was portrayed in a very positive light on WGM but his real world personality and actions have shown him to be a much more careless person. This is more similar to In-Young’s situation in that the personalities portrayed by them on the show were not accurately representing their true selves. Just because someone acts like prince charming on WGM does not actually make them one, and likewise acting rude on WGM does not mean one is rude in real life. There were many potential fans let down by the contradiction of Nichkun’s image on the show versus his later actions, so once again we see why framing a script as “fact” is dangerous. 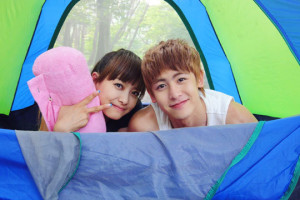 So why do companies keep allowing their celebrities to be on the show? Well, we’re seeing less idols currently so it is possible that the companies have decided the risk is too great for members of boy groups and girl groups. In an industry that relies completely on maintaining a particular image it is just too dangerous. Another question, in that case, is why the entertainment companies don’t just dictate what type of scripts their idols are given. If the companies took control of what kind of personality their celebrities would be playing on WGM the risk to their reputation would decrease.

However, even if they did control everything direction wise that doesn’t mean there wouldn’t be issues outside of the personality controversies; that was proven when Lee Joon and Oh Yeon-Seo had their big scandal. Once again this was an issue of the real world clashing with the world created by WGM, but it wasn’t specifically to do with personalities. The fact that Yeon-Seo might have been in a real relationship wouldn’t have been such a big deal if it weren’t for the fact that she was being portrayed to the public as being “in love” with Joon. 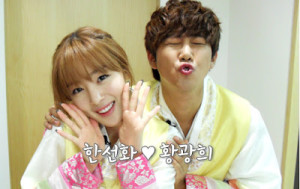 It was a serious ambiance breaker for the show because it showed just how unrealistic the relationships on the show were and how hard it was for the participants to maintain their fake personalities. Once again, though, this had a big impact on Yeon-Seo outside of the show. Viewers suddenly changed their perception of her because of the contradiction between what they had been seeing on TV and what her real life activities were. This damaged her reputation and earned her a lot of backlash from MBLAQ fans. It doesn’t seem worth it to throw away a big chunk of your popularity for something as fake as WGM.

In the end, either the show needs to change its format or companies need to change their angle of participation. If WGM were to change its concept and admit that it was a scripted show and was more like a “dating simulation” than a realistic marriage show it would solve a lot of these issues. That seems like a more beneficial solution than entertainment companies simply refusing to allow their celebrities to participate.

It also isn’t realistic to just have people on the show that aren’t popular, because then no one wants to watch the show in the first place. Hopefully the producers will realize soon that they are on a slippery slope, and have been for more than a year. Between the controversies of the show being scripted and the controversies the actors face on their own time, soon the show will be too big of a risk for anyone famous to consider as an option.

What do you think about the show’s reputation issues, readers? How would you change the format?