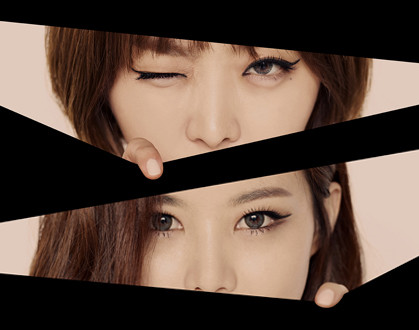 When Brown Eyed Girls members Narsha and Miryo came out with a sub-unit, it was quite the cause for excitement. The group as a whole has had many noteworthy singles, most recently being “Kill Bill.” As well as group hits, the girls have all had solo activity that resulted in quite a few memorable acts and have given us all a chance to see them grow as individual artists. While the group has had a lot of experience together and apart, M&N would be the group’s first ever sub-unit!  Now, they don’t need it to bring attention back to the main group, or even to the two members represented, since they all have quite a fan base and individual popularity. One could only assume that this would be an exploration into a different genre, or concept, that would bring something new to the K-Pop scene or, at the very least, the girl’s repertoire.

Unfortunately this was a bit of a let down, at least for Brown Eyed Girls. Lyrically, the song was a run of the mill love song that, while it was performed beautifully, wasn’t anything we hadn’t heard before. With lyrics like “You sweetly call to me like soft ice cream” and  “I’m doing cute charms that I’ve never done before,” it feels like almost a step back from the image the women have had since now. While that in it’s self isn’t bad, it is a bit of a let down knowing that two power house “adult idols” were behind it. Each of them have had more exciting and interesting songs visually and lyrically which ends up making this one feel like an after thought.

The music video matches the underwhelming nature of the song. It takes a behind the scenes look at their photo shoot for the promotional images used for the single. No dances, no story, just Narsha and Miryo looking pretty against a back track. As a fan of the group, I’m more than happy to watch a minute and a half of them making cute faces and interacting with one another, but it does leave a lot more to be desired. We are not even treated to them recording in the studio, as is usually the norm for these kinds of videos. 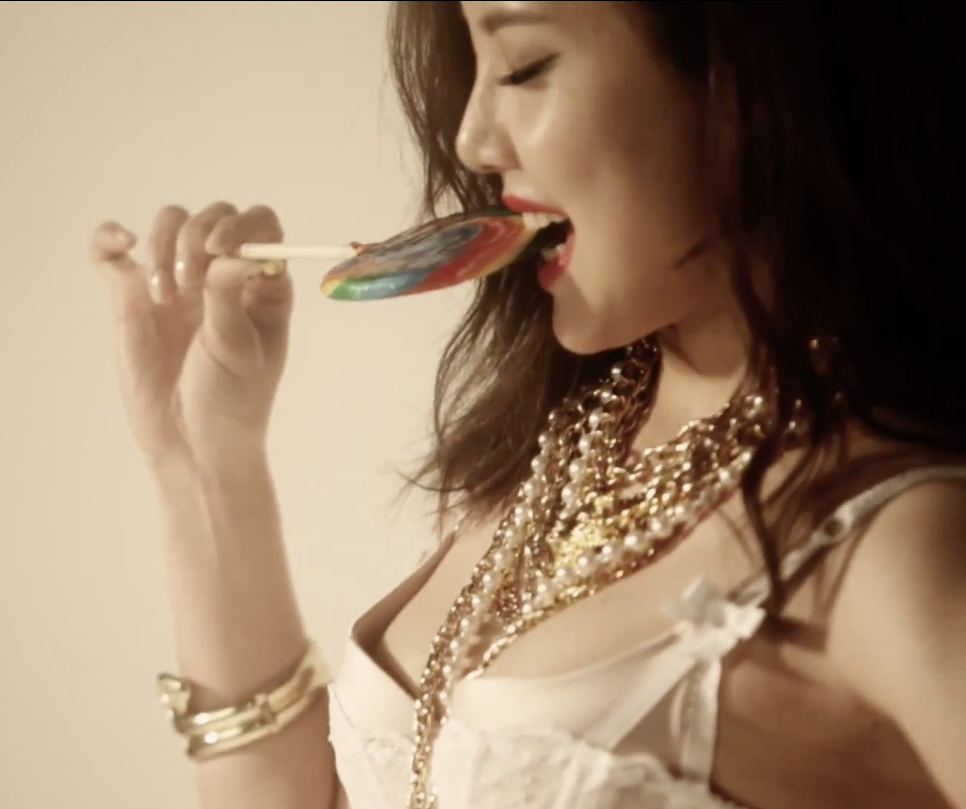 What really leads to the disappointment however is that the promo images allude to a much more interesting concept. The costuming, the juxtaposition of the heavy gold chains and lingerie-eqsue attire with the candy often used in the photos is almost reminiscent of co-member’s Ga-In’s imagery used in her “Bloom” single. While I wasn’t expecting them to go down that route, I expected more layers to the video. Even simple lyrics can be given a second life with an interesting music video.

Again, the song isn’t bad, it could be a very nice B-Side track really. It’s smooth, well done, and, while the topic of the song is a bit juvenile for such an experienced duo, it’s performed well, from Narsha’s relaxing tone to Miryo’s ever confident and hard hitting rap. It something you could easily listen to while cuddling up with a significant other. However, for these two, I was expecting a bit more, especially with their solo activities as examples of just how good the girls can girl, with their lyrics and imagery.