Zia and Davichi's Haeri Team Up for "If You Loved Me" 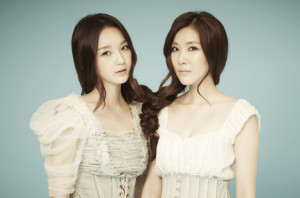 Lee Haeri, one half of the ballad group Davichi, and ballad singer Zia recently collaborated for a new single, “If You Loved Me.” Both Haeri and Zia are continually lauded for their outstanding vocals. Haeri is consistently deemed as one of the best and most skilled vocalists in the K-pop idol industry, and her status is very much justified; the control she has of her voice is impeccable, and the power behind it leaves spectators absolutely breathless in awe. Likewise, Zia has gathered some merits for herself as well. A renowned ballad singer, her artistry, range, and smooth tone makes her a totally spectacular performer, matched by only a few others in the industry.

Seeing as both vocalists are very esteemed and celebrated, expectations surrounding “If You Loved Me” was very high. The prospect of having two singers of their skill level collaborate to create a single track called endless potential on how grand the effort could be. Both certainly proved their vocal prowess before with previous efforts, but would this collaboration continue to flatter the two skilled artists?

Unfortunately, it pains me to say that this collaboration didn’t really meet up with the expectations surrounding it. To start, there’s the song itself. Needless to say, the execution from both performers were pretty much flawless. Zia’s vocals opened the track suitably with its somber and thoughtful execution, accurately setting the depressed mood that encompasses the whole song. Haeri picks up where Zia left off, receiving the torch from her partner rather gracefully, as Haeri’s voice smoothly soars to the song’s first chorus withe very little difficulty and strain.

Having Zia open the song and take the lead in the verses was a very smart decision, for her vocal color is very smooth and calming especially compared to Haeri’s slightly more shrill timbre. This allowed listeners to be eased peacefully into what would be a very dynamic and dramatic track. Conversely, having Haeri follow up in nearly every verse allowed her more distinctive and agile voice to shine, as she effortlessly carried much of the song’s buildup between the much more mellow and reflective verses and the more dramatic and climatic chorus. Her voice was able to scale through some commendable high notes, displaying the range, power, and control she has in her voice. 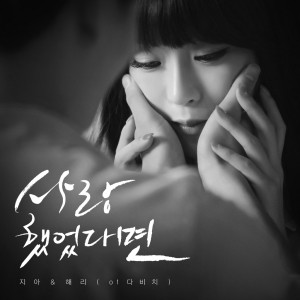 Nevertheless, Zia wasn’t relegated into simply humming the quieter moments of the song either. She also attracted the spotlight with her powerful, emotive voice, especially during the chorus and bridge, where her surprising range and unbelievable emotional capacity took full center. The song’s strongest moments are definitely when both ladies take turns powering through the song, for the vocal spectacle was just too grand to deny.

While the two vocalists had pretty amazing vocal chemistry, my only complaint in the execution of the song is the lack of interaction between Zia and Haeri. Rather than singing a proper duet, there were moments where the two artists just seemed to be taking turns singing, waiting for the other to finish to resume their part of the song. Having two such outstanding vocalists present for the recording, it would have been much more rewarding if the two were able to interact more in their collaboration, for it would have made their respective distinctions as vocalists all the more apparent.

However, while the execution was undeniably top class, I wish I could say the same for the arrangement. Miserably, the song’s arrangement was overused, predictable, and repetitive. While it allowed for some fantastic vocal work courtesy of the Zia and Haeri, the arrangement felt very familiar. Whatever transitions or shifts in sound the song offered were ruined in execution as they were too predictable to build any real suspense, and the viewer could easily see where the song would go only a few seconds in.

Rather than taking cues from the innovative ballads found in the repertoires of both the two artists, the track seemed too much like an overly melodramatic drama OST, being unspectacular and ordinary. The instrumental was very generic, offering nothing new at all with its traditional classic lineup of a piano-led that is later complemented by dramatic strings, and the track itself ended up being repetitive, offering nothing else but repeated use of the song’s chorus and verses. There was no evident bridge that changed the song’s pace to keep the song refreshing, and even the middle eight fell flat, as the song barely offered a climax after all that trouble. 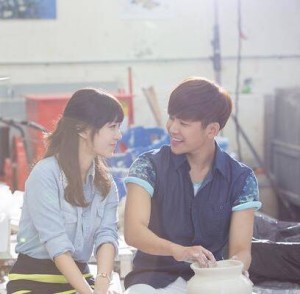 And much like the song it accompanies, the music video for “If You Loved Me” was melodramatic and cliche. Starring Infinite‘s Hoya and Sunny Hill‘s Misung, the plot of the video was an overused drama staple. The music video started by showing Hoya, a potter, being accompanied by Misung, with the two being set up as obvious love interests. After a series of cute moments including an umbrella sharing scene, the blossoming love starts to falter as Hoya starts to lose his eyesight. The following scenes show Hoya facing the troubles and insecurity of his new ailment as Misung also adapts to his growing blindness after learning about it, attempting to help Hoya with it all the way. The video culminates to a scene with Hoya, now fully blind, caressing Misung’s face to feel her presence. Misung leaves the room and breaks down, being overwhelmed with emotion, and while she’s gone, Hoya leaves her, going outside to the rain and leaving a charm behind as a memento. Misung understandably chases after him but cannot find him, ending the video with a lingering shot of her crying in the rain.

Honestly, the video’s plot has been done multiple times before, and much like the song itself, it’s a little too predictable at this point to actually engage any listener or viewer. Moreover, while the song was at least amazing executed, the same cannot be said for the video. To put it simply, Hoya and Misung, while admittedly looking very cute together, did not add anything to the already generic video. Their execution was lacking and devoid of any believable emotion. While their exceedingly blatant flaws as actors may be due the lack of dimension in their characters, both had clear moments where they overacted. While skilled and engaging acting could make even the most generic of plots investable, Hoya and Misung could not do the same, leaving the video melodramatic and generic with little redeemable points.

Overall, I was pretty disappointed with this single. With the combined vocal prowess of such talented individuals like Zia and Haeri, I was expecting something absolutely amazing. Instead, their ultimate collaboration ended up generic and predictable, a clear shame to their skills as vocalists. Both the music video and song failed to really deliver, and while it was enough to pull the effort together, it only gets a lackluster 2/5 from me.