Kara Stays in Its Lane with "Full Bloom" 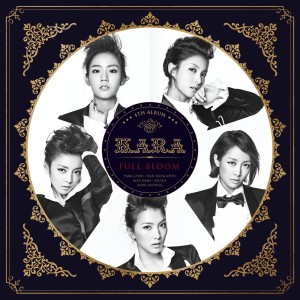 Back in 2007, the four feisty lasses of Kara were ready to “Break It.” Six years, a few lineup changes, and dozens of flights across the Sea of Japan later, the girls have grown into “damaged ladies” singing a different tune: “if it ain’t broke, then don’t try to fix it.”

Full Bloom, Kara’s fourth Korean studio album, picks up where last year’s Pandora left off, serving up the now quintet’s signature, coquettes-come-of-age sound: a marriage of bubbly, synth-infused electro-pop and jazz-funk overlaid with R&B melodies and baby-woman vocals. The album evokes a sense of deja-vu. We’ve heard it all before. But, instead of it feeling stale, Kara’s consistent return to form is comfortable and familiar, like an audio blankey, and displays the band’s strong sense of self.

Nine tracks (seven original plus two instrumentals) tell tales of love outside of reach—paramours losing interest, lopsided love matches, holding onto a dying relationship, despair after having been dumped. Despite pathos-tinged lyrics, the album remains lively, perhaps hinting at hope for future romance, even in the darkest hours of dejection over love lost; and navigates ever-changing pacing and mood with veteran dexterity. The album may not be innovative, but it’s good at what it does. 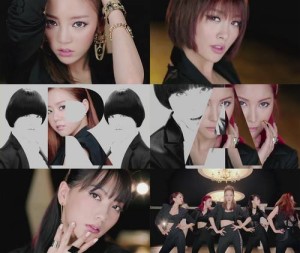 Full Bloom opens with the first single, “Runaway,” a subdued R&B-pop ballad, pretty and sad. No dubstep “bwooomp SKEERTCH!” to be heard for miles, this song isn’t overly concerned with trendiness—which is probably the source of the maturity of its sound. Lo-fi is the name of the game, with acoustic guitar providing a beautiful melodic backbone and interjecting funk rhythm, and an old-fashioned, snare-heavy drum keeping cadence, horning in on the territory of the studio software and percussion machines that dominate pop nowadays.

“Runaway” features eight repeating bars of a minor-chord melody cut momentarily by a jazzy upturn, only to return to the gloom, conveying the resignation of a woman who realizes that she’s the only one in love in her relationship. Kara’s feather-light vocals punctuate the delicate beauty of the melody. A solid start to the album, “Runaway” is a good way to dip your toe in the pool and feel things out before diving in.

Kara abandons melancholy and cranks the energy up to eleven in “Damaged Lady.” The current single and the best song from the album in my summation, track two is a dynamic romp that seamlessly moves back and forth between electro-pop and power pop, single and double time, making werewolves envious of the ease and control with which the song manages its transformations. It opens with breathy talking, expectant percussion, and rock guitar that usher in a lush, synth-heavy sound as the beat drops. The song settles into a skittish electro-pop tune with a R&B melody. Then heavy guitar riffs and a faster pace shift things into power pop mode and the song begins to sound like the lovechild of J-pop and “Danger Zone,” from the Top Gun soundtrack. It returns to slower-paced electro-pop, only to power up again and again. Sky high harmonies and accents round out this Sweetune-composed winner.
[youtube http://www.youtube.com/watch?v=_vHw17-zFa4] Next, Full Bloom moves onto “1+1,” a delightful, jaunty electro-pop ditty. Sugary and futuristic-sounding, the track displays what Kara brought back from Japan, besides duty-free rum raisin-flavored Kit Kat bought at Narita Airport. High-flying synth flourishes and digital-sounding clicks and ticks, coupled with a sweet melody and a girlish ebullience have Kara sounding as much like competition for J-pop acts like Perfume as it is for SNSD. These electro elements also give the song a space-aged feel. Bump this in your hovercraft as you traverse the congested arteries of Tokyo’s sky-ways in the year 2100, remarking to your android friend in the passenger seat on how weird it is that people used to get around on wheels. 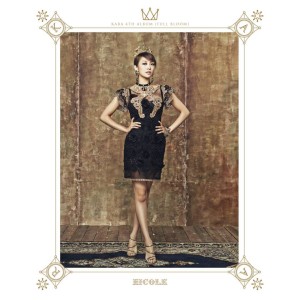 Kara loses me with the next track, “In the Game,” which sounds to my ear like it was ripped straight from a commercial for a local casino. I can imagine a television screen showing someone’s grandpa doing that shoulder shrug dance and hot-stepping to the beat as he fans himself with his newly-acquired loot, a grin on his face as wide as the Grand Canyon. Win big at Charles Town Races and Slots!

But the song is about a game of cat and mouse between potential lovers, not septuagenarians hitting the jackpot. A contemporary blues/funk hybrid, “In the Game” features a strident horn section, sassy vocals, and a baseline which, surprisingly, is supplied by piano and not a string instrument. Rock guitar accoutrements help the song stay consistent with other tracks on the album, like “Runaway,” and accentuate that genre’s familial link to blues. There’s nothing technically wrong with the song, but I think Kara has taken the desire to express maturity a little too far with this one. “In the Game” will never get carded when it orders a drink at a bar. 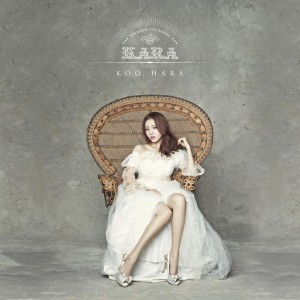 Clearly citing Jocelyn Brown’s 1982 hit, “Somebody Else’s Guy” as its spirit animal, and bearing some resemblance to Miss A’s “Help Me,” the next track, “Follow Me” deftly melds peppy electro-pop with funk. The song boasts a grooving baseline with a sweet back beat—it would make Rick James proud—and a Parliament Funkadelic-like melody. Yet clear, girlish vocals and synth elements keep the song from straying too far into the funk, in which it may be out of its depth. Anything would sound like the coolest, most contemporary song ever after having listened to “In the Game,” but this one is a solid addition to the roster, even without the primer.

Smoothie,” track six on the album, is chill, adult R&B-pop that some may find soothing, while others may be bored to tears by it. An unassuming, electronic R&B beat, contemporary jazz guitar, and Rhodes piano—a cross-genre ‘70’s staple that sounds a bit like a muffled music box—give the song an urban adult contemporary feel. None of these elements is bad on its own, or even necessarily in concert. But when featured in an uninspired song (as “Smoothie” is), they make a bad thing worse, possibly even pushing it into smooth jazz territory (gasp!). To my mom, you top this off with a soulful voice and it’s good listening. To me, it’s a non-pharmaceutical sleeping aid. I take this song as an opportunity to rest up for the home stretch. 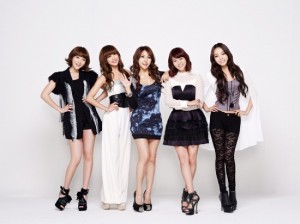 Thrusters are on full for the last leg of the trek with “2Night,” Full Bloom’s swan song. The track marks a return to energetic electro-pop after the album’s experimentation with adult urban contemporary and foray deep into the funk. Although it’s got its quirks, “2Night” incorporates features of the other songs, as well, serving as an appropriate conclusion to the album. A funk baseline, contributions from the brass section, rock and funk guitar riffs, synth accents, and youthful verve connect “2Night” with the other tracks. While a dance beat, doo wop piano, and a pop melody eerily similar to that of “Say You’ll Be There” by the Spice Girls set this track apart from the others. It’s nice to end an album full of romantic angst on a high note.

On the tortuous path from The First Blooming to Full Bloom, Kara has developed a winning approach to their music that, to them, doesn’t need tweaking. Gone is the youthful brashness of “Break It,” tempered by an acknowledgement of vulnerability and pain, maturity, and a stronger sense of self. The hints of hope amongst the lament throughout Full Bloom perhaps reflect the resilience that comes with age. At some point, hopefully we’ll see Kara exhibit the versatility that comes from years of experience, as well. 3.5/5