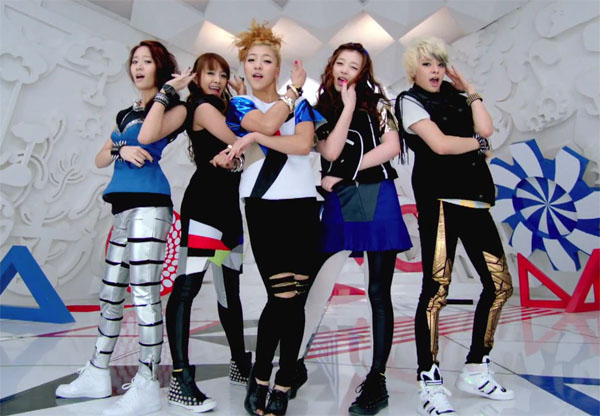 Quick! Name you favorite K-pop music video. What did you like about it? Was it the story line, or was it the song and the dance? Or perhaps the group itself? For most people, the choreography of a K-pop song is a key factor. While there are a lot of groups that are vocally centered, one of the biggest questions asked before a group makes a comeback is “What will the choreography be?”  Will it be something short, simple and cute a la Wonder Girls? Will it be something highly synchronized like one of SNSD’s larger performances, or will it be one to test the singer’s physical endurance such as Shinee? Either way, dances are quickly becoming a big part of a song’s success. For starters, let’s look at the recent viral hit of Crayon Pop’s “Bar Bar Bar.”

While people have debated the quality of the song itself, it’s the dance that has really jump-started the group’s popularity. Much like Brown Eyed Girls’ “Abracadabra,” this song has seen it’s fair share of parodies as well as covers. Just watching a live of the performance shows the dance’s appeal. When the main part of the chorus starts and the jumping begins, the crowd goes wild. The song is catchy, but it’s the dance that’s turned it into a phenomenon. Fans mimic the dance, critics know of the dance, and it’s created a Crayon Pop dance craze that hasn’t been seen in some time. 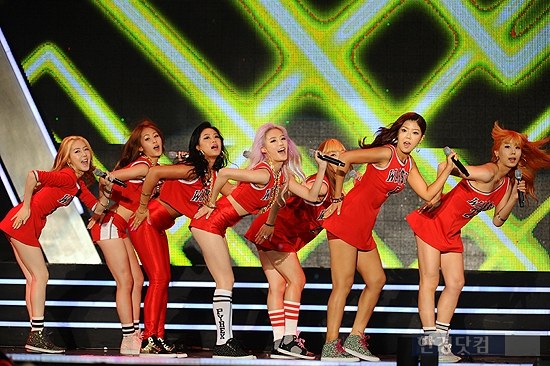 While Crayon Pop is a group that’s found success with a quirky dance, there are groups that go the more risqué route and earn just as much attention. Recently, rookie group WASSUP! hit the ground running with their twerking promotions and videos. Regardless if you feel this is a true dance or not, it had people talking and speculating. I have to imagine that many people looked into their live performance not to check their talent, but to see if there really would be live twerking on a K-pop music stage.  While this may not count as “success,” any attention a rookie group gets is good attention when it comes to standing out above the huge sea of K-pop groups that are continuing to enter the market. And they’re not the only ones to try to market a dance over the song.

Dal Shabet and Girl’s Day have both used a dance as the draw. This is not to say that their recent songs are of poor quality, but people seem to have more to say about what they’re doing than what they’re saying. Girl’s Day’s “splash” dance and bum wiggles were a complete 180 from their previous cutesy antics, and it’s a trend they followed up with through “Female President.” Dal Shabet’s “Be Ambitious” dance, while recently banned, still had people talking, clicking, and watching their video.

And we certainly cannot forget the biggest K-pop dance craze to hit the world on a global scale: “Gangnam Style.” Not only did this get Psy to the VMA’s and on a plethora of TV shows, he was given a part in a dancing video game. Now, that’s pretty big news. While it can be said that the entirety of the music video was what won over the world, his horse dance became a a global hit that reached epic proportions.

K-pop dances have really become just as important as the songs. Artists struggle to find the perfect names, and segments are now being created on shows just to teach the catchy choreography to eager fans. A comeback just isn’t a comeback these days without a noteworthy dance. It can be said that these dances are new ways of group exploitation, especially with girl groups and their ever increasingly risqué performances, but for a lot of people, it’s just what makes K-pop the genre we know and love.

What do you think? Are you in love with the dance craze that’s taken hold of K-pop? Or should the focus be brought back on the vocals?