Block B Wants You To "Be the Light" 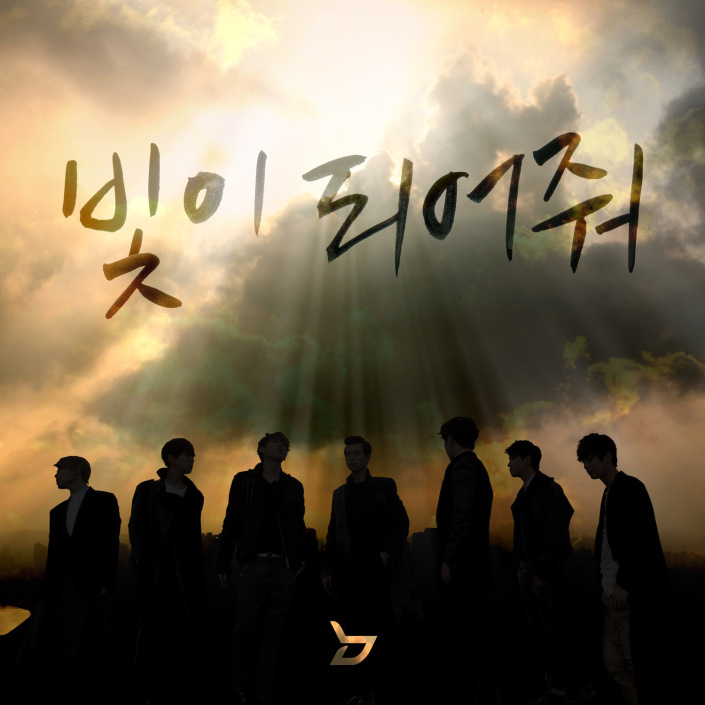 Block B has finally returned … kind of. The group, under new management Seven Seasons, has pre-released one of the tracks from their upcoming album and not a moment too soon. Fans have eagerly awaited any news from Block B ever since the injunction they filed against former label Stardom Entertainment was dismissed in June. It was announced that Block B would move to new management in August and BBCs everywhere let out a sigh of relief as they finally let themselves anticipate a comeback.

BBCs, your wishes have been granted!

This a MV that is best watched with English lyrics. Knowing the lyrics sheds a totally different light on the MV. On my first watch, I figured the song had something to do with love, perhaps an out-of-reach or unrequited love, but I was very wrong. This is far from just a love song.

Throughout the music video, U-Kwon is beat up by four gangsters. The MV does not say why but makes it clear that a mysterious woman is on his mind. The woman is shown only in brief moments residing in the same locations as the members but never at the same time. The closest she gets to interacting with the members is when U-Kwon, lying on the floor, reaches out. She does the same but they are clearly in two different places.

There are many ways to interpret this MV. I took it as symbolism for Block B’s past, present, and future. The past is represented by the gangsters and their thrashing of U-Kwon recalls the many controversies that have plagued Block B. Block B struggled with their image to the general public and they couldn’t seem to catch a break.

During the beatdown, however, all U-Kwon — or Block B, I should say — could think of was the woman. The woman represents Block B’s fans and her blissful ignorance of how tough things were for U-Kwon may be reminiscent of Block B’s thoughts towards their fans.

I don’t mean that BBCs didn’t know that Block B was struggling, but rather I see it as Block B hiding how exactly how tough the struggle was for them. Fans knew things were bad but they didn’t know how hard the members personally took it. U-Kwon reaching out to the woman was Block B keeping fans in their minds and hearts as they endured the beating.

The present is represented by my absolute favorite scene from the MV. In the scene, the gangsters have left and U-Kwon is writhing in pain on the floor. But he’s not alone for long as his members pick him up and carry him away. This scene emitted solidarity from every frame. 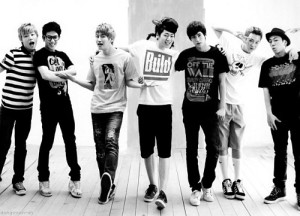 Block B sued Stardom as a group, not as individuals, and I think this showed their unity. They all recognized that there was an issue (or not, as the court has decided) and remained together. That Block B banded together and helped U-Kwon back to his feet speaks of their loyalty for each other and it indicates that their bonds have only grown stronger through their conflicts. Block B is a group; it is not “Zico and the Boys” or any other combination of that. They are equals, in this together, and that scene showcases this.

The future of Block B was hinted at in the last few scenes of the MV and it stirred up anticipation for the group’s comeback. “Be the Light” is a pre-release and their promoted single’s MV will be the continuation of this music video.

“Be the Light” ends with the members in a black, nondescript van wearing clown masks. Already, it is a bit chilling. I take this as the Block B returning with a vengeance. They have endured the beating and are now back, stronger than ever. This ambiguous ending leads me to believe that the following MV is going to showcase a grittier, unstoppable Block B and I wouldn’t have it any other way. 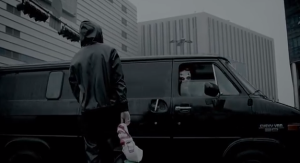 Now that we’ve finished dissecting the MV, let’s talk about the song. “Be the Light” was not what I expected from Block B. For one, it’s much more ‘pop’ than any of their previous releases. Also, Zico sings more in this than I’ve ever heard him sing before. And somehow, it works.

I never knew Zico could sing. Granted, he’s no Jae-hyo or Taeil, but he does a great job and his voice provides a nice contrast to U-Kwon who takes over next. The short break of music as B-Bomb sings breaks up the natural repetitiveness that pop songs traditionally have and his voice soulfully embodies the lyrics. I also liked Kyung and Zico’s restrained rap towards the end of the song. Block B can rap delightfully but this song called for a more somber mood and the boys delivered.

Zico composed, arranged, and produced “Be the Light” with his fans in mind and the lyrics definitely show that:

In other words, fans are the light that has guided Block B out of the darkness, helping them shine and show their full potential. The rest of the lyrics are equally wistful and heartfelt and it’s evident that BBC’s bring out the best in Block B. 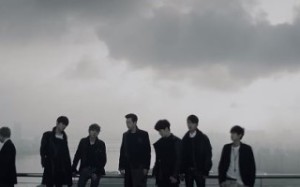 Block B has consistently released quality music and “Be the Light” is no exception. Although the style is different from their previous tracks, it still works. Furthermore, it gives the vocalists a little time to shine since they usually take a backseat to the strong raps that have come to define Block B.

The MV does a fantastic job of conveying the lyrics while giving us a glimpse into the minds of Block B and how they’ve viewed their journey thus far. The ending further excites me as it sets up the tone for the next MV. While I loved this softer, more vulnerable side to Block B, I’m looking forward to them taking control again and dazzling us with everything that makes them Block B.

Did you enjoy this pre-release from Block B? Excited for their comeback?