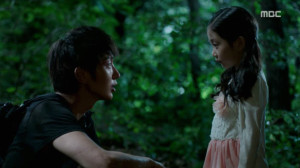 As we greet September it’s time to say farewell to another summer–where has all the time gone? Here are a few things to help you get adjusted to the coming fall after saying goodbye to a hot, hot summer.

The following are the top 5 Things that happened in K-pop last week that I thought were a bit more special than the rest. As always, if you’re not up to date with your K-pop and don’t like spoilers turn back now or prepare to be spoiled.

5. Falling in Love all over again

For the first time in years, because of the feud between YG Entertainment and KBS, 2NE1 appeared on Yoo Hee-yeol’s Sketchbook. The girls performed “I Am The Best,” an acoustic version of “Lonely” with Dara playing the guitar, “Do You Love Me,” and this live acoustic version of “Falling in Love” that was just perfect.

4. The Myths on Running Man

Having the men of Shinhwa on Running Man proved to be a classic episode. Kim Jong-kook probably experienced one of his worst episodes ever as Shinhwa had no fear of Spartakooks and were a force to be reckoned with. They overpowered the running men in a game of flag rugby and I think Kim Jong-kook was a bit on edge in this next hand slapping game.

Is it only me  or is Exo suddenly everywhere on the K-variety scene? Their first year of debut they were practically non-existent and now with their current promotion–they’re everywhere. Two recent appearances on Weekly Idol–once for “Wolf” and then for “Growl,” they made a special appearance on Infinite Challenge, Xiumin and Tao were on Gourmet Road, and a few of them got a gig on Immortal Song 2. Their performance of “It’s Still A Dark Night” impressed me, but was not enough to win the night from Bada.

G-Dragon just released his newest solo effort Coup D’etat. The song “Coup D’etat,” definitely wasn’t what most were expecting from GD, but I liked it. The song is slow and menacing like the images in the MV and seems to cover some deep issues that GD has with his fame.

While Good Doctor and Two Weeks are excellent dramas and Who Are You is good, Master’s Sun is probably my fave drama of the moment. I love the humorous element to it and the chemistry between So Ji-sub and Gong Hyo-jin sizzles. Although most of the time So Ji-sub’s character plays the cold hearted president and can be the worst kind of jerk, there are moments when prince charming definitely shows up.