Why We Love Photoshoots

Of all the variety show appearances, live performances, fan meets, and flurry of other promotions that accompany a successful drama or music release, perhaps the most satisfying of these are the photoshoots. Luckily for fans, the Korean divisions of various fashion publications such as Vogue, Marie Claire, and Cosmopolitan regularly use idols as models to fill the pages of their editorials. But in addition to the ample eye candy that photoshoots provide, they bring out the best of idols, and potentially help fans see them in a new light. Through photoshoots, fans can relive the best of OTPs and get to know them more. Through photoshoots, idols have another opportunity to play with new concepts, bolster popularity, and hopefully pocket a few bucks while they’re at it. From all sides and points of view—idols, agencies, and fans alike—no one loses out. Here’s a breakdown of why we love them: 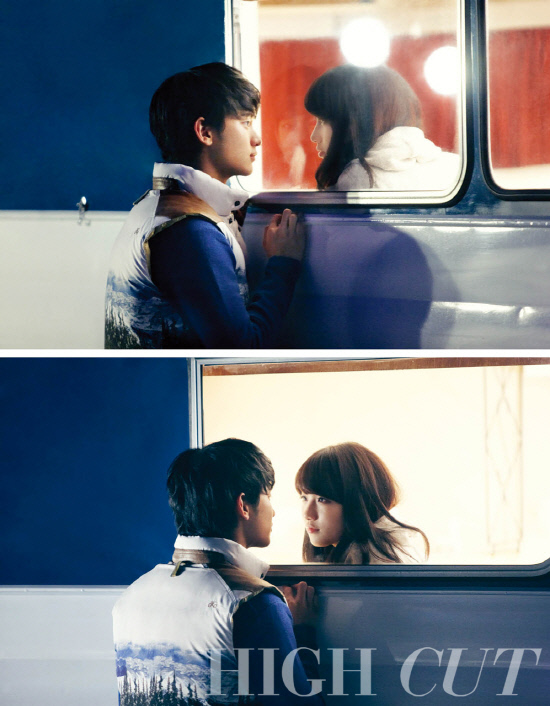 Photoshoots are often accompanied by interviews. Personally, I see a genuineness in these interviews that is hard to find in live shows or interviews. Gone are the excessive thank-yous and promises to improve, the nervous laughter and over-the-top humor that characterize on-screen interviews. One that especially took me by surprise was SHINee’s interview with GQ a few years back, as well as their recent interview with Nylon. SHINee that talks badly of SM, SHINee that doesn’t consider themselves as brothers or besties, SHINee that has a passive and poignant life philosophy—these revelations sadden the hearts of a fangirls much like myself, but I’m grateful and moved by their honesty and down-to-earth attitude. 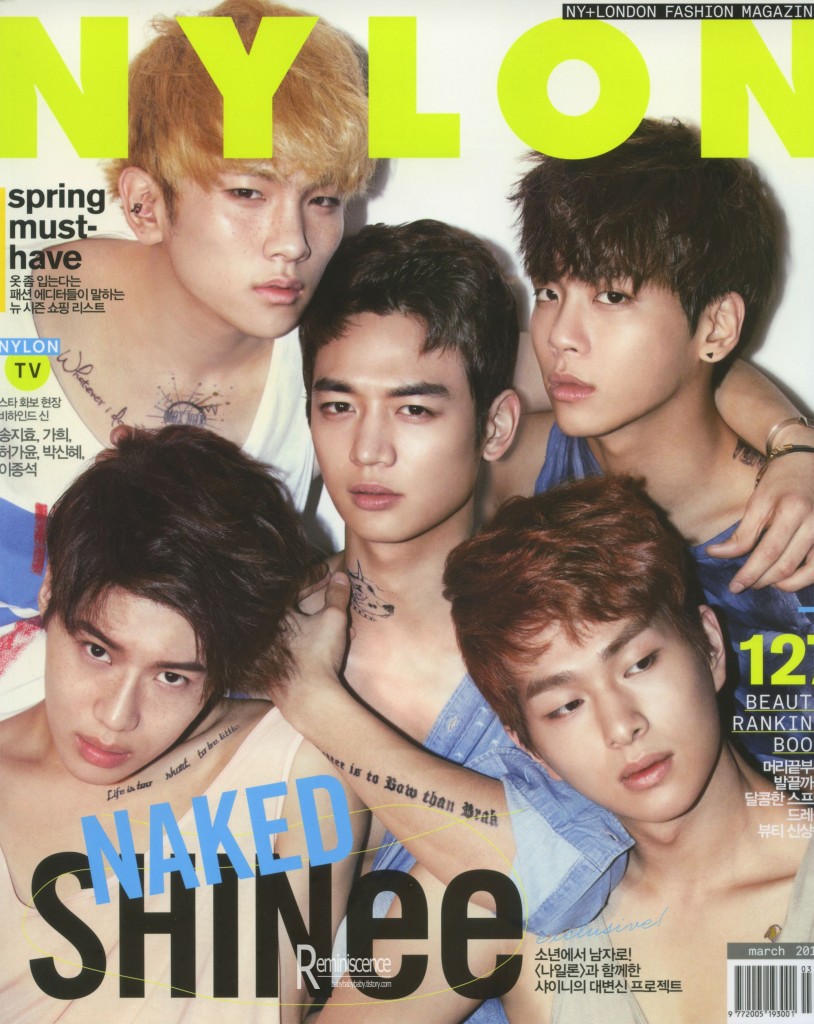 But the more significant products of the photoshoots are the photos themselves. Given the nature of the Korean entertainment industry and what it demands of its constituents, many idols already have the looks, flair, and drama necessary for successful modeling. But it’s probably for the better that idols only model as side-jobs to reinforce popularity and draw attention to their ‘actual work’ or to rake in some extra profit. Lately, I went out on a whim and watched a few episodes of the third cycle of Korea’s Next Top Model. Like its American counterpart, the show is overly dramatized in many parts, but it’s probably still fair to say that modeling in Korea is a career which is rigorous and stressful like no other. Photographers bite, directors nag and shake their heads, and models are left chafing under the demand for perfection and the desire for success. My guess is that idols who jump into modeling don’t face the same kind of pressure that fulltime models do. Although many them are considered fashion icons, the greater aim for idols in modeling is to promote themselves or to endorse a certain brand, not to highlight new trends in high fashion. In other words, idol photoshoots are generally ‘idol-centered’ or ‘idol-and-product-centered’ rather than fashion-centered. As a result, the themes of the shoot and the concepts in the idol’s current promotions are often well coordinated.

A prime examples of another favor photoshoots do for idols is Suzy’s latest photoshoot with Harper’s Bazaar and Geek. 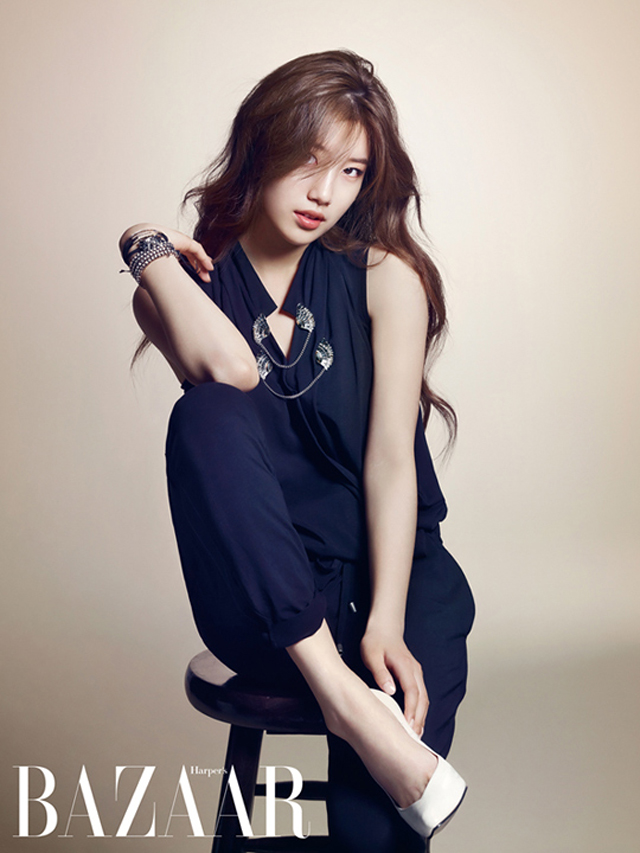 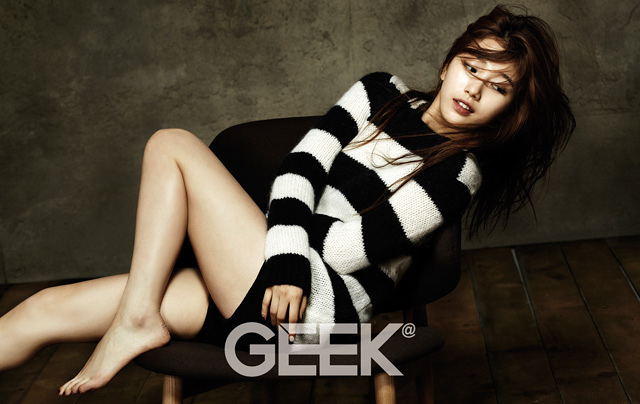 Is she Lee Hyori type of sexy? Probably not. She still gives off more of a ‘cute sexy’ vibe than a ‘feminine sexy’ one, but this tasteful edginess is certainly a step up from her usual wholesome, innocent look. Pictorials like these leave room for experimentation and give idols the means to present themselves from different angles, no pun intended. Suzy has yet again proven her breadth and versatility as a character, and comes a little closer to breaking out of the ‘nation’s first love’ glass ceiling. You know it’s gone too far when idols say things like:

I want to try out new things and I want to be sexy on stage, but the response is always, ‘Why are you putting that on Suzy?’. But when I wear feminine, white clothes, people say, ‘It’s pretty’, and ‘This is good’. So I end up wearing the feminine, white things anyway.

It’s high time people gave her a break from that classic girl-next-door image, as much as it may suit her—she’s capable of so much more, and shoots like these are solid evidence of that.

But one thing K-pop fans know best is that experimentation comes in many forms. G-Dragon’s latest foray into the world of Scottish gypsies for Vogue Korea is ethereal and unsettling, yet curiously beautiful. Coming from him, we probably could’ve predicted something of the sort, but even for G-Dragon, this is a ‘bigger and better’ embodiment of his artistic and whimsical nature. 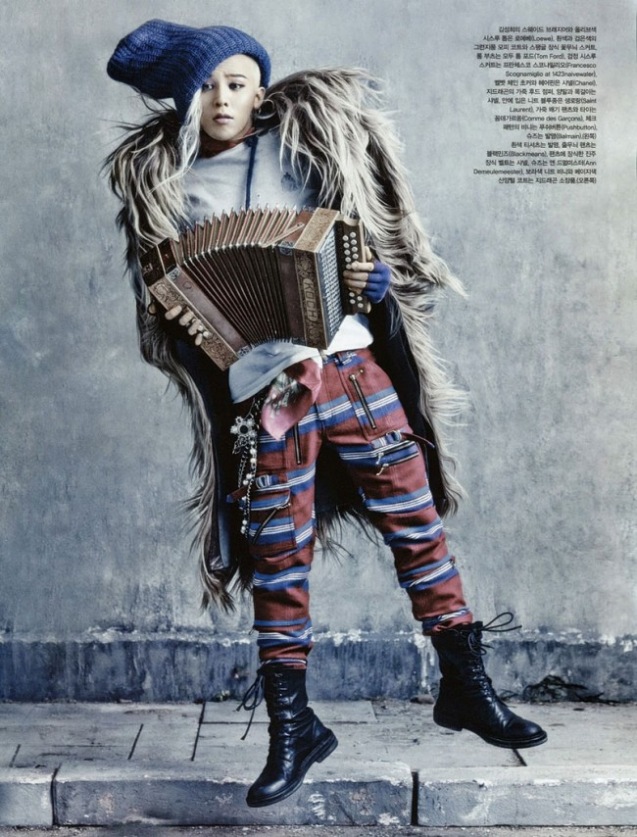 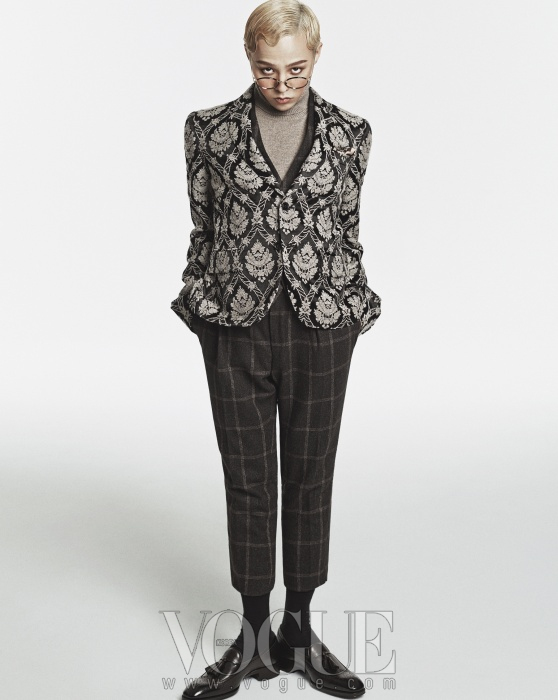 In the end, photoshoots leave everyone satisfied. Idols walk away richer, agencies profit from the extra promotions, brands sweep in earnings from fans who want to have skin like Yoona’s or heels like Sulli’s, and fans have their healthy dose of visual satisfaction. There’s little to complain about.