YG and CCM: Two Peas in a Pod 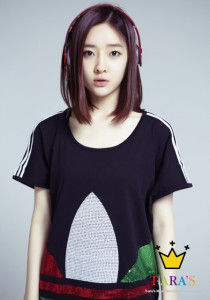 Kim Kwang-soo, CEO of Core Contents Media, recently announced that T-ARA would be removing member Areum, who had only been added last June, and that Dani would be taking her place in the sub-unit T-ARA N4, but not T-ARA itself. He announced that SPEED would be adding two members, but they will be ‘project members’ so their place could be temporary. He also announced that girl group 5Dolls would be experiencing a two member addition. 5Dolls were joined by Nayeon in February 2012, then later by Shannon and Jihyun to promote for their comeback, but Shannon and Jihyun have now left the group. To fill their sports, Cho Seunghee and THE SEEYA’s Yeonkyung will join the group. Yeonkyung will be active in both 5Dolls and THE SEEYA.

What the heck is Kim Kwang-soo doing?

Mess after mess, Kim is driving his company to the ground. T-ARA, one of the up and coming girl groups, eventually suffered from the unwanted addition of Hwayoung, that technically led to T-ARA’s current unfortunate situation. His blunders and ridiculous statements at the time made the situation worse. Now he is changing the line-ups again to three of his groups, something unneeded and unnecessary. The new members of SPEED are not even going to be actual members, but project members. If they screw up or aren’t liked enough they will be easily kicked out.

With all his screw ups and the deep hatred for him by K-Pop fandom, Kim Kwang-soo’s business tactics and means of operating echo ‘Big 3’ Y.G. Entertainment CEO’s Yang Hyun-suk. 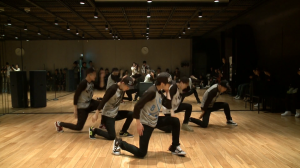 A month ago Yang Hyun-suk himself announced the debut of a new boy group. Finally! He had announced said group back in November 2011, and they were meant to debut in the second half of 2012. It seemed like he was finally coming through, except there was a catch. There would be two groups, A and B, and public voting would determine which group would get to debut after just ten episodes of a televised show. The final group would end up with the name WINNER, and “the loser group may be broken up or face member replacement.” The show WIN‘s postponement date, July 26, has come and gone.

Not to mention his ‘YG Girls’ Generation’. He promoted his new girl group as the hip hop version of SNSD, and completely plastic free. Announced in 2011, they were meant to debut in 2012. Then February of this year rolled by, YG announces that they would debut after summer. Now YG has apparently dropped his hip hop SNSD group, and has decided to try a new tactic. From October onwards, YGE will debut one or two members to see if the “audience likes them, then we will move on to forming a proper group.”

With this, he’s been media playing trainees that might be in the group like crazy, releasing practice videos and images and not confirming anything, even touting that a trainee was dropped. But confirmations aren’t solid in YG’s book. Kim Euna, who was previously confirmed to be in the group, was last month announced to have been dropped from the group.

What of SuPearls, the eagerly anticipated K-pop Star finalists. They were so close to debut, then Lee Hi found instant success and the group was dropped or, according to YG, “they decided that they should break up for the benefit of each other.” 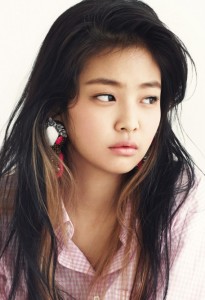 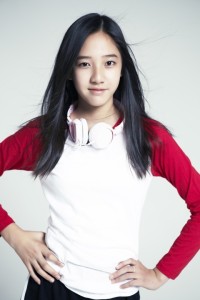 As much as fans call Hyun-suk Papa YG, he is one terrible businessman. He takes on more than he can handle, delays comebacks, groups, music videos, album/digital releases, and makes announcements then changes them when the time of his previous announcement comes along. His faith in what he produces is honestly similar to Kim Kwang-soo. YG can’t even decide for himself which boy group should debut or decide for himself who should be in his new girl group. He botches up his statements similarly to Kim. It’s different, but the disdain that follows is similar.

But why does YG get away with such bad ethics? How are there people who wholeheartedly support YG’s idea to publicly show the dreams of hardworking boys being crushed because of only ten hours of TV? YG automatically gets an easier pass due the longevity of his company and the fact that he’s in the Big 3. But, it’s also due to the concept YG pushes. YGE is “real” and cool. They’re all about their artists and “real music.” These ideas let YG get away with bad business under the guise of “music.” The love of his most profitable groups, Big Bang and 2NE1, helps immensely as well.

Yang and Kim aren’t that different. Kim removing members is the same as Yang and his trainees. WIN and the solo debuts of YG’s girl group is similar to project members. If the public doesn’t love you, you’re out. Heck, Jennie Kim is Dani, though I can honestly say that I like Dani much more than Jennie. Both YG and KKS do bad business, yet Yang is ‘Papa YG’ and Kim is “the evilest man in K-pop.”

Yang Hyun-suk and Kim Kwang-soo, YGE and CCM, both are held on completely different levels, yet the similarities are striking.