Roundtable: Getting Past The K-pop Gag Reflex 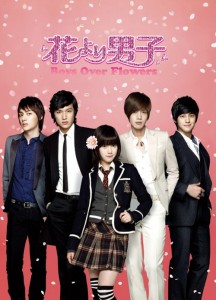 We’ve talked about songs and other things by biases that we haven’t been able to digest, no matter how much we love them… but we’ve all managed to force at least a couple of things down, right?

Has there ever been a time when you’ve forced/coaxed/brainwashed yourself into liking a song/drama/variety appearance for the sake of your bias? And what are your methods?

Amy: I’ve never forced myself because of a bias, but I do watch a lot (a LOOOOOOT) of dramas I don’t really like/find really irritating just for the sake of finishing it. I’m pretty patient with bad TV, what can I say? This definitely happened with Big (why why why), Boys Over Flowers, Flower Boy Ramen Shop and way more that I can’t even name. For me, bad TV is way more palatable than bad music.

Shweta: I completely agree, Amy. There’s a common saying in K-dramaland that “Life’s too short for bad dramas,” but apparently that that is not my modus operandi in the slightest. While I easily skip bad K-pop, I’ve seen far too many sub-par dramas. Examples include, Boys Over Flowers, Oh! My Lady (I’d like to say I watched it for Chae Rim, but that’s not the case…I admittedly watched it for Siwon back when I only knew about Super Junior), Manny, and Spring Waltz. I guess watching bad dramas has to do more with the time investment aspect, than a love for a bias. Skipping a song is very easy; it’s just a matter of pressing skip, moving onto the next song, and forgetting the last one even happened. 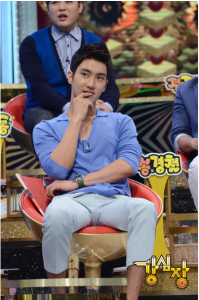 K-dramas are not like that, because there’s a long term investment involved. It’s hard to choose what to let go of because the quality of a show can change at any moment. Sometimes you hold out in hope that a show will get better, other times you find out that a show hit the gutter when you are far into the drama. After spending several hours watching, you might as well complete it, right? Why make those first few hours go to waste? It’s under that (overt) reasoning that I watch “bad” dramas. However, I’ve more recently been able to drop shows that have fallen under, accepting that it just is better for the soul to not subject yourself to torture.

Ha, who am I kidding? The truth behind the statement above is probably that I’m no longer that wide-eyed drama watcher that’s captivated by the K-drama style and concept, more so than the narrative and quality of said drama (i.e. I quit self-brainwashing–for the most part).

Gaya: I find that I’m the opposite; I’m not going to put myself through a drama I don’t like just because of the amount of time and effort involved — I barely have time for the dramas I want to watch. I find bad music (marginally) easier to stomach because songs are so much shorter.

But variety shows are the hardest for me; I want to stay in the loop on what idols are saying, but the second-hand embarrassment is overwhelming at times. My usual method of dealing with this is to cover my eyes and ears, checking periodically to see if it gets better.

Ree: I wouldn’t say it’s getting past the K-pop Gag Reflex, but I can definitely say I can no longer tell if I genuinely like something or have been stolkholmed into liking it anymore. It happens to the point where I don’t even register ever having disliking it. There are so many music reviews on albums and singles I’ve done, where I’ve sung a praise for a particular song and saw nuanced merits in it, when in actuality it was probably terrible. I don’t know if it’s automated lower standards, or if my exposure to K-pop has actually degraded my taste. 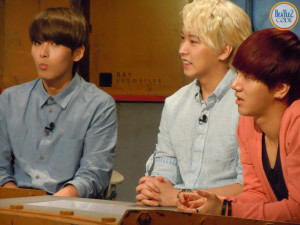 Oh, actually. I have endured all Beatles Code episodes for every artist I’m even remotely interested in.

But I can agree on the degradation of taste; once upon a time I used to listen to songs performed by classically trained and seasoned artists. Now, I get excited when an idol sings slightly off-key because it means that they are at least singing live.

Actually, I think I need help, too.

Mark: I don’t force myself to like anything because I have like zero artist loyalty, and also because K-pop comes at a mile a minute. There’s no need to settle on something I find sub par when the next release is just around the corner.

What I do have to cram down my throat though is the endless stream of what passes for K-pop “news.” Fine combing certain “news sites” for nuggets of news that I actually care about while browsing through tons of crap can be a daunting daily chore. Sometimes I feel like if I have to read one more headline on an idol’s recent selca, I’m going to bash in my screen. I hope no one ever feels this way about our site! We try to bring you only the most relevant of topics, don’t we?

Miyoko: I think “brainwash” is more accurate for me. My theory is that if you listen to any K-pop song enough times, you’ll start to like it. This has happened to me on several occasions when I bear a song for the sake of watching the MV. I find the part I like, listen to the song for that one part, and then eventually I’m on board for the whole thing. 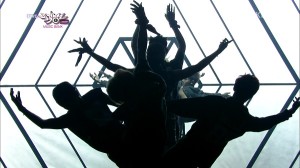 Lindsay: Yeah, I’m with Miyoko on the whole brainwashing because that’s how I was with “Wolf.” I still think the song is terrible and the only bad track on the album, but I really enjoy the verses. I tolerated the raps and the chorus for the sake of the verses, and eventually I brainwashed myself into liking the whole song.

However, I also have immense loyalty to select artists, namely Shinee, Super Junior and DBSK (I’m an SMTOWN whore, what can I say?). And even though I can admit that they have released some downright terrible music after I rub the fangirl tears out of my eyes, which takes a lot of begrudging effort sometimes, I’m okay with it.

I approach K-pop, actually pop music in general, with different standards than I approach other genres. Since it’s more like junk food to me — it looks and tastes good but has little nutritional value — I’m not that picky, but I also don’t limit myself to just listening to K-pop either. 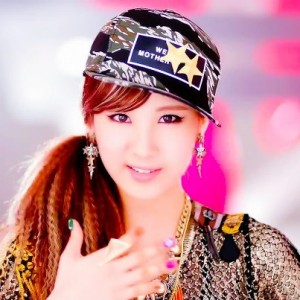 Ambika: Getting on the brainwashing train. I think K-pop does a pretty good job of making performance so integrated into the sound, especially with having groups perform so often on music shows. Even if a song isn’t really my style, if I like the choreography or how it’s performed, I usually end up playing it enough to think I actually like it. Or, what’s worse, I’ll play a song multiple times to make sure if I actually like it or don’t like it, and I inevitably end up finding it catchy. Case in point: SNSD‘s “I Got a Boy.”

I can’t make it through dramas for anyone. I’ve tried multiple — Athena for Siwon, Coffee Prince for Yoon Eun-hye after a marathon of X-man, Gu Family Book and The King 2 Hearts for Lee Seung-gi, and numerous others. If it’s not interesting enough to me, then I just don’t make the effort. Hour-long episodes just aren’t worth it.

Johnelle: It wasn’t quite a gag reflex, but I do think I had to convince myself that I liked a couple of songs off of Big Bang‘s last releases. Am still not a huge fan of “Hands Up,’ “What Is Right,” Stupid Liar,” and “Love Dust.” And actually, the first time I heard “Fantastic Baby” I was like “WTF is this?” It wasn’t until the MV was released that I began to love the song (or brainwashed myself into loving it).

Seriously, the only thing in K-pop that brings out the gag reflex in me are songs with too much aegyo. I’m sorry, but pretty much anything Orange Caramel promoted makes me want to yack–I’ve tried to like it because I do/did like After School, but the aegyo is just too much for me. A couple of aegyo-riffic songs I have been able to swallow: SNSD’s “Oh” and “Hoot,” and Secret‘s “Shy Boy.”

As for dramas, definitely lived through Boys Over Flowers and Mischievous Kiss for Kim Hyun-joong, Heartstrings for Jung Yong-hwa and am currently holding on by a thread to finish You’re the Best Lee Soon-shin for Jo Jung-suk, IU and Yoo In-na.

No, there is no force for Jun.K, only irrational amounts of tears and probably more love that I could ever give even to my future first born. And I don’t need help. I just need Jun.K.