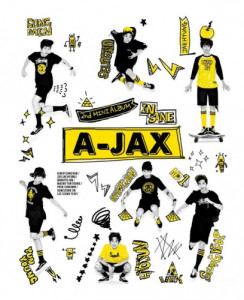 A-jax, the first male group to come out of DSP Media since successful quintet SS501, had a stellar start with pre-debut track “Never Let Go.” But since then, the septet has struggled to produce more than mediocre music. Perhaps it’s due to DSP’s slipping management skills and, by extension, poor song choices.

Besides the fantastic second single “Hot Game,” there are few songs by A-jax that I truly like. “2MYX” is passable as the ’90s sound and Michael Jackson tribute in the choreography redeem it, but on the whole their songs are mostly forgettable, even “One 4 U” despite the attempt to put their lofty name to use in the music video.

Thankfully, their newest single “Insane” finally takes A-jax in the right direction. The song takes the ’90s sound of “2MYX” and combines it with the current electronic music trend, making for the perfect segue from their last single. Its appeal comes from bringing in the powerful edge of “Hot Game” though it takes the de-constructed form further. It builds with a crescendo and increasing layers to a pause; then the high-powered chorus comes in. The song makes several of these quick transitions, but the it’s about being insane because of a girl so the fast changes between sections make sense, especially since the music video capitalizes on that.

While the feeling of insanity from a girl playing hard to get isn’t usually a medical diagnosis, this girl must be really hard to get. Or maybe she’s running away because they’re all narcissists who hang out in rooms of mirrors and weird cat men.

Humor aside, the music video is actually quite interesting, though confusing. A doctor and two nurses treat Seungyeob, who plays the main role of the patient, through hypnosis. Rather than subduing him, the hypnosis seems to incite his fits of insanity, consisting of flashing lights and stereotypical “crazy” behavior, so that the moments of lucidity he has are few and far between, which prevents him from escaping. All of this is intentional since they monitor him on a security camera. In this sense, the doctor and nurses appear to be representations of the girl in the lyrics, stringing him along and playing hard to get — consequently driving him insane. 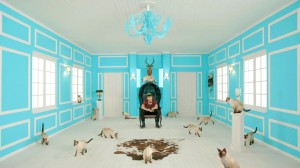 While the others take turns flashing in and out of the sick room all dressed in hospital gowns during the fits of insanity, they spend most of their times in bizarre rooms. Each room is different. There’s a room full of mirrors, a black and white checkered and striped room, a hot pink room full of siamese cats, plus an aqua twin also full of cats that flips upside down at random.

It’s all strikingly odd, but it makes sense when noting that what’s happening in the hospital room affects what’s happening in the “insane” rooms. For example, a fan in the hospital room knocks someone over in the checkered room. It blurs the line between insanity and reality. Each room thus is an abstract manifestation of Seungyeob’s mind, making it seem like each member is a part of Seungyub which denotes multiple personalities. At this point, there is a divergence from the song’s lyrics as this implies an internal struggle, rather than an external one.

However, by the end, the key to the room randomly appears in Seungyeob’s hands. It’s unclear whether he has resolved his insanity or simply because of the lack of “treatment.” Either way, somewhat dazed, he manages to make it out and escape in one piece.

Visually, it’s intriguing but confounding; it’s supposed to be insanity so that makes sense to a degree. But all of the symbolism is difficult to perceive in a single viewing. Instead, it just seems repetitive, particularly since the plot that there is is slow moving and unclear. It weakens the video to an extent.

Here is where the the choreography would have helped tremendously, but it’s missing. With most songs, all we get is a “dance in a box” music video, but in this case we see hardly any of the choreography — the little bit we get is at the rap break, which isn’t even much. The choice to not include it is sorely disappointing since the dance is actually fitting and quite well executed, particularly the chorus and the ending.

While it’s great to see A-jax breaking out of the mold, it would have been better if there was more movement with a clearer plot, and dancing could have served to break that up.

But the music video does well enough on its own. Though it is repetitive, the song is much stronger than the previous singles they’ve released, and the visuals of the music video are eye-catching and interesting since it fully embraces the concept. I hope to see A-jax continue in this direction musically.